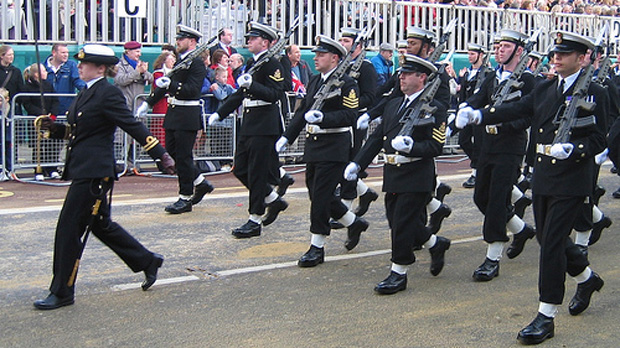 The times, they are a’changin.

It seems that the youth of America are getting too fat to join the armed forces. Our sedentary lifestyles have made us ill-prepared for military training and injuries during boot camp are on the rise. What ever will they do?

In an article in the Navy Times newspaper, Navy Surgeon General Vice Admiral Adam Robinson has suggested that games such as Wii Fit and Dance Dance Revolution might be used as part of the training process. The theory is that games will be more approachable a concept and encourage recruits to keep moving.

My parents’ generation thought that they could bring down the military-industrial complex with love. Turns out they might have had more success with Twinkies. God, I love this country.