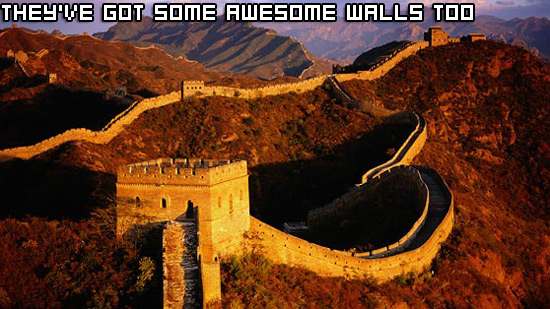 Yahoo, via Next Gen, is reporting on some choice yet depressing words from Nintendo Prez Satoru Iwata revealing the company’s current and near-future plans for their Wii console. Of very little interest to any of you — we aren’t huge in China — is Nintendo’s plans to launch the Wii in the Communist state in 2008. Iwata has stressed the company’s intent to produce games specifically catering to that region, so expect motion controlled Tibetan oppression minigames and the addition of one billion Miis.

More importantly to those of us not living in the PRC is Iwata’s declaration that “We’re absolutely not considering a price cut” for the system. While the PlayStation 3 and Xbox 360 have both seen price cuts, Nintendo is still having issues meeting demand for the $250USD system, so dropping the price would seem anti-capitalist at best. That may be in keeping with their expansion into China, but I’m getting tired of making jokes based on the thin premise that China — a country whose socio-economic climate is more intricate than their fine silk garments — is still fueled by the blood of the proletariat. Such claims would be overly simplistic and while superficially accurate, simply do not express the complexities of a country so intent on becoming the next economic, technological and governmental world power.

No, there was no hidden joke there.