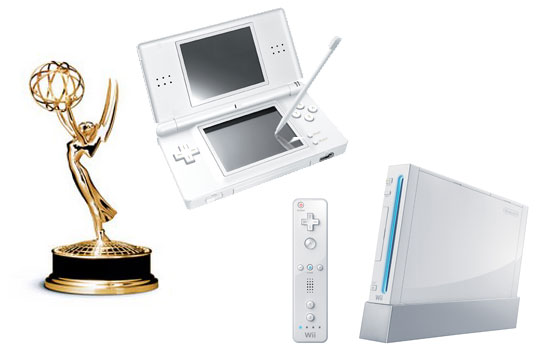 Well it wouldn’t be a Tuesday unless Nintendo were winning an award, now would it?

At yesterday’s Technological & Engineering Emmy Awards in Las Vegas, Nintendo was honored by the National Academy of Television Arts & Sciences with an Emmy Award for excellence in engineering creativity. Both the Wii (for its motion-sensing controls) and the Nintendo DS (for its touch-screen controls and dual-screen display) were recognized.

“The pioneering interfaces for Wii and Nintendo DS reflect our long tradition of seeking new ways to enhance the gaming experience for users at every level,” said Don James, Nintendo of America’s executive vice president of operations.

James and the folks at the Nintendo must be feeling pretty good about themselves. Pools of money aside, this is second Emmy Nintendo has received; last year, the company was recognized for something you might have used a few times — the D-pad.