In the latest issue of Batman, there is a two-page spread Wii advertisement, in 100% comic-book art style glory. In it, some shaggy haired youth is transported, by the power of the Wii, into his games! I mean … he’s really in there. He even has a spin attack!

Nintendo seems to have taken a page out of this guy’s book, and (fleeing) cats will forever be associated with the voice of reason in the face of Wii weirdness.

Make the jump for the entire scan. 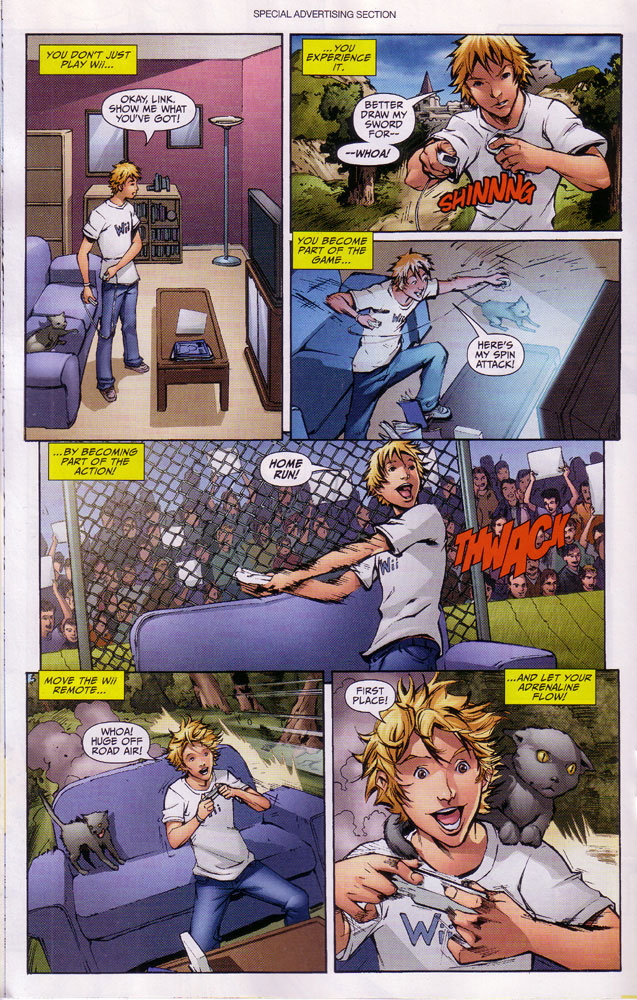 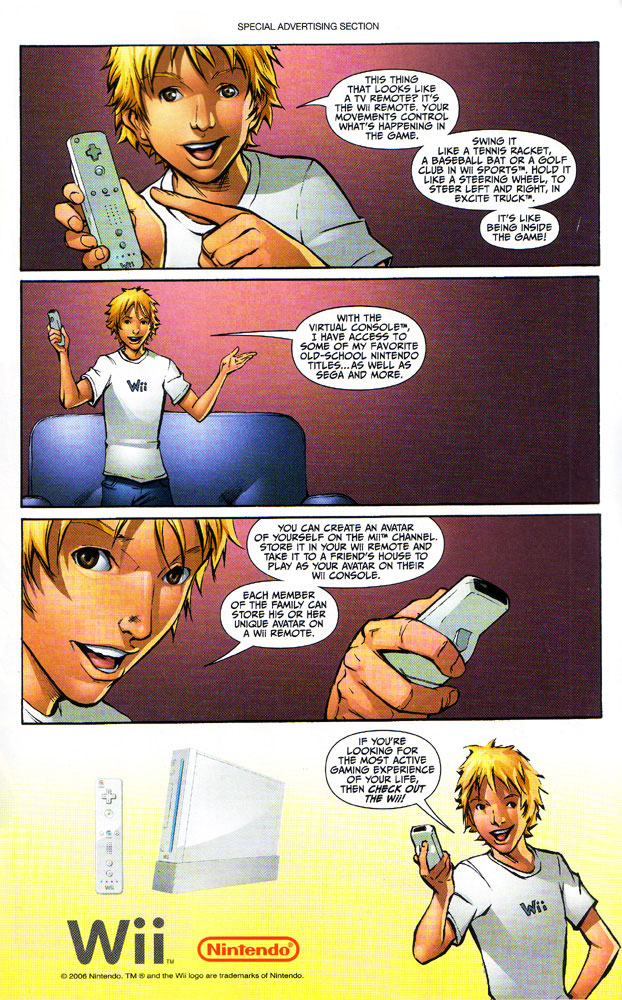 Well, after reading this a few times, and giggling about how … silly it is, I just don’t know what to make of it. I don’t really think that is an unsuccessful ad campaign, since the target demographic are about the same. But that being said, nobody who reads Batman hasn’t heard of the Wii or already formed an opinion.

In a few years from now, we’ll look back at this as a “Huh…well that was interesting” moment in Nintendo history and laugh at how bizarre this thing is. Good times.