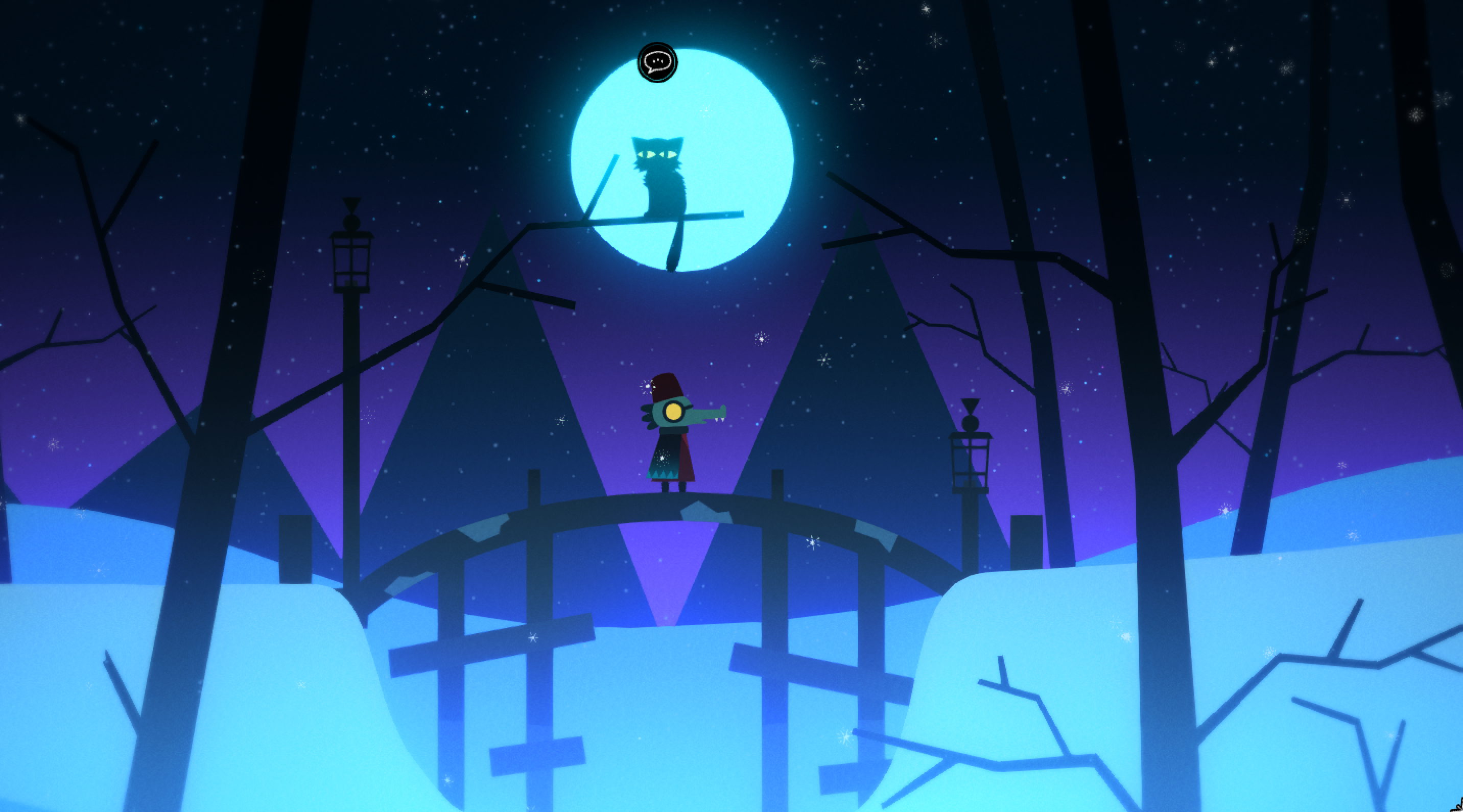 A ghost story for some of our longest nights.

I love dark winter nights. If it’s below freezing with snow piled on the window sills and wind whipping through frozen tree branches, then even better. I definitely don’t want to be out in those conditions, but late December evenings are the perfect backdrop to some of my favorite winter traditions. I’ve abandoned a lot of those tinsel-covered activities and replaced them with things that I like more.

While my list continues to grow, it currently includes playing Nick Offerman’s “Yule Log”, gifting new clothes to loved ones to protect them from the Yule Cat, and reading ghost stories on Christmas Eve. I’ve adopted these things over the years from my hobbies and from the stories people tell me. Now they bring me joy when I need joy the most.

Playing Lost Constellation is one of the more heartwarming activities on the list. It’s an hour-long supplemental game to Night in the Woods. It begins with a young Mae chatting with her grandpa during their Longest Night holiday, and Mae wants to hear a ghost story. The story he tells her is the game we get to play.

Lost Constellation follows an astronomer named Adina Astra who has one goal: travel through the Forest to the Frozen Lake on Longest Night to find the Ghost Star. Adina will meet interesting characters, like the wolf who offers to go find her frozen body and bury her, for a fee upfront of course. She’ll have to take on the god of the Forest, outsmart a witch, and build a small army of snowmen. In the end, she comes to Frozen Lake to reunite with her deceased girlfriend, a fellow astronomer who died searching for the fabled Ghost Star a year earlier.

Fans of Night in the Woods know how emotional the storytelling can be. As irreverent as its snappy dialogue is sometimes, scenes usually culminate in a perfectly delivered line that hits you right in the heart. Even though it’s only an hour or two of gameplay, the story is exactly what you’ve come to expect from the Night in the Woods games.

So why am I talking about this supplemental game from 2014? Because I think it makes an amazing tradition to add to our own darkest and longest nights. Every year, I make hot chocolate or brew some mulled wine, pour a bowl of popcorn, and play through Lost Constellation.

In the 1800s-1900s, telling ghost stories on Christmas Eve was a tradition in most households, and the longest night is the Winter Solstice. In Mae’s universe, Longest Night seems like a mix between the two holidays, so it’s a perfect game to play during the last couple weeks of December.

More than that literal connection though, the game is about loss. Adina risks her own life to fulfill a promise to her lost loved one. She travels through the longest night in a frozen forest full of ghosts to find a star that houses the dead. As sweet as the game is, the metaphor is right on the nose. The holidays can be a dark time for a lot of people.

A close friend of mine decided that the winter solstice of 2020 would be his last longest night, so I know that sometimes the cold can make its way inside of us. The little things that we look forward to help to keep the nights a little warmer, when we miss people or just want to feel a bit sentimental.