This week, Game Informer guest editor Chris “Warcraft” Kluwe confessed that Xenoblade Chronicles wanted to make him punch a kitten. However, it wasn’t due to the game being bad, it was due to him loving it, and the resulting frustration that it was on the graphically inferior Wii.

“The graphics. Dear god, the graphics,” he wrote. “I can’t decide whether the technical capabilities of the Wii make me want to projectile vomit or take a 12-gauge to my television, and it makes me angry enough to mail a severed unicorn head to Nintendo’s main office because this game deserves better.

Here’s the thing, though. Had the game been on Xbox 360, PS3, or the inevitable Wii U, I don’t think it would have been better. In fact, I sometimes fear that the Wii represents the swan song of the Japanese RPG as we know it. 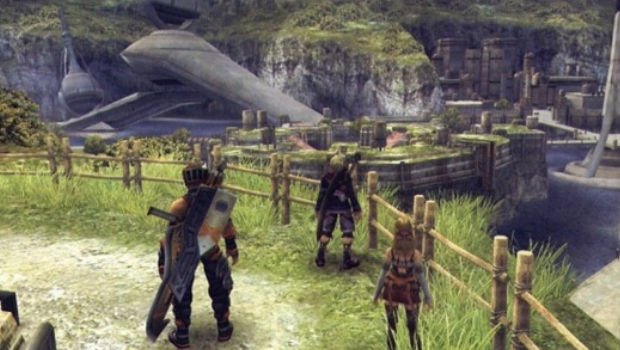 Let’s face it — games are ridiculously expensive to make. Expensive to the point where the entire business model looks pretty damn broken. We have developers decimating their workforces or even closing down before or after releasing a major “AAA” title. We have games costing millions of dollars to make, and publishers expecting success on par with Call of Duty in exchange for their investments. Games are big business, throwing big money around, and graphics are a huge part of that system.

As games get prettier, they tend to get more expensive. Building new engines to take advantage of graphically insane consoles and computers takes time, effort, and lots of cash. It also tends to require some restrictions on what you can do with your game. For example, Gears of War still looks pretty damn lovely, but its action takes place within very tight and linear corridors. Had the game opened up, it would have had to have taken a graphical hit.

The only game that has managed to look amazing and retain large environments has been Crysis, but it is still an anomaly in this industry. There are few studios capable of what Crytek is capable of. Certainly, there are few makers of traditional RPGs with the cash and the resources for that kind of craziness.

Huge games like The Elder Scrolls V: Skyrim can look pretty thanks to good art direction, but they’re also damn glitchy, and have to cut corners by reusing textures and environments. They’re almost pieced together like LEGO constructs, with pre-made building blocks pieced together, and you can clearly see the proverbial puppet strings if you look at it long enough. It gets the job done, but it’s a very Western thing. It’s not the long, huge, open, varied, handcrafted kind of chicanery we’re used to from Japanese role-playing games. 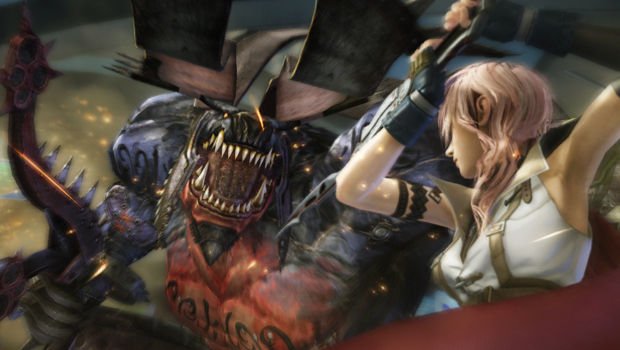 For an example of what the high definition generation has done for the genre, one need look no further than Final Fantasy XIII. The game took over half a decade to make, and whether you like it or not, there’s no denying that it still lacks the scale of past Final Fantasy games. I got a lot more out of the comparatively ugly Final Fantasy VII than I’ll ever get from XIII. A greater sense of freedom, a longer time spent playing, and a far deeper sense that I was part of a large, fully realized world.

By its own admission, Square Enix has struggled to get everything it wants in a Final Fantasy while also providing the kind of visuals we expect this generation. No less than an entire game’s worth of content was cut from Final Fantasy XIII, because the size had to be kept down. Square has also said in the past that HD technology is too demanding to make the kind of big JRPGs we used to enjoy, and this demand is also the reason why we haven’t had any confirmation of an HD remake for Final Fantasy VII.

Final Fantasy VII took up to four years to produce, but Yoshinori Kitase suggested that it would take over a decade to get VII looking as good as XIII. It makes sense — VII is simply a far bigger game, far more ambitious than XIII in every way (outside of graphics). There’s a reason why so many good JRPGs have found homes on portable systems like the DS and PSP, rather than home consoles. You can actually make traditional experiences there, without the crippling graphical expectations holding them back.

This is why I am saddened when I see someone complain about Xenoblade Chronicles being on the Wii. I feel that if we’d had it on any other system, it wouldn’t be Xenoblade Chronicles anymore. Yes, the graphics are muddy and jaggy (I started playing it without glasses to make it look smoother!) but I don’t think I’d have had it any other way. To get those sprawling open fields full of monsters, to get that wonderful level of variety and intricate world design. To get that huge experience and the sense of a world that truly was alive, I think Xenoblade needed to be on a system where there was no pressure to produce visuals on par with Crysis or Final Fantasy XIII. You can keep your prettier graphics — I want a better game!

The Wii was a great place for mid-sized developers, and while the system never quite realized its potential as an oasis of creativity, I nonetheless appreciate the titles we’ve seen on it. I think games like Xenoblade Chronicles and The Last Story have only been possible because the Wii “holds them back” in the visual department. The precious visual department holds games back in every other way. As much criticism as the Wii has had (and I’ve shared mine over the years), I will be grateful for it standing as the last bastion of the term, “gameplay over graphics.” 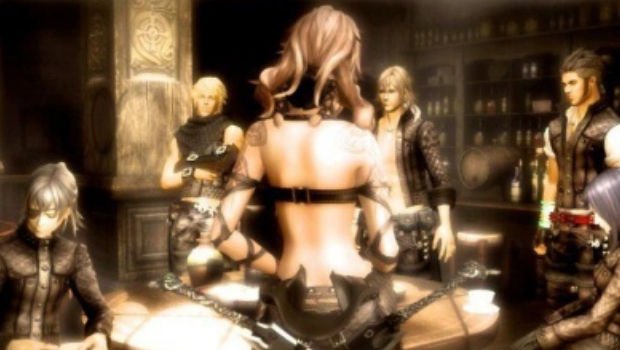 The Wii lacking HD output has, in my opinion, been a good thing in the long run. Without that expectation for high definition visuals, it’s allowed developers without Square-levels of money to focus on creating good games first, and worrying about the juicy eye candy later. It’s the kind of focus that few games on the Xbox 360 and PS3 could dream of getting away with. Yes, when you upscale a Wii game to HD it tends to look much better, but the fact that the upscaled version isn’t the expected version eliminates the consumer’s demand for ridiculously pretty games and allows the developer to focus on what really matters. When we play a PS3 game, we expect it to look very good, unless it’s a budget game (which carries its own stigma). When we play a Wii game, we’re expecting something far less flashy. I can’t imagine the relief such reduced expectations must be for some studios.

I am a little worried about the Wii going away, replaced as it inevitably shall be by the high definition Wii U. I’m worried that the makers of Japanese RPGs with modest budgets will no longer have anywhere to go if they want to make an ambitious game on a home console without getting snubbed. The handheld market will truly become their only sanctuary. At least until game development gets significantly cheaper, and I don’t see that happening anytime soon. Not with modern technology consistently pushing the goal posts back.

Games like Xenoblade Chronicles have to look like shit. They have to make Game Informer editors want to punch kittens. If they didn’t, they wouldn’t be the same games anymore. Yes, they’d look nice — and I love a gorgeous game as much as the next person — but they wouldn’t be all they could have been. To think that a game’s potential is only unlocked when it reaches a certain graphical quality is a little blinkered, if you ask me. As far as I am concerned, Xenoblade Chronicles reached its potential, and it did so because it was focused on being a game, as opposed to an art department’s masturbation session.

Soon, those who have spent years complaining about Wii games not being in HD will get their wish, and we’ll have HD games forevermore.

I hope they like the imprisoned, neutered, but oh-so pretty games they were asking for.