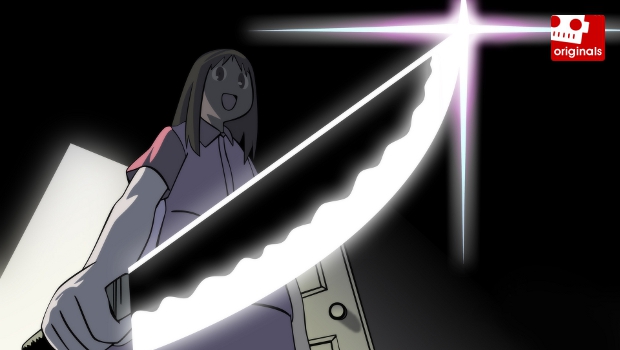 A few weeks ago at GDC, Mare Sheppard of indie game company Metanet told a small but packed conference room what she thought about Women in Games initiatives; her conclusion was less than favorable. Although she supports the ideas that they strive towards, Sheppard criticized such initiatives on the basis that they perpetrate the same harmful traits that they seek to oppose: labeling and exclusivity.

It is far from the first time this argument had been made against counter-movements in game culture, especially concerning gender inequality. We often see the same thing levied at the concept of “girl gamers,” services that rely on their presumed rarity, game critics who call for more strong female characters, and conferences/award ceremonies focused around women. The claim sounds somewhat fair — these things are predicated on labels and prejudices that they are attempting to overcome yet are advertised by virtue of their existence.

However, the logic of these counter-arguments ignores one simple fact: women in games initiatives exist because they need to exist. 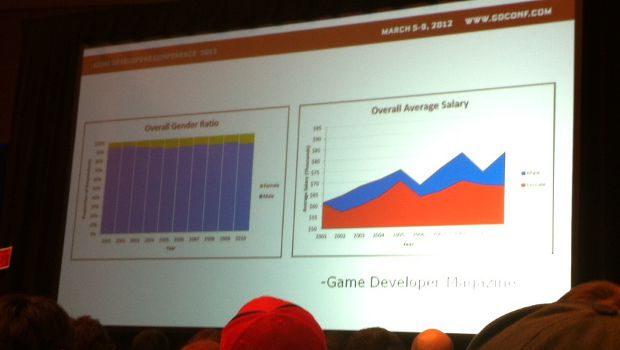 In the fight for gender equality in videogames, both the pro- and anti-lobbies are reliant on the same principles and statistics. Female protagonists in videogames make up a small minority of which are typically shoddy representations of the gender, usually tailored to the tastes of the male fanbase or derived from a poor understanding of what makes for a decent female character. In general, female characters in videogames usually get the short end of the stick.

Along the same vein, videogame culture retains something of a boys’ club mentality due to a huge number of reasons, ranging from the crass (e.g. the proliferation of booth babes) to the subtle (e.g. a subconscious “male as default” attitude, such as the distinction between “developer” and “female developer” or “Shepard” and “FemShep”). There is a staggering shortage of female developers working within the industry, on top of which rests a rather unsettling wage gap. All combined, these factors provide an atmosphere that disincentivizes women from really getting into the hobby and the culture to the extent that they might otherwise be inclined.

Unfortunately, this means that the problems within our games remain unfixed. And because the problems remain unfixed, women remain disinclined to devote their careers to videogames. As long as the onus is placed mainly on women, the “boys’ club” of videogames is a self-fulfilling prophecy. 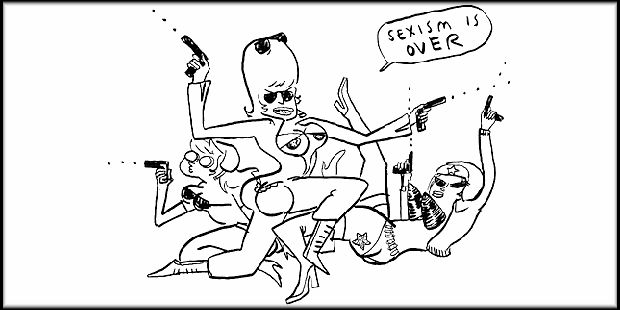 Image from Hark! A Vagrant.

This abbreviated origin story is shared by girl (or grrl) gamers, women-centric award ceremonies, skill development initiatives, and the like. More often than not, these factors seek to improve the presence of women in our culture by making their existence known, by empowering them in opposition to the aforementioned forces and showing that, not only can women be a part of our culture, but also that our culture can change to better accommodate women.

Even those uninterested in feminism (and not prone to outbursts of MRA privilege) can get behind this goal. If we have all sorts of different people of different backgrounds and interests making our games, it shows through greater diversity within our medium. Not only will having more female developers alongside the male developers presumably enable the industry to pump out games with more female characters of a greater quality, it will also allow new minds to introduce new game mechanics, narrative styles, new genres, and humor into our cultural bubble. Considering the last thing we need is homogeny, this increased diversity sounds very tempting.

But it’s largely an uphill battle. The arguments against more favorable gender diversity are as common as dirt. For instance, many gamers enjoy the fact that ours is a boys’ club and are resistant to change of their favorite form of escapism. Other gamers respect and support the struggle for an improved gender spread but dislike some of the ways in which it manifests.

The backlash against grrl gamers is indicative of this latter mentality — the ostentatious and aggressive attitude flaunted in the face of the patriarchal system is often slammed by both male and female gamers on the basis that it acknowledges the labels that girls and women are being assigned. In order to give a big “fuck you” to the common mentality that “girls don’t game,” grrl gamers wear their gender on their sleeves. Many women dislike the thought of being primarily identified through their gender on both sides of the argument, preferring instead to be associated with their own virtues and vices as individuals and opt against the grrl gamer phenomenon by exclaiming themselves as gamers first and female only by coincidence. 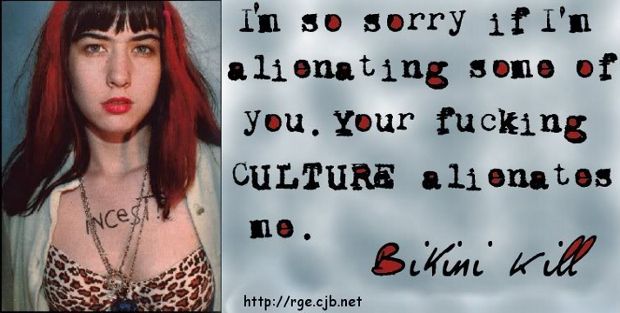 This bears a striking similarity to the argument made against Women in Games initiatives, generally small projects that focus on teaching women the skills needed to produce games in an environment where they won’t be discriminated against. WiGs tend to attract women who find it difficult to immerse themselves in the field as a result of their gender. Naturally, many candidates grow interested in gender politics and feel compelled to explore the almost completely untapped subject of women’s issues in their games. Whether this is a good or a bad thing depends on your perspective — personally, I think it’s a fine avenue to explore.

One fear of these initiatives is spawned by this candidacy bias. The harmful colloquial distinction between “game developer” and “female game developer” persists, the former being the norm and the latter being a dev who is female and so probably deals with female-related subject matters. This is the problem with labeling.

Unfortunately, that stigma is self-perpetuating. With women constantly being “othered” by gaming culture by virtue of their gender, it’s only natural that their gender would start to tie in closely with their sense of self. Since the industry at large alienates women, they seek leg-up initiatives as an alternative, and because they feel wronged by our culture, they seek to address gender-centric issues that are otherwise mismanaged.

To those individuals who bristle when gender is at the center of the table, the fact that WiG initiatives enable women to talk about woman-things is an inappropriate solution to the problem of a gendered industry. If initiatives only (or mainly) generate female game developers who talk about their gender, and the industry at large consists of male game developers who talk about their gender, what results is still a gender-divided atmosphere. So WiG initiatives are criticized for producing “FemDevs.”

I have several issues with that attitude, the main one being that the more FemDevs we have and the more relatable videogames are to women, the less women will feel alienated and identify strongly through their gender. FemDevs are a response to a problem. When the problem goes away, we won’t need this gendered label of “female game developers,” just like how the idea of a “girl gamer” is slowly dissipating because it’s becoming more socially acceptable for women to play games. 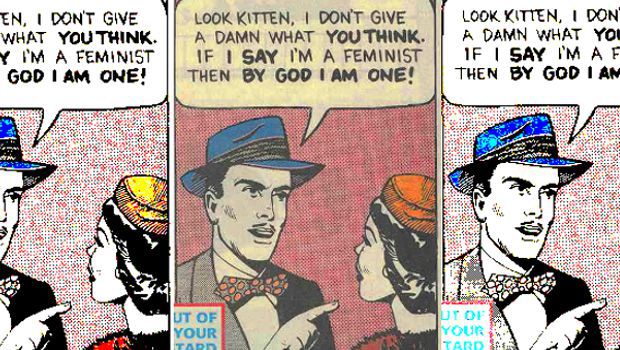 Finally, there’s the point that WiGs deliberately exclude men. For many, including Ms. Sheppard, this is the crux of the issue — what is targeted here is the core principle of women-centric projects. Since gender is the great decider, many candidates are glossed over on the simple basis that they are male, even if they seem far more enthusiastic and capable than any given lady on the candidate list. Opponents cite this practice as unfair and discriminatory, just like how the gaming industry is unfair and discriminatory.

However, there is one thing that these detractors fail to take into account with this argument: context. WiG initiatives exist to help offset an enormous gender imbalance, and insofar as they churn out developers of a female variety, they are succeeding. Were they to take in as many male candidates as female candidates, the imbalance would not be addressed. Taking that point even further, if they based their criteria on merit rather than gender, unless the female candidates greatly outnumbered the males, they would still be falling short of their goal.

Bear in mind, it’s not like WiGs are actively obstructing men from getting into the industry through other ways; they’re just giving women a much needed leg-up. By all means, we should endorse projects that determine candidacy by merit, but there’s no need to throw WiGs under the bus to that end, especially not under the guise of “promoting a gender-equal industry.” It’s counter-productive at best. 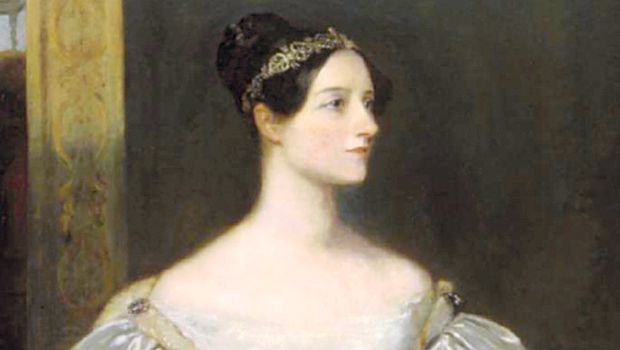 There’s always the temptation to latch onto the thought of a merit-based system and to recommend the abolition of everything that goes against it. In a swirl of Randian romance, you might suggest that Women in Games initiatives aren’t based on merit and so should be done away with. Enthusiasm and talent will land a woman a career as a game developer, should she truly deserve it. Perhaps you say this while kicking a puppy.

This thought leads us back to square one, an industry and culture that disadvantages women and strongly disincentivizes them to make it their passion. This is an industry where, in order to succeed, you need to lick things or be Ada Lovelace — naturally, the more Ada Lovelaces the better, but it’s a very unrealistic expectation to have of every woman in the business. Arse to that, I say.

If what you want is to fix the enormous gender imbalance, the best way to do that is to help women get into the industry. This is why Women in Games initiatives need to exist, because without them, all we have is the normal gaming culture that panders to men. If that counts as “giving women special treatment,” I shudder to think what you would call the treatment given to men by default.

The fact of the matter is that gender is a very big issue in gaming culture. Attacking grrl gamers and WiG initiatives in an effort to “transcend gender” is ultimately self-destructive in that all it does is suppress an already downtrodden minority. Stomping down on female-centric projects and behaviors sends the message that women aren’t allowed make a fuss about their gender in this male-dominated social sphere. Only when the playing field is closer to level will the idea of transcending gender actually be attainable. Until then, male will be the default and female will continue to be a breed apart.