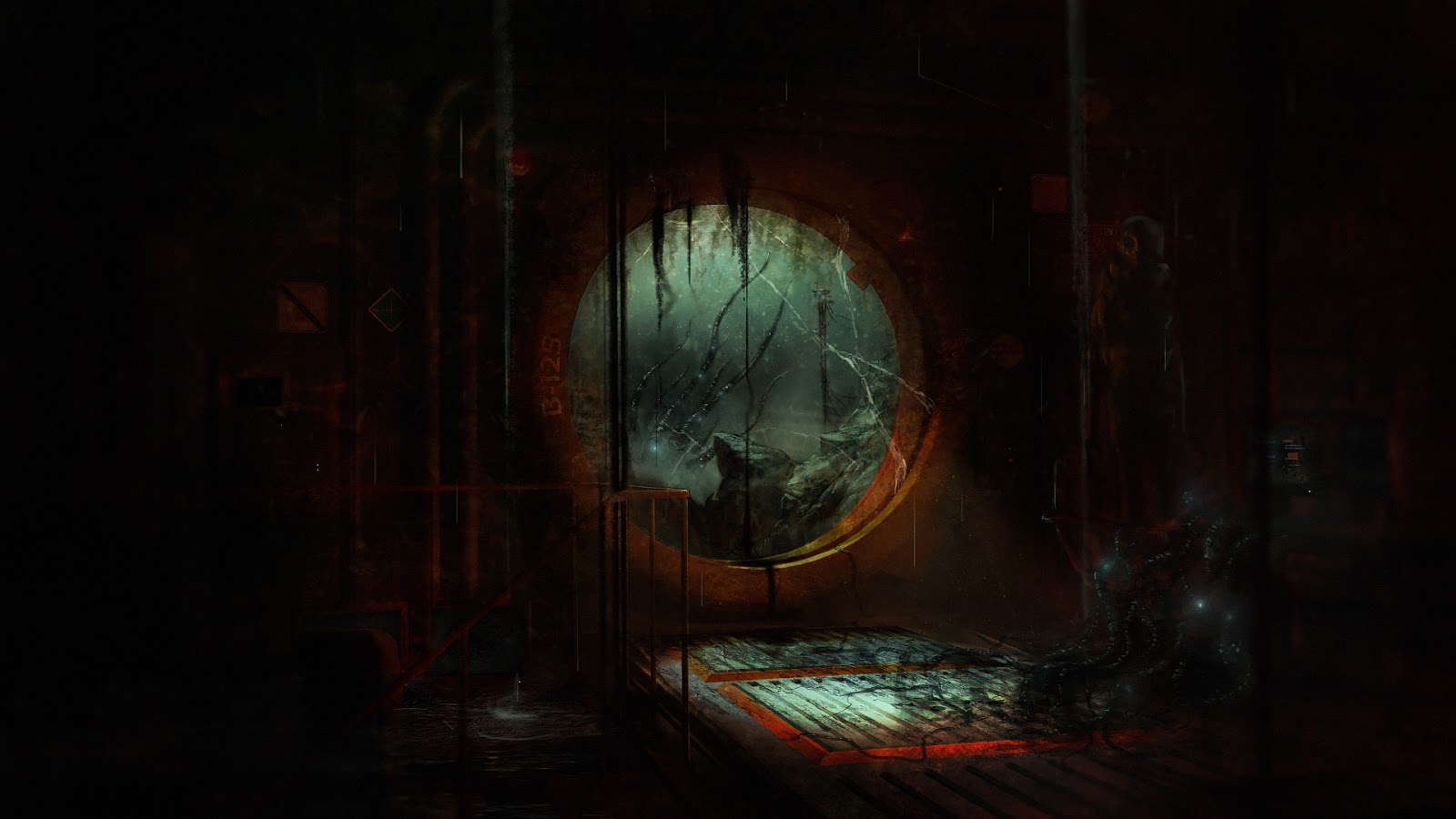 Right – let me start this article by exposing my biases. Namely, one of the first games I played to the point of obsession was The Sims, and as everyone knows, The Sims is a highly modular game. Since the very beginning, the Sims series has featured masses of extra content that even requires extra payment, such as expansion packs and, later, the Stuff packs. This kind of spoiled me for other games, where the pathway was more linear and the player’s experience was kept on a tight leash by the developers.

I started to think more about my highly customisable, “optional” experience of games when I read some of the backlash surrounding the re-release of SOMA for the Xbox One. On one of the posts I read, I saw a lot of complaints about the “safe mode” that is being sold with the game, which allows you to traverse the underwater research base without so much as a whiff of a nasty beastie. There are no deaths to side-step – just untapped potential for exploration. According to some, it was watering down the game (heh), changing it into something limper and less worthy of respect.

I have to admit, this view baffled me somewhat. As I said while chatting to other Destructoid writers, this gripe feels like going into a restaurant and complaining that they sell pasta, which you don’t like, even though you can just order a pizza, which you do like, instead. While tacking on random options that have nothing at all to do with the purpose and plot of the game can feel cheap and unfocused, I strongly feel that this kind of addition should be welcomed as a way to experience the game from another angle.

Mmm, now I want pizza. Time for a pizza interlude.

Since the dawn of time (well, since the dawn of Pong), games have involved conquering obstacles and showing off your skills in the process. Building up to higher difficulty levels is a clear hallmark of prowess. Due to the popularity of online multiplayer games, the spaces for amateur and pro players has become more ring-fenced: clearly, throwing a Lvl. 4 player into some sort of match where everyone averages Lvl. 70 is going to result in a piss-poor time for everyone. In addition, some people who slog through a game on Very Hard mode resent that others can enjoy the game on Very Easy, without putting in the levels of commitment and effort that they did.

To be truthful, I do understand this sentiment – sort of. When you have put in a huge amount of work and seem to reap no additional reward for your labour, compared to someone who waltzes in and completes a game with no sweat, that can be dissatisfying. But there should be joy in completing the game on a harder mode and at your own speed, not anger that someone has had an easier time getting to the ending than you did. Plenty of titles reward completion on more difficult modes through added trophies, including Wolfenstein II: The New Colossus and even Knack 2. Some even try to knock players down a peg or two if they play on Easy mode.

However, if people simply feel that a specific title should be exclusive to those who are “great at games”, and that amateurs should stay out, I can’t really jive with that argument at all. Sure, amateurs thrown randomly into pro matches, with all the frustration and chaos that ensues, is a terrible idea. But amateurs being included in a separate mode? Why not? You would think genuine fans would want more people to experience their favourite games, even if it means that these others have to do it on their own terms. Holding onto the “exclusive club” sentiment for games is damaging and frankly outdated.

The one exception to this is where adding in easier modes goes against the spirit of the game or the developers’ message. If a game purports to be “the next Dark Souls” (groan), then the devs back-track and add in a “Wimp” level, this might, in some contexts, look like the developers are compromising on their original idea. If a game is, by definition, meant to be hard, then of course it is spineless to turn around and allow for it to be breezed through in five minutes. This is why, even though I am not particularly skilled at games, I wasn’t sour about the fact that Cuphead is punishingly hard, and that playing on the easiest mode makes parts of the game unavailable. I’ve accepted that there is a sub-set of games that will be out-of-reach for me until I can fine-tune my motor skills some more.

Even then, games such as Catherine did have extra-easy options added in at a later stage due to Western fans finding the game too hard, which I have some sympathy for, too. If nobody can enjoy your game, then it’s sensible to go back and make it more accessible.

So, let’s move on to the arguably less thorny issue of changing a game’s atmosphere through options. As with introducing new difficulty settings, such options are not a new concept, from the ridiculousness of playing part of Resident Evil 2 as a block of tofu to the ability to switch gore on in Sega Genesis version of Mortal Kombat. I can understand fans being a little slighted by options that mock the rest of the game, but the adjustment of horror elements so that the game can get under each fan’s skin as effectively as possible can only be a good thing, in my opinion.

Some of us prefer ghoulies and rotting hulks of assorted flesh shambling towards our faces, while others prefer subtler forms of horror. In a way, I can imagine some games being made scarier by the absence of monsters. You can tell yourself that contorted shapes moving into your field of vision are just sprites thrown out by the game at pre-ordained moments. It’s harder to remember that creepy surroundings, and the creaking of a door, or the clanking of metal, aren’t real – at least, it’s harder for me.

Atmospheric horror definitely has its place, particularly in the survival horror sub-genre. As an example, while the first Fatal Frame game only got a Teen rating under the ESRB, it is still a spooky game. It does not convey its message in blood, but rather by creeping you out, dropping you in an abandoned mansion, alone, with just a camera. It’s minimalist but effective.

Some people just don’t have the constitution to go toe-to-toe with monsters, or aren’t moved by this form of horror. And that’s OK! If a game developer wants to open the door to a more atmospheric experience, then I can only thank them. Horror should ideally be a highly personalised experience – at least when it comes to games – and not just a uniform experience to brag about surviving.

Probably the most confusing element of this entire debate, for me, is that plenty of games of late add extremely out-there optional parts to their game, without attracting that many complaints. The Yakuza series offers out-there pastimes to your protagonist, and this is just regarded as immersive; the option to skip action scenes in L.A. Noire was something I was extremely grateful for during a particular bulldozer scene (spoilers ahead!). Sandbox games such as Final Fantasy XV and Watch Dogs 2 are built around having a smorgasbord of random silliness stuffed in there, which the player is free to completely ignore if they want to shave some hours off their playtime.

Options have been a way to get round bad game design, our own lack of skill – hey, we all have to start somewhere – and our own individual personality quirks. And again, it feels as though games are supposed to be a highly personalised experience. After all, we would be pretty annoyed if we dumped $80 (or whatever you guys across the pond pay) on a AAA title, got stuck half an hour in (admittedly due to our own lack of skill rather than anything that can be solved by a walkthrough) and then had to put the game to one side. Games aren’t meant to be a punishment – for most of us, it’s a beloved hobby; something we do to relax after a hard day at school, university or work.

The only criticism I can really direct at the “optional” approach is where options are there for the sake of being there, making the game a mess of disconnected ideas (think building a Hairdressing Simulator into GTA V), or they actually break the game (as was the case with many home-made mods for The Sims 2). This doesn’t seem to be the case with the added option in SOMA. Not one bit. Otherwise, I’m all for devs sprinkling options liberally onto their games. We should embrace any opportunity for more people to love the games that we love.

Will you be playing SOMA with safe mode switched on? Do you agree with the premise of the article, or do you think a purer gaming experience with less frills is a better way to go? Let me know in the comments down below!