[Editor’s note: Sophie Prell will be contributing original features for Destructoid from time to time. She is an Iowa farm girl turned award-winning gaming journalist, and is also a contributor at Dorkly.com and G4TV.com. She is also pretty awesome. Let’s give her a warm Destructoid welcome! -Chad]

In the long-gone era known as June 2011, when a tweet from BioWare Director of Marketing David Silverman announced that, “there will be a #FemShep trailer,” and “we are working on the look now,” fans were ecstatic and the Internet lit up like the Milky Way. If you’re wondering why, look no further than a few months prior to that, when a Mass Effect 2 fact sheet made its way around the Interwebs, declaring that “18 percent of everyone who plays Mass Effect plays it with a female character.” And while that’s not a huge number like most of us gamers are used to (47,860 Gamerscore, 100,000 XP to LVL 3, etc.), in truth it’s just shy of one in five, a statistically significant portion of the proverbial pie.

And here’s where that pie gets juicy: As voting results from the Facebook “‘Like’ the one you want in game” for the official FemShep look contest have flooded in, there is a sizable number of people who are, quite frankly, a little pissed.

Kim Richards of PC Gamer wrote an editorial titled “Mass Effect 3: Death to Blonde Shepard” in response to the vote, which has itself spurned another wave of disgruntled gamers. If you’ve somehow avoided this issue up to now, let me catch you up to speed: The FemShep with the most votes is the blonde bombshell known collectively as FemShep 5, her number in the Facebook album. But her appearance, with the tousled locks of gold and shimmering eyes of blue, call out to a distinctly stereotypical portrayal of beauty. Specifically, Western world Caucasian beauty. 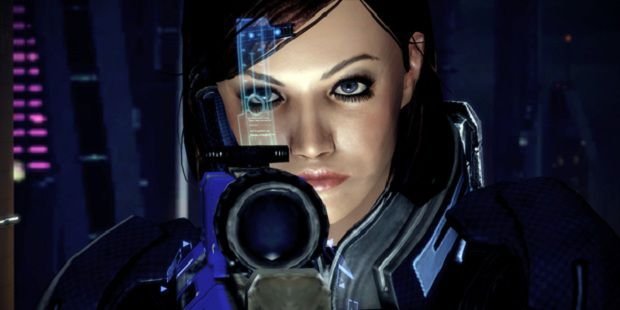 It is the deconstruction of FemShep 5’s appearance and the association/accusation of stupidity and novice skill with blonde hair that leads the debate you can find cropping up around the Internet, but I feel there is a certain angle lacking from the discussion. Of course, while FemShep 5’s appearance and what it has come to represent certainly plays a large role in the argument, what I’m here to critique is the manner in which she was chosen.

Yup, this is an assault on the democratic voting process itself. Brace yourselves.

Don’t get me wrong. What BioWare has done with the FemShep vote is, either on purpose or serendipity, pure brilliance. With one simple contest, they’ve absolved themselves of any responsibility for perceived prejudice for FemShep’s appearance, i.e. Hey, don’t blame BioWare for the Aryan nation’s collective fantasy that walks upright on your Mass Effect 3 cover, it’s what the fans wanted.

Not only that, but the manner in which they presented the contest was so subversive we didn’t seem to notice just what had happened until the stale, heavy whiff of hairspray and fake nail glue stung our nostrils. See, the FemShep vote was a beauty pageant all along. And I don’t know about you, but that’s what pisses me off. BioWare took one of the small handful of non-sexualized female heroes in gaming and put her on stage for the world to judge on appearances alone, aka a f**king beauty pageant. 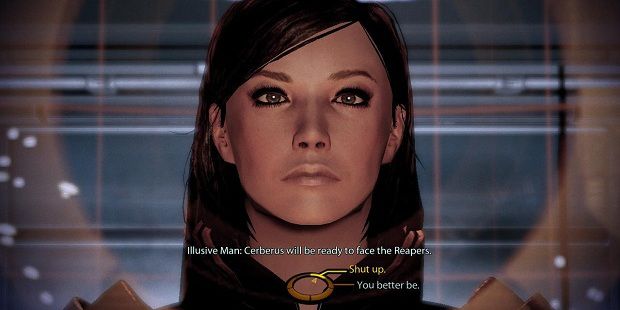 I understand the drive for open-world gameplay, as well as customization of everything from hairstyle to nostril width in today’s games, but I find myself unable to comprehend the unprecedented level of control BioWare has handed over to fans from a design perspective with this contest.

Think about it. When was the last time a main character’s design — the essential artistic representation of who they are — was up for grabs like this? Cole McGrath with his X-games wannabe redesign in inFamous 2? Sorry, not the same. In that particular situation, developers Sucker Punch had already constructed their vision, and only after extremely negative fan reaction did they plant heel and turn back. FemShep 5 on the other hand was born of positive fan reaction, and there has been no prior appearance in any of the Mass Effect series marketing to default back to.

Forgetting any ideas regarding misogyny or sexism, it’s just plain inconsistent to allow fans to choose, democratically or not, the look of FemShep that will be used for marketing. The world of Mass Effect was constructed and designed. Garrus, Miranda, and all of our Normandy crewmates were constructed and designed. Despite being based off Dutch model Mark Vanderloo, the face of John Shepard, whom we’ve come to associate with BioWare’s epic space opera, is constructed and designed. BioWare chose Vanderloo’s face. They picked him specifically and without fan help, presumably because they felt his look would best represent the sci-fi hero saving us all from ancient machines which lurk beyond the dark void of knowable space.

That’s why the choice to have FemShep’s public appearance voted on is so grand, so affecting. All of the above are internal decisions, made by people who, you know, do this shit for a living. But this particular design wasn’t. Sure, each of the contestants was brushed to life by an artist, but BioWare isn’t having the final say as they have with the other elements. Not only that, but there has been no reason given as to why. Why now? Why FemShep? It’s a line of questioning that leads only to dead end debates about patriarchy and the inevitable declaration that whoever doesn’t like it is just some feminist with their panties in a twist. 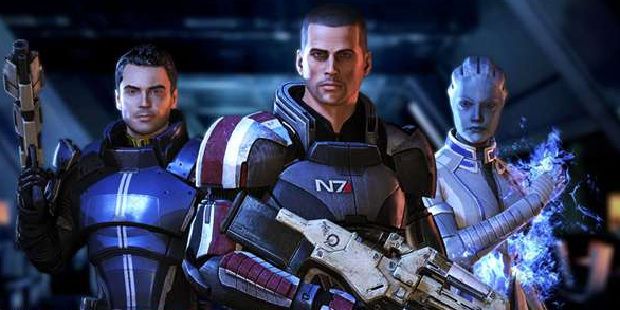 It’s not because FemShep 5 is blonde and therefore perceived as stupid and incapable of being a badass. It’s not even that she upholds the stereotypical Caucasian beauty ideals of a long blonde-haired, blue-eyed buxom babe; that’s merely an aside, a symptom of the larger problem, which was the construction of the vote itself. No male hero has ever been or ever would be dragged into the limelight and forced to defend himself like this. Hell, even if he was, there’s no justification that could possibly be truthful to his nature as the idolized protagonist, and that’s why FemShep 5 is so wrong.

We can, as Gabriel and Tycho over at Penny Arcade have, ask this new Shepard how she responds to accusations that her hair color and blue eyes have softened her. But far from defending her honor by threatening an orbital strike, the only honest justification FemShep 5 can offer is to look back at us and ask, her robin’s egg eyes begging for acceptance.

“But isn’t that what you wanted?”