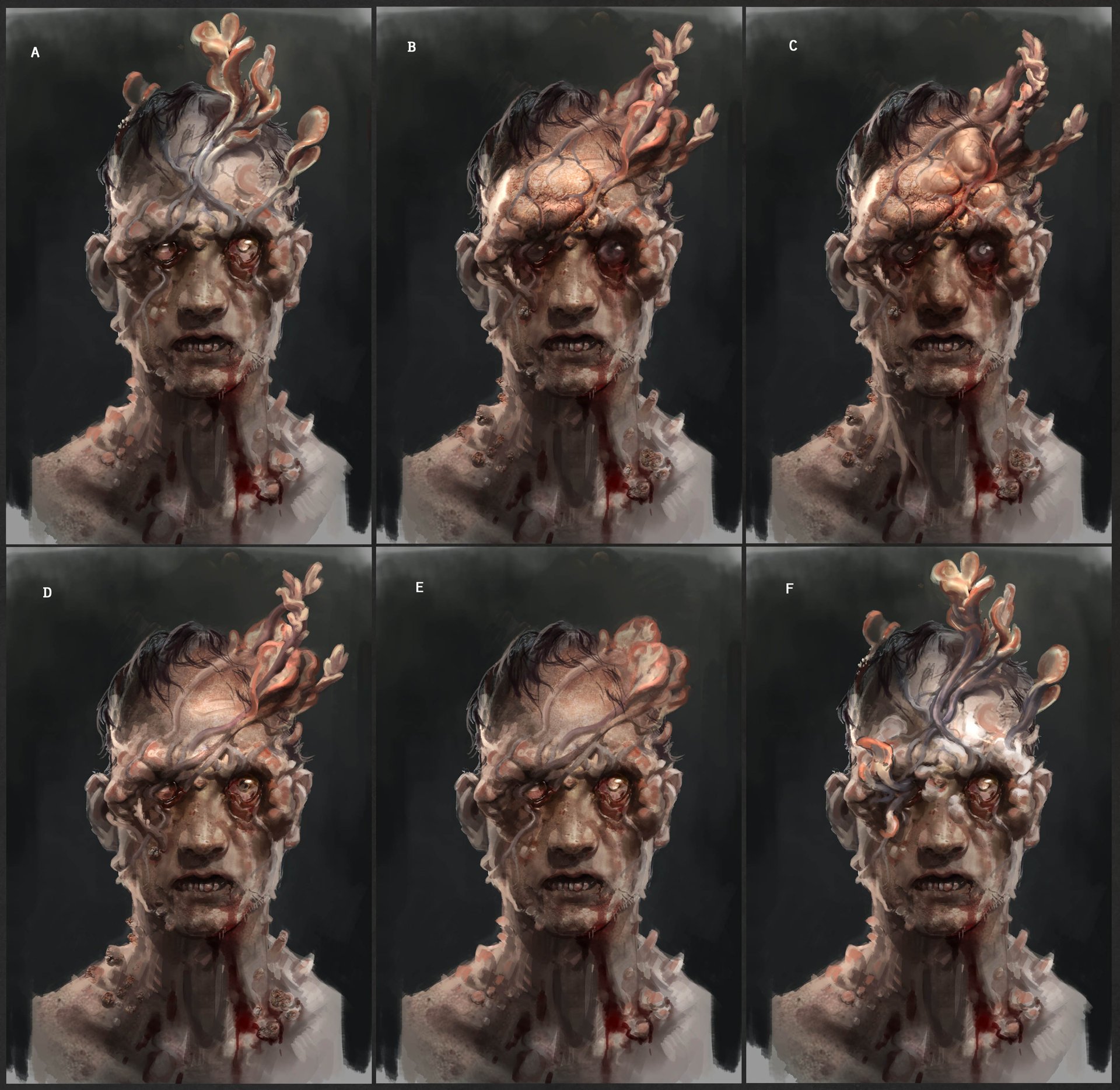 [Promoted from our blogs: Do you even science, bro?]

Cordyceps is a fungal pathogen that attacks insects, using them as food to grow a fungal stalk and spread fungal spores across an area-thereby infecting more hosts. In its most dramatic-and perhaps most famous-form, it actually manipulates the behavior of an ant. Look at it:

The ant will crawl up to a place high above the ground, where the Cordyceps is happiest and has its best growing conditions, and slowly a fungal body emerges as the ant locks in place and dies. Should the ant be stunned beforehand, ants will quickly pick it up and move it far away to prevent the Cordyceps from wiping out the entire colony.

It’s a dramatic pathogen, and it’s one that captures the imaginations of many-from Parasect in Pokémon to the team at Naughty Dog.

Naughty Dog has been going for a more cinematic style of games for years, and as one of the many things they’ve picked up they have taken on science bullshitting. Not an uncommon thing, but I have had some people tell me that they worry Cordyceps could actually infest a human being, and such misinformation is something that I would like to correct by dissecting what Naughty Dog has created and explaining why a Cordyceps infection-a human variant of which is a high google search holder-in humans is highly unlikely.

Also, as full disclosure I have not played the game nor have I watched its cutscenes, yada yada. I will be reading up on certain story beats, and the games explanation for the infection to counter it but I feel like it’s something that I should state-even if the primary purpose of this blog has little to do with the game story proper and more the most visually dramatic part of it.

Your first thought when imagining a fungus is probably the classic mushroom. Unlike most microbial organisms, which can rarely form large bodies, there are many fungal species that form larger structures. These structures grow to allow spores to disseminate across a large area, allowing new mushrooms to form and continue the lineage of the fungus.

To get into why Cordyceps getting into people is unlikely, we first need to understand what a fungus is in this context and what Cordyceps itself is. I’ll be using Wikipedia for some of this information, and will link if I find other good sources but generally Wikipedia offers a good confluence of information and I think it’s trustworthy enough-I have fungal knowledge but nothing specific to this fungus hence the requirement.

With fungus you have two types of growth-hyphal, which consists of threadlike cells, and yeast, which consists of large single cells. Cordyceps is, like most true pathogens, a dimorphic fungus-meaning that it has a yeast stage and a hyphal stage. First a spore lands on the ant, forces its way into the ant’s body through enzymatic action and spreads via a yeast form. When it’s time to form the fruiting body-the spore producing structure of a fungus-it becomes mycelial and grows in threads, slowly devouring the now dead ant. Eventually a fruiting body erupts from the ant, which grows until it reaches the correct size and then release spores into the air, to find a new host to land on.

Obviously this is a winning strategy in some respects, considering that many different insects have their own little nightmare fungus to deal with-it’s a dramatic process that captures the imagination and its appeal in different medias is completely understandable. Now that you know what it is, I can explain a little better why an infection of humans is improbable.

There is a world of difference between a human brain/nervous system and the one an insect has-an obvious simplification, but an important one. The insect brain and nervous system is not nearly as complex as the human version-meaning that attempts to twist it to the whims of a pathogen are simpler in a bug then a human. Behavior modification is a thing for pathogens, to be sure, but Cordyceps only infects insects-going from an insect to a human nervous system and brain would be nigh impossible without hundreds of years of evolution, and even then it probably wouldn’t be beneficial to them when insects are numerous and plentiful, breeding quickly while humans are…less so.

Additionally, Cordyceps does not trigger an attack signal in an ants brain-it triggers a positioning signal to get the ant where the Cordyceps is happy. It then has the ant clamp down on a leaf and sit there to die while the Cordyceps eats it. Therefore there’s no real basis to causing mindless aggression-presuming a Cordyceps could infect a human it would be more likely to try and cause them to go to a certain elevation and heat zone to allow it to rupture out and spread more spores through the air. This makes a zombie outbreak highly unlikely-ignoring the disease defense and diagnosis we have, of course, which would end any zombie outbreak immediately.

No true pathogenic fungus lands on human skin and eats its way in-therefore already Cordyceps falls at the first hurdle. Funny thing about human skin is that it’s dead, and filled with all sorts of nasty methods to kill pathogens-as well as having a native flora that would make growth even harder. Traumatic implantation is a thing-but that’s when you prick yourself on a rose and the fungus grows its way out so biting doesn’t factor in. Besides, a fungal pathogen would be likely to only infect the blood and lungs-not the saliva.

And upon comparison to other fungal infections, generally true pathogens spread via inhalation of spores-not through biting. If Cordyceps was to infect a human, then it using a method unlike true pathogenic fungus seems highly unlikely. This means that it would spread through inhalation of spores only-that’s not exactly a low infection type of spread, but it shoots another hole in the zombie narrative.

Another roadblock is in how the immune systems of humans and insects are different. Insects have innate immune responses-which basically means a non-specific system of attacking pathogens. We have an innate immune response as well-however we also have adaptive immunity which is a beast of a defense system with several steps. Most true fungal pathogens, and fungal pathogens in general, tend to not infect those with healthy immune systems-hence why for the longest time anti-fungal were somewhat limited and rare. Additionally our blood circulates differently than insects, with a closed system instead of the insects open circulatory system.  Also, we have a wide swath of anti-fungal drugs at our disposal now so a new infectious organism is unlikely to find an easy battle into infecting the human population.

Additionally in the game, if I understand correctly, Ellie has a temperate form of the fungus in her brain. Due to the fact that fungus is large and grows into what it’s eating, she would most likely suffer brain damage or brain inflammation due to her immune system breaking the brain blood barrier-an infection that would probably cause death in a medically deprived apocalypse. A proper immune response would be a far more likely event-wherein due to genetics she managed to get an immune reaction that killed the Cordyceps and prevents susceptibility. A temperate strain of the fungal pathogen makes less sense, especially given its location.

Evolution is a powerful tool, allowing infectious agents to spread and adapt to their hosts-sometimes they can even spread among species. But in order for the Cordyceps fungus to spread to humans it would have to undergo a ridiculous amount of changes in its genome. In The Last of Us, a virus inserts itself into the fungal genome and causes it to jump to humans. Unless this was the largest gene inserting virus on earth, beyond the capabilities of any virus we’ve seen up until this point, such an occurrence has a nil chance of occurring. Viruses are tiny, and I doubt any genetic re-assortment could make it a perfect human pathogen in one go.

With every roadblock-method of entry, more advanced immune system, different type of covering, and the advanced operation of the human brain the Cordyceps would need to adapt to all of these in order to infect humans. And by the time it was able to do so, who’s to say that it would even do the same thing to humans-by the time it became a human pathogen it would probably closely resemble other human fungal pathogens far more than the insect pathogen. Without humans living in constant contact with Cordyceps, and given the specialization of the fungus I see little evolutionary imperative for the fungus to infect human beings. And even then, it would take hundreds if not thousands of years to get to the point where it could cause the kind of damage that the fungus does in The Last of us.

And there are my thoughts on Cordyceps featured in The Last of Us-a visually novel, but completely unrealistic pathogen. Hopefully I’ve made it clear why such a fungus is unlikely to infect humanity, thanks for reading and leave your thoughts down below!