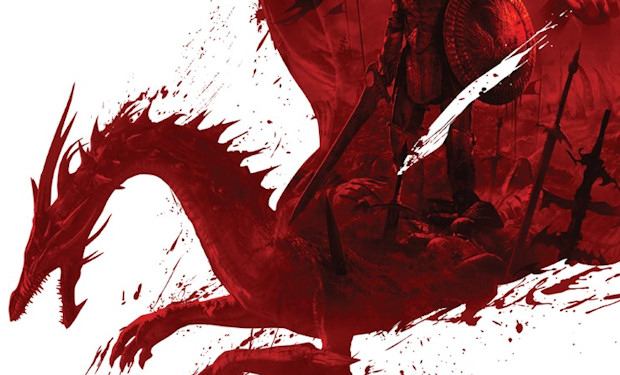 Dragon Age: Origins ships with downloadable content called “The Stone Prisoner.” The day and date content isn’t a traditional downloadable. It adds (among other things) a wide-shouldered party member named Shale, a character that was the cut from the final retail version of the game because he broke it.

Revealed to the press early in the development process, Shale was a massive golem with the same quirks as a typical party member. As the game grew and matured after his reveal, the team behind Origins found an issue, a big-big issue with the character: he couldn’t fit through doorways. Insult to injury, the mammoth character didn’t play nice with the procedural camera system, either.

Thanks to the large delay — before this two-week delay — the team had time to put Shale back in the game as downloadable content — sans the doorway and camera issues. And unlike most downloadable characters, Shale comes as the complete package: he has unique VO work, animations, interactions, and abilities thanks to the early start that he had in the development process. He’s almost the same golem. The only thing about him that has changed from the original is his size. He now has a smaller model, which was a decision that probably made the technical team very happy when work on him started again.

I know these things because I spoke with Origins lead writer David Gaider. Below the fold you can read what he said to me about Shale first-hand.

“One advantage of the delay is that means that we’ll have some of it available upon release. The delay has allowed us to make sure that when we put out the toolset that it has all the stuff that we wanted with it. We were initially fearful, back in March, that we would have to delay the toolset, now that doesn’t have to happen. We’ve had a chance to put the toolset in the hands of some of the busiest modders. There will be community content available on release,” said Gaider.

“There’ll be downloadable content available on release –and stuff coming afterward. I wish I could talk about it, but I think they’re still trying to figure out how they’re going to work it. We have — Shale was a party member that got cut during development — a full party member, a golem, who people don’t really even know about because, interestingly enough, back in the day when we first started talking publically about Dragon Age, Scott Greig was doing an interview, I forgot for what magazine — Computer Games, I think — and that was one of the party members he talked about: this cool, giant golem named Shale. And part of the issues we had with him that the golem was too big and wouldn’t fit through doors — and, really more importantly, we had camera problems when we raised the conversation system because a lot of it had to be procedural. In a lot of the conversations, you don’t really know where the camera is going to be, and if you have this giant wide creature, a lot of times Shale looks to be blocking the camera. It was not expected, and there were other issues as well, and finally we just said, ‘you know what? We have to cut Shale.’ “

“We were very disappointed,” Gaider continued, “but with the delay, it gave us the chance to delay it gave us the chance to resurrect him a little bit in the download. The party members are very interwoven into the entire story, and we had a bunch of the responses to Shale, like MPCs, were already recorded so we didn’t need to bring those actors back, we already had those things recorded. So we were able to just do all the other things. We re-did Shale’s model. That was one of the things we didn’t have time to do.”

“Shale has unique abilities since he’s a unique class, that sort of thing — so we were able to finish off all the work that was required for that to get all the visual effects for talent. And now it’s ready to go, and it’ll be available on release. There is a charge for downloading, but if you buy just the regular edition of Dragon Age or any of the other editions, the Special Edition, it basically comes with a free download of Shale. So basically, everybody will have access to the extra party member, as intended, on release.”

“If you download Shale upon release and get him during the game, you will not notice a difference.”