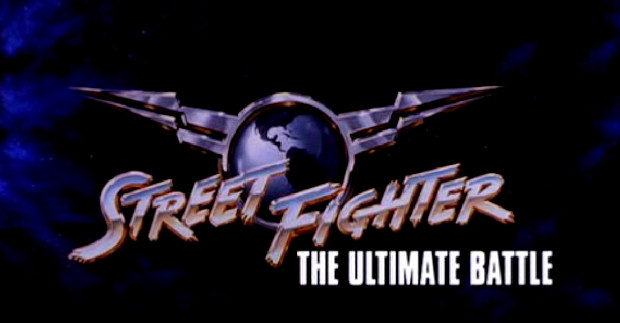 A few weeks ago, the cast of Podtoid gathered together to watch that iconic videogame movie, Street Fighter. After watching the film, we pretty much all agreed that it was the greatest cinematic achievement in the history of human art, and quite possibly the pinnacle of what we can achieve as a sentient species.

Some of you may doubt the brilliance of the film, but do not fear, for you, too, shall come to terms with the unquestionable genius that is this movie. Come with me now as we put down in words that cannot be refuted, exactly why Street Fighter: The Movie is a cinematic masterpice. If you disagree with me, you are clearly “a son hof ha beetch, Bison.”

One of the greatest things about the film is the fact that Guile, expertly portrayed by Jean-Claude Van Damme, cannot pronounce anything properly. The fact that an American soldier is played by a Belgian who cannot do an American accent is something we’ll touch upon later, but Van Damme’s twisted dialect is a show-stealer.

From “Yuh’ve last yur bawlsh” to “Son hof ha beetch,” Van Damme’s commitment to delivering all his lines in a consistently weird manner is guaranteed laughter for all the family. It’s like he has a magical mouth. Perfectly comprehensible English words go into his ears, and some eldritch and long-lost dialect spews from his face. It is said by some that he speaks in code, and the secret of the Holy Grail will belong to whomever so translates the Street Fighter movie.

Whoever does that will be one lucky son hof ha beetch.

There is so much attention to detail ONLY for shit that doesn’t matter:

The plot of Street Fighter is so nonsensical and completely out of context that you’d be forgiven for believing no research was done by the producers whatsoever. However, you’d be very wrong to make that assumption. Digging deeper, you’ll find that the people in charge of this movie clearly knew their stuff, and rather than totally screw the plot up out of incompetence, they deliberately made everything twisted and stupid for reasons incomprehensible to mortal men.

A number of the film’s sets are actually subtle recreations of some of the Street Fighter II battle stages. You can barely tell that upon first viewing, but closer inspection reveals an almost perfect recreations of certain stages, such as Sagat’s or E. Honda’s. At one point in the film, we are shown M. Bison’s hat stand, and the differently colored hats all represent Bison’s alternative in-game costumes. During another scene, a barrel has the Capcom logo on it. Then, of course, there’s the famous moment where Bison uses an arcade machine to control bombs.

None of these things are important, and are in fact so quietly woven into the fabric of the film that you’d be hard-pressed to spot some of them without repeated viewing. The very notion that they were true to the game ONLY in areas that were completely unimportant is hilarious. You can faithfully reproduce all of M. Bison’s costumes, but you can’t make Dhalsim a Yoga master. Brilliant.

Vega is one of the more subtly brilliant characters in the film. While Raul Julia’s M. Bison is obviously fantastic and Zangief has his fair share of laughs, Vega’s portrayal in the movie is to be commended not only for being perhaps the only character to have much resemblance to his game counterpart, but for also having some of the most ridiculous moments in the film, two of which are included here as separate entries.

First up is his bamboo claw. At one point in the film, Vega, Sagat, Ken and Ryu all end up in prison. However, because Vega is Vega and can’t seem to help himself, he simply has to fashion himself a claw out of three bamboo sticks and a bunch of little hooked blades. Vega apparently has some sort of obsessive-compulsive disorder and can’t function without a trident sticking out of his hand, perhaps hinting at some deep-seated insecurities. You obviously have to read far more into the psychology of the character than the film’s writers ever intended for this to work.

It’s also worth pointing out that during the prison fight, Sagat could have probably really done with a blade. You know, perhaps one of the THREE that Vega was unnecessarily hogging for himself.

Another brilliant visual gag involving Vega is during his first scene in the film. Obviously a very famous cage fighter, Vega is portrayed as having a lot of fans, many of whom like to bring pro-Vega signs and wave them around in the audience like redneck wrestling fans. Ryu is forced to fight Vega, and his shirt is ripped off to reveal his beautiful Asian torso to a delighted crowd. One young lady is so enamored by Ryu that she throws her Vega sign away. This instant transfer of fan loyalty stuns Vega, who pulls perhaps the greatest “WTF” face I’ve ever seen.

Nobody is from the right country:

In another shining example of everything important being very, very wrong, it seems the film’s makers had an incredibly tough time getting any of the characters to be played by people with the right nationalities. As pointed out by forum member MechaGuru, the Street Fighter movie has the most wrong casting of all time.

What will they do next? Have a Prince of Persia movie with a guy who isn’t Persian?

Guile’s name is on the side of his fucking STEALTH BOAT:

Do correct me if I’m wrong, but I’m pretty sure it’s not an accepted military tactic to write the name of your biggest targets and most important leaders on the sides of their boats so everybody, including the enemy, can tell who’s inside. Something about that just strikes me as a bad idea. Can you imagine how it would have gone in Iraq if one of the tanks had “PRINCE WILLIAM IS DEFINITELY IN THIS ONE” scrawled on the side?

Nevertheless, this is Guile’s boat and he wants everybody to know it. This is, of course, a problem in and of itself when you realize the the boat is a STEALTH boat and can turn invisible! Okay, so we’ve countered the problem of the enemy being able to read the name on the side of the boat, but now NOBODY can fucking read it. What was the point of writing the name down in the first place?! Is Guile that stupid that he can’t tell that his boat, the ONLY stealth boat there, is HIS?

Street Fighter: The Movie expertly satirized American military incompetence over a decade before the fact. That’s how amazing it is.

The writers made more work for themselves than necessary to get all characters into costume:

One of the most amazing things about the Street Fighter movie is that, no matter how far removed from the in-game characters they are, everybody ends up in their proper videogame costumes before the end. However, it never seemed to occur to any of the writers that the best way to get the characters into their costumes would have been to just have the characters wearing the correct costumes in the first bloody place!

Rather than just put Ryu and Ken in gis and rather than just have Dhalsim as an Indian mystic, the writers instead gave all the characters ridiculous jobs like “arms dealer,” “cameraman” and “enslaved genetic scientist,” and then had to work harder then they needed to in order to get them OUT of the characters they invented and INTO the characters they could have just started the whole film with. Instead of being sensible and sticking to the game, the film’s writers instead had to employ some of the most convoluted stretches of the imagination possible to get the whole thing to work. Dhalsim is a bald, half-naked yoga master, yet we’re expected to believe instead that in the space of five minutes, he had his hair burnt off by chemicals and then just thought, “Ah fuck it, might as well take all my clothes off now.”

It had to have been the result of a bet, I reckon. A wager to see if you could come up with the characters as far removed from the source as possible, and then try to find ways to connect the dots until we come to the end scene with everybody in costume. Props to whomever won that bet.

The two armies are the most impractical in the world:

Putting Guile’s name on the stealth boat wasn’t the only military fuck-up in this film, oh no. Be they Guile’s army or M. Bison’s forces, both sides of this conflict have some serious issues when it comes to efficient gear. First of all, let’s look at Guile’s side. Not counting the fact that their glorified bicycle helmets will do little to deflect any sort of head trauma, who on Earth decided that invading a jungle environment and an industrial fortress would require the use of blue camouflage? There is only one place that kind of clothing would provide an accurate disguise, and that’s if they were fighting in the fucking ocean.

M. Bison’s crew isn’t much better. Despite the fact that the bright blue enemy uniforms make for easy targets, Bison’s lot can’t even see because they’re all wearing ridiculous masks that look like the one in Jason X.  However, this is a marvelous play on an old trope. After all, everybody knows that movie stooges can’t hit anything with their guns, but only in this movie is it explained why with a logical reason — they can’t see a fucking thing.

“For you, the day M. Bison graced your small village was the most important day of your life. For me, it was Tuesday.”

Up until now I’ve been messing about a little, but you know what? Street Fighter: The Movie demonstrates, perhaps better than any other film, why Raul Julia’s death was a loss to acting. He was in an absolutely ridiculous film, full of rubbish dialogue and a nonsensical plot, and he was wearing a silly red uniform. Did he phone it in? Did he bollocks. He gave the best performance he could give, regardless of the fact that he was starring in a completely inane videogame movie.

He treated his role with more respect than most videogame voice actors do theirs, and ensured he would become a living meme for years to come. He hammed it up and provided a camp, yet completely memorable performance, the epitome of the ’90s movie villain. He is to M. Bison what Adam West is to Batman, and we should love him for it.

But of course for him, it was Tuesday.