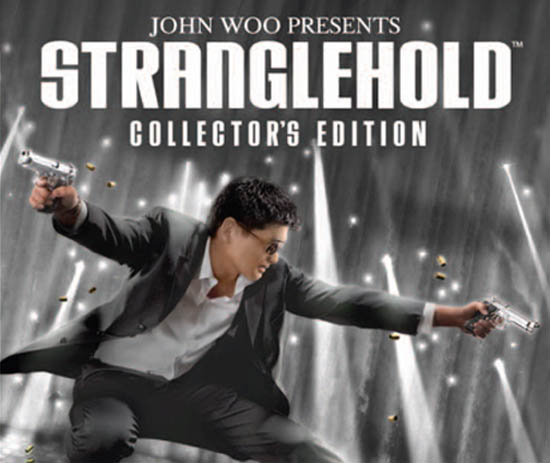 Gaming’s resident journo-badass N’Gai Croal gets the scoop on how the pack-in of the 1992 John Woo movie Hard Boiled came to be, as well as why it will only be playable in the PS3.

Level Up was told by Midway’s Steve Allison that they simply had the idea to include the movie, as Stranglehold continues the story of the character Inspector Tequila from Hard Boiled. Little did they know that rights owner of the movie already had plans to re-release it at the end of July.

To prevent the game’s release from shutting out sales of the upcoming movie disc, they agreed to only release a set number of game/movie combinations, and they created the disc so that it could only be played in a PS3. Allison says:

“We contractually limited the total number of units we would produce to a set number. I can’t tell you the number beyond the fact that it’s a six-figure quantity, and this works to make the Special Edition a real collector’s item–hopefully a part of videogame history in that it’s the first ever SKU to have a game and film on the same disc.

The film can only play/launch on a Sony Playstation 3 game system, not from a dedicated Blu-Ray player. This means a videophile can’t buy this for their Blu-Ray player; it’s going to be a gamer who is passionate about this SKU.”