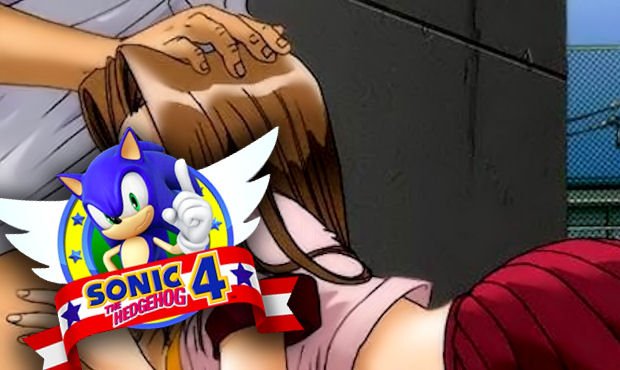 Sega officially announced Sonic the Hedgehog 4: Episode 1 on February 4, 2010. Since that time, we have seen a smattering of images, less than a minute of leaked footage, and a few scant details. However, despite the dearth of Intel available, I have been able to piece together a fairly clear image of what Sonic 4 will be.

Yes, Sonic the Hedgehog 4 is going to be the worst idea for a game since Denis Dyack screamed “FUTURE VIKINGS” in the shower one morning. I have been able to fully assess the product of an unreleased game from the barest of details, and I hereby offer a warning to anybody excited for Sega’s so-called return to form. Sonic 4 will totally suck because I said so, and if you don’t believe me, read on to find out exactly why it’s going to be so awful.

The first major problem with Sonic 4 is that it is episodic, and that’s terrible. Episodic games are the worst thing to have ever happened since straight people were allowed to marry. Half-Life 2 and Sam & Max have demonstrated exactly why episodic games fail on a routine basis, and then there are the Star Wars movies, which have all failed because they were split into episodes.

Having now proven that episodic content has never, and will never, work, you should hopefully understand that Sonic 4 is fundamentally flawed and thoroughly doomed. It is also different from what I was expecting, and different things are frightening to me. Sega’s not going to get my money if it insists on not doing what my brain tells me should be happening.

Seriously though, the similarities between Sonic 4 and Rush are too frightening to ignore. Dimps is developing it. It stars Sonic the Hedgehog. There are colors and sound. With undeniably suspicious coincidences like these, how can we not be certain that Sonic 4 is basically a pixel-for-pixel remake of Sonic Rush? We need to petition against this or something!

The graphics are too good:

One of the most abhorrent crimes committed by Sega in this alleged revival is the focus on graphics that don’t look like a steaming bucket of shit. I only like games that are at least fifteen years old, and so it sickens me to see that Sonic 4 isn’t blocky and pixelated and hurts my eyes. Every single game in the world should look like Mega Man 9, and I am dismayed that Sega isn’t ripping off Capcom’s idea wholesale with its own retro reboot.

The simple fact of the matter is that I really like the Genesis games, and while I could just play those ones, I’d rather have a game that looks, acts, sounds and plays exactly like one of the old Genesis games, but that will cost me more money to play. Everything needs to be precisely as I remember it in the early nineties, otherwise I will boycott this game, and we all know how devastating that would be!

Sonic’s legs are too long:

Sonic the Hedgehog is not a giraffe. He is a hedgehog. Hedgehog’s do not have long legs, and I can’t understand why they’ve basically tried to turn Sonic into a blue, spiky version of Bayonetta. I have decided that Sonic 4 will suck as a game because the main character’s legs are longer than I think they should be. This is a very good reason to judge the quality of a game. 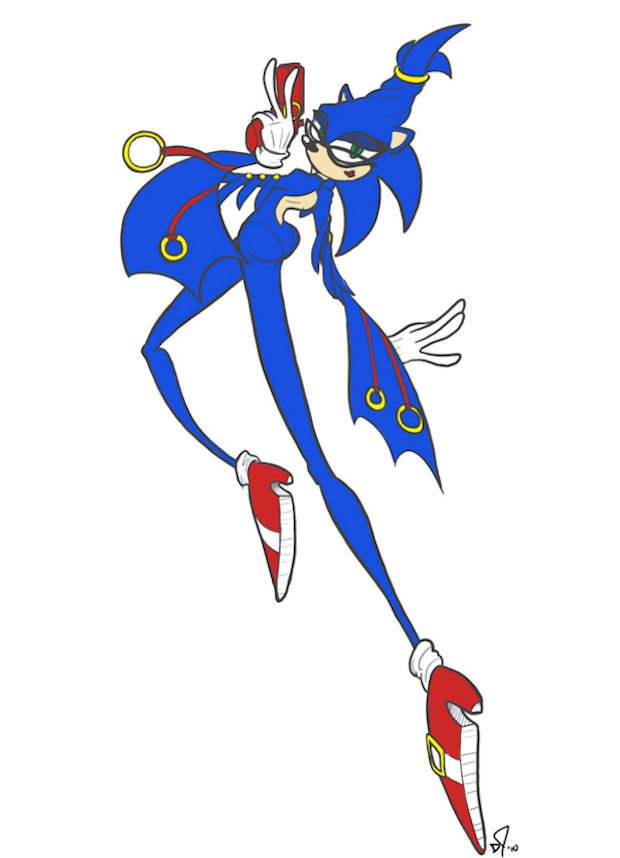 Spiders, Jeffery Dahmer and the Tripods from War of the Worlds all famously have long legs, and all three are evil. Is this what Sega wants its once-lovable mascot associated with? Arachnids, serial killers and Martian war machines? If that’s the kind of company Sega keeps these days, then don’t let me stop the bastards, but leave poor Sonic out of this.

Sonic should have legs like that ugly little thing that played Mini Me in Austin Powers. The Great Gazoo, or whatever his name is.

His eyes have a bit of green in them:

You might think that this kind of complaint is baseless nitpicking from a miserable, virginal, perpetually cynical furry prick, but I assure you that it is a legitimate, important complaint, and my decision to take up this fight as noble as Martin Luther King standing up for black rights, or bringing THE TROOPS back home from Iraq because soldiers are not paid to fight in wars. Yes, Sonic’s eyes … prepare yourself … have a bit of GREEN in them! What the FUCK, Sega!?

This is simply unbelievable. In fact, it’s so shocking that I can’t actually think of a conceivable reason why this would be seen as a problem to anybody, but believe me, this IS a problem to EVERYBODY. I’m not going to go back and change all my Sonic fanart so that he has green eyes now. I’m simply not going to do it. Sega’s the one who has to make the change.

Sonic is the wrong shade of blue:

Just look at the comparison images above. As you can see, Sonic in Sonic 4 happens to be a completely different shade of blue to Sonic from Sonic 3. At the risk of sounding like an annoying dick who uses the word “amusing” in a condescending tone to appear aloof and smart, I find it so very amusing that Sega cannot even keep a consistent grasp on what color their supposed mascot is meant to be. Oh dear, Sega, oh dear, you really are terrible at making videogames, aren’t you? Oh yes.

I mean, does Sega have any researchers working on this abortion of a project at all? In Sonic 4, my precious hedgehog is represented as predominantly Duke Blue with Bleu de France highlights, when anybody with even a basic knowledge of Sonic history will tell you that he’s more of a Palatinate Blue, with maybe an Egyptian shade if you want to really go mad and push the envelope.

I mean, come the fuck on, Sega. It really isn’t that hard.

Sonic is too slow:

Sonic is way too slow in the leaked footage I saw where Sonic wasn’t really given a chance to gain any momentum so I’m not exactly sure how fast he was. Sorry, but unless you’re pressing one button to make Sonic move from left to right and complete an Act in thirteen seconds flat then it’s simply NOT Sonic the Hedgehog, and I have the authority to say what is and what is not official Sonic canon because I roleplay as him on the Internet.

Sonic isn’t about platforming, level design, or physics. It’s about speed. Pure speed, and nothing else. I don’t want your stupid “gameplay” and I don’t want your ridiculous argument that pressing one button and occasionally falling into a cheaply placed chasm is bad design. Sonic is about SPEED, effective and intelligent gameplay be damned!

Sonic is too fast:

Jesus fucking Christ, slow down thar! As if being too slow wasn’t bad enough, he’s always ridiculously fast. I know he’s too fast because, again, Dimps is making it and Sonic Rush was too fast. Also, the first trailer said the word “speed” in it and that means he is going to be fast. I refuse to believe that they may have found a balance between platforming and speed because I am only capable of thinking in extreme terms. This is, after all, the Internet gaming community. Let’s not have such things as open minds and balanced ideas here. You can keep that shit to yourself.

The Egg-O-Matic is completely different:

Quite a few people were excited when they saw one of the leaked Sonic 4 screens and it revealed a classic boss from Sonic the Hedgehog (Green Hill Zone, Act III, to be exact). Truly, it is a boss fight that delights the senses and stirs the soul, and I truly thought Sega was onto something with this. That is, however, until I noticed glaring errors with the brand new Egg-O-Matic. Robotnik’s trusty vehicle is simply wrong in Sonic 4, and it’s ruined the whole game. Here are the major problems:

I’m sure there are more major differences, but I went temporarily blind after holding a magnifying glass up to my computer monitor and combing through the image, pixel by pixel, for twenty-seven hours. As you can see though, the number of errors Sega made with Robotnik’s iconic machine is absolutely atrocious, and speaks volumes of a company with no respect for its own library. This boss fight is going to need a complete overhaul before release.

HE’S SUPPOSED TO BE CALLED DR. ROBOTNIK ANYWAY SO SHUT UP: