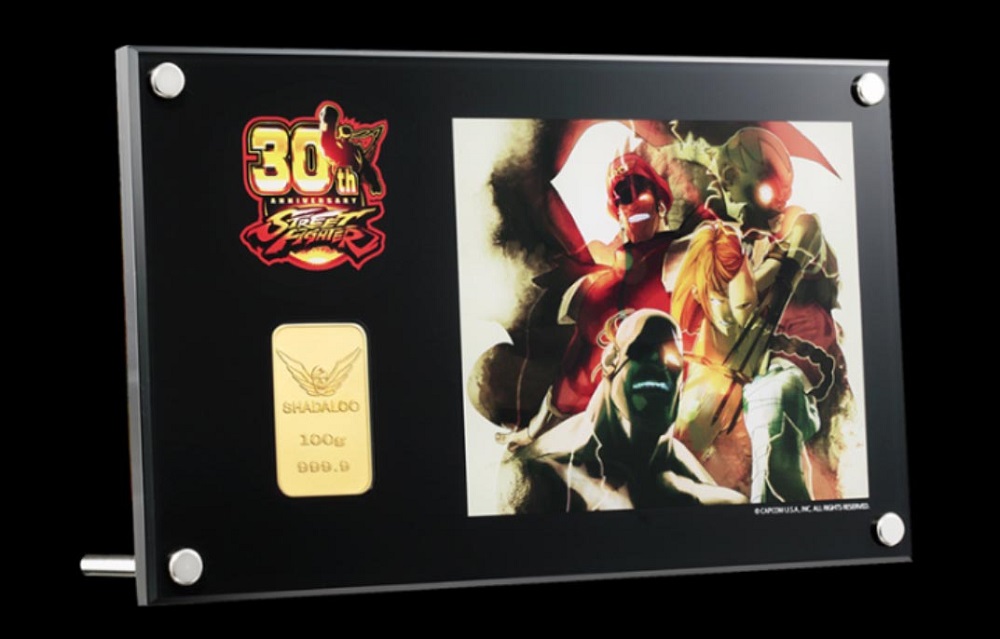 But what if that’s just not enough for you? What if you need to break the bank to celebrate the occasion? Well, you’re in luck, as Capcom are releasing SOLID GOLD INGOTS, emblazoned with the logo of M. Bison’s evil empire, Shadaloo. The very specific collector’s item comes embedded in a plaque featuring the anniversary logo and artwork of Shadaloo’s legendary “four kings”.

If you’re interested in checking out the ingots, then they are available at the Chugaionline Store. For the rest of us, Street Fighter 30th Anniversary Collection is available now on PS4, Xbox One , PC and Nintendo Switch.