I was reading this very nice article on Gamasutra about the dearth of legitimate homosexual characters in videogames, and was particularly struck by writer Andrew Meade’s suggestion at the end — make Nathan Drake gay. Now, before you laugh that suggestion off as little more than a silly bit of joking, I would like to state that I agree with Meade — and I am deathly serious about it.

I am fully aware that the Uncharted series is Naughty Dog’s property, and that Nathan Drake is its creation. I would never dream of telling a developer what to do with its character, demanding that it should do something simply because it would make me feel personally vindicated. However, I would like to suggest that Nathan Drake would benefit from coming out of the closet, for a number of good reasons. 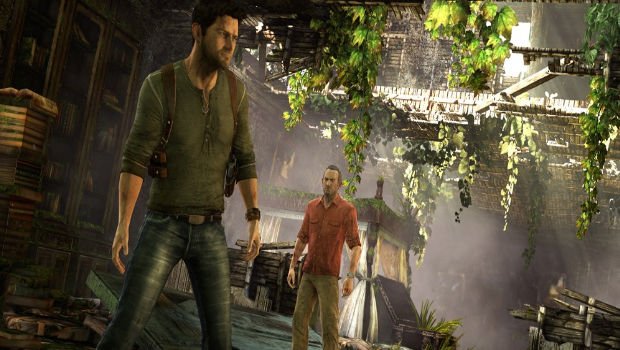 It makes sense from a story perspective

As Andrew Meade himself pointed out, the story of a man struggling with his sexual identity would suit the established character of Nathan Drake to a tee. Here we have a man who can’t forge a lasting, meaningful relationship with a woman and acts like a dick most of the time. These things would be perfectly explained by making Nathan insecure about his sexuality and attempting to come to terms with it.

Not to mention, such sexual frustration would explain the compulsion to travel the world looking for treasure, putting his life at risk for trinkets and baubles. The sheer amount of physical exertion and mortal danger that Drake subjects himself to could very well be the result of a man torn up by internal conflict.

And, not to sound too gauche, but it would kind of explain the relationship with Sully. That man’s too old for Nathan to just “hang out” with.

It would blow Dumbledore out of the water

When J.K Rowling said Dumbledore was gay, it was cute, but it felt a little too much like pandering after the fact. The Harry Potter series was done by then, Rowling made out with her fat loot and wasn’t too worried about losing popularity, so it was an easy thing to just randomly pick a character to be gay for some brownie points. It took no effort and required no writing. Easy win.

If Naughty Dog were to have Drake come out in-game, that would become legend. Naughty Dog would secure itself a place in history that I guarantee will be looked in with favor by our socially superior descendants, earning applause for becoming the first Triple-A game to feature an openly gay protagonist — one who was actually fleshed out and affable, rather than a two-dimensional camp stereotype.

We still talk about the iconic swerve of the Metroid series, when it turned out Samus Aran was a woman. It demonstrated that gender needn’t be a barrier to the creation of a strong videogame protagonist, and I like to think that a few kids at the time actually opened their minds a little bit, and changed their perception of gender in fiction. That can happen again, and it would be glorious.

I have little doubt that, one day, a game will be brave enough to do it. Naughty Dog could have that game. 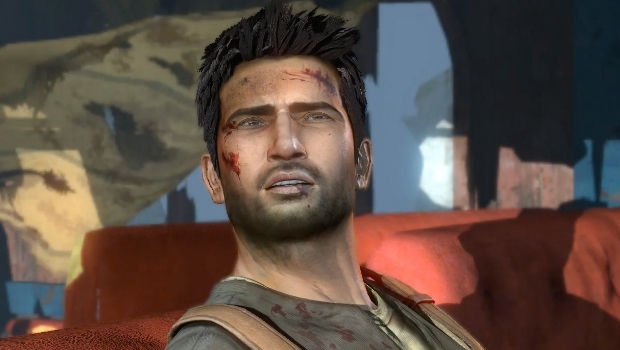 It could potentially change attitudes

While I am sure a fair few idiotic gamers would be grossed out by the idea of Nathan being gay, I am also certain that a lot of them would think, “Hey, Nathan Drake is gay, but that has not changed what kind of character he is, or why I like him.” As I stated before, Samus Aran opened minds up once before, so surprising us with Nathan’s sexuality could make that sweet lightning strike twice. It would make a real statement that gay characters can be heroic, interesting, funny protagonists as well. Being gay doesn’t stop Nathan being all the other things you liked about him. I think that would be a superb message to send to fans.

Perhaps I am still just a little too optimistic about people, but I like to think that folk who are scared or hateful about the subject of homosexuality simply don’t realize that being gay doesn’t change who a person is, or are learning secondhand information about LGBT people from outdated, poorly translated, often misrepresented doctrines. Nathan could be a good conduit through which a little education might flow.

Gamers have demonstrated that very little can stop them buying games. EA can screw customers over with online passes, make them jump through hoops with extraneous extra services, and charge obscene amounts of money for DLC, but people still buy its products. Bobby Kotick could strangle a puppy with his bare hands, but Call of Duty would sell gangbusters regardless. The Uncharted series is massively popular among PS3 fans, and the gameplay is something they’re hooked on. I do not think having Drake come out would dramatically alter that.

When you remember that videogame boycotts usually fail miserably, and that people who promise not to buy a company’s game end up buying it anyway, this is one situation where the spinelessness and slavish devotion of the gamer community can be used for good instead of evil.

Few studios have the power Naughty Dog has. Few games ever become popular enough to inspire guaranteed loyalty and are therefore in a position where they could get away with something like this and have it be a riskless gamble. It is not Naughty Dog’s responsibility, nor its obligation, but since it has the power, it would certainly be awesome to utilize it. 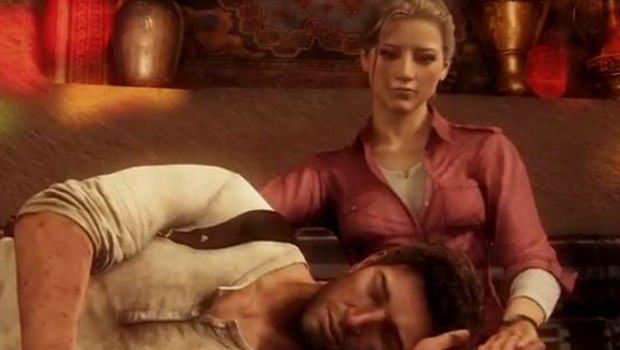 It would mess up the minds of genuinely homophobic gamers

Okay, the last point is petty and vindictive, but why not? Those PS3 gamers who genuinely hate gay people but love Uncharted would be mentally torn to shreds by the idea that one of their favorite game heroes was a “fag.” Perhaps some would grudgingly start to admit that Nathan’s still cool. Others might just have a mental breakdown and post ridiculous, poorly spelled tirades on GameFAQs, but it would be terrific to witness either way.

I bet the most insecure ones would even start to question themselves and wonder why they liked Nathan so much. I mean, they’ve just spent three games staring directly into the ass of a gay man for hours at a time, cooing over the PS3’s impressive graphics as Nathan’s shirt gets all wet and clings to his toned, glistening torso.

Why were you looking at Nathan that way? Did you feel it? Just a little pulse ripple along your shaft? Just the once? Did you? You can’t be sure, can you? What does it mean if you did? If Nathan Drake just started stroking your face, would you stop him? Would you close your eyes? Oh God, you don’t know. Why don’t you know what you’d do? Why does it feel like Old Snake’s wearing nothing at all? Nothing at all? What are you going to tell Mom and Dad now?

At least, that’s what I’d like to think they’d be saying to themselves.