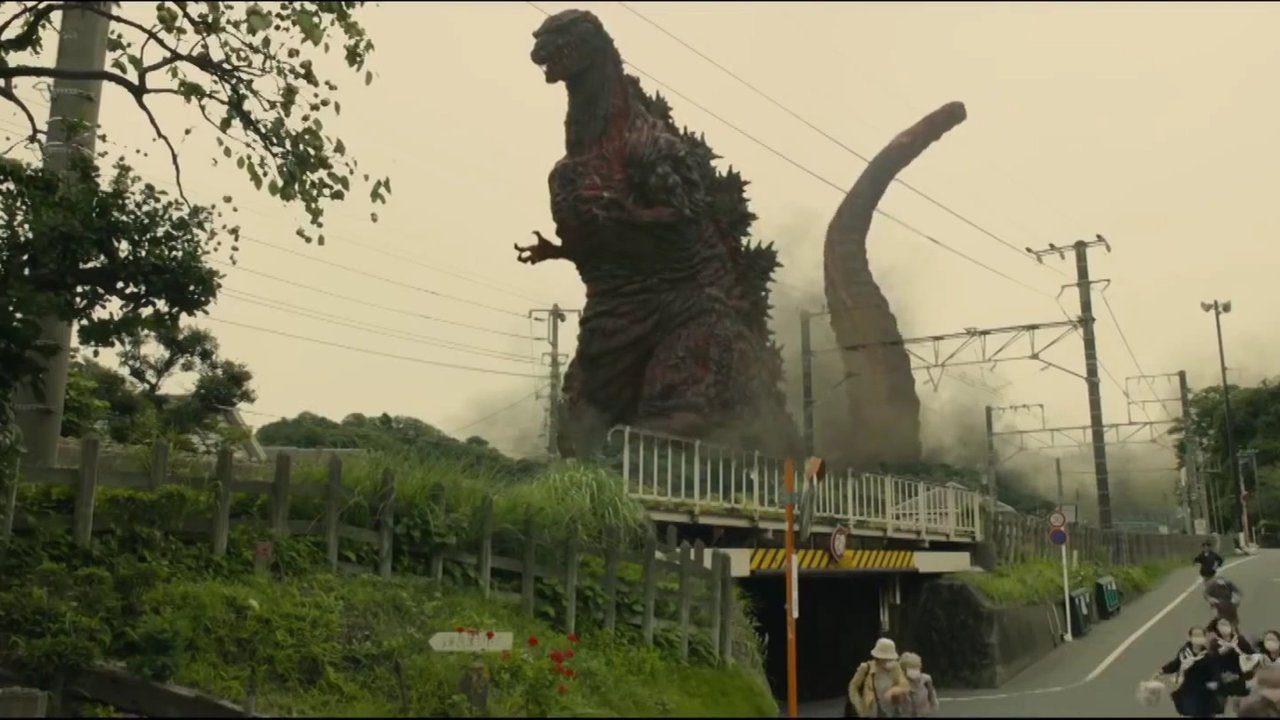 Godzilla is more than just a fighter

As a sheltered and awkward child growing up, I really have to hand it to my childhood friend Tristan. Our friendship was always tricky (he was my best friend, but I wasn’t his), but growing up, he helped me come out of my shell. He also introduced me to so many of the things I love today, like ham and cheese Hot Pockets, orange soda, potato chips on sandwiches, Super Smash Bros., and a giant beast known as Godzilla.

My first exposure to that radioactive lizard was over at his house, watching Godzilla 1985. The American cut, not the superior, Raymond Burr-less The Return of Godzilla on which it’s based. We didn’t know any better at the time. We just saw a giant lizard stomping shit, and it was the coolest thing ever. There would be many weekend sleepovers with VHS-dubs of all the classics, watching Godzilla fight everybody from the Thing to the Smog Monster to Mechagodzilla.

We also rented the video games, but those hit decidedly different for us. Starting with Godzilla: Monster of Monsters! for the NES, we were continually disappointed by big green’s games. Well, at least the ones that we could play. Godzilla saw more than a dozen outings during the ‘90s across a wide array of hardware, and not everything made it overseas. It wasn’t until Godzilla: Destroy All Monster Melee hit in 2002, long after my friend and I drifted apart, that I would finally be able to experience what is commonly known as the “good” Godzilla game.

But that was nearly 20 years ago. And following two inferior sequels, the franchise bottomed out with Godzilla Unleashed: Double Smash for the Nintendo DS. Since then, it’s been pretty dire for Gojira. He’s all but been relegated to shotty mobile titles like the idle clicker Godzilla Defense Force, Run Godzilla, and the recently released Godzilla: Destruction. The last console game for the kaiju to see a worldwide release was 2014’s Godzilla for the PS3 and PS4.

Why is that? Why has it been so difficult for Toho to find a developer that can really do something with the IP? Why are we limiting cinema’s biggest beast to the smallest screens possible? Finally, why is it when a majority of Godzilla games are made, we play as Godzilla?

I mean, yeah, I understand the idea behind it. Put players in the control of ‘zilla and let them wreak havoc on Tokyo while fighting other kaiju. I get the appeal there and how it directly corresponds to the post-1964 ShÅwa Era of films where Godzilla was always battling something across Japan.

But destroying shit isn’t exactly a rarity in games. The only thing Godzilla does differently than, say, Red Faction, is it lets us level a city as a giant beast. But when you play as Godzilla, you lose his scale. Godzilla is supposed to be a massive prehistoric sea monster, but you really don’t get that when viewing him from a top-down angle like in Melee. Nothing about him seems formidable or god-like when players are in control of him.

I truly think the only people in the past 40 years who’ve been on the right track with making the first great Godzilla game were the developers at Granzella. Back in 2017, they released Kyoei Toshi, or City Shrouded in Shadow, for the PlayStation 4. The game adapted the developer’s niche Disaster Report franchise for the giant monster genre, putting players in the shoes of a Japanese man or woman who tries to escape a city besieged by massive beasts and mechs. Of course, watching 20 minutes of actual gameplay from the title tells me it’s something I shouldn’t bother with. But still, if there is any formula that is on the right track, I’d wager it’s that one.

I’m not sure what the future holds for Godzilla. On film, his time in the MonsterVerse is allegedly over, which means we might finally get a follow-up to the best Godzilla film to date, Shin Godzilla. There are also the Netflix anime movies and series that Toho has been producing for the past couple of years. As for games, there’s really nothing on the horizon outside of another free-to-play mobile title. I can only hope, with this new generation of hardware, some developer out there is starting work on what could be the first great Godzilla game.

Or if not, at least we have PlatinumGames’ Project G.G. A Go-Go to look forward to.