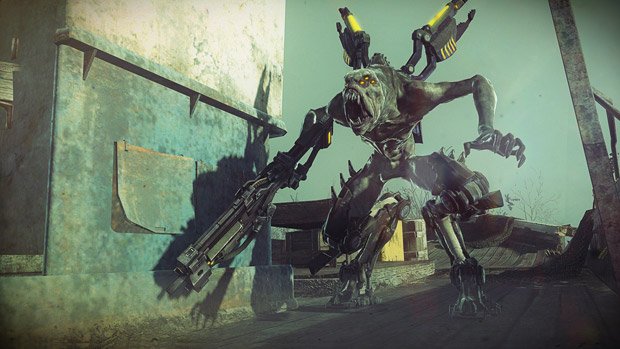 ‘[It] wasn’t going to be the right game for us at that time,’ says CEO

Although Insomniac Games finished its work on the Resistance series with Resistance 3, that didn’t stop Burning Skies from happening, unfortunately. It’s possible (plausible, even) that another studio will take on the franchise, but for the record, here’s why Insomniac went with Fuse instead.

“We decided to bring Resistance to a conclusion when we looked ahead and realized that Resistance 4, while possible and something we seriously considered, wasn’t going to be the right game for us at that time,” Insomniac CEO Ted Price told GamesRadar. “We wanted to do something new.

“One of the aspects of building franchises, and sticking with them for a long time is that even the team can get franchise fatigue,” he continued. “We had been pushing hard with Resistance from the beginning — which was a tough birth — to Resistance 3, which is a game we were all very proud of. With Resistance 3 it felt like we had capped off, or at least closed a major chapter in that franchise. So, a lot of the team was looking forward to doing something different.”

Price explained that after five new intellectual properties, “it’s still terrifying creating something new. It’s always hard to predict how fans are going to react, and given the amount the industry has changed over the last few years, it’s getting even harder. Being in a position where we can create new IP, and make new characters and worlds, it’s a real blast for us. It’s why we at Insomniac are in the business, no matter how challenging the industry gets.”

“After Fuse reveal, we scrapped all the weapons” Insomniac CEO [GamesRadar]