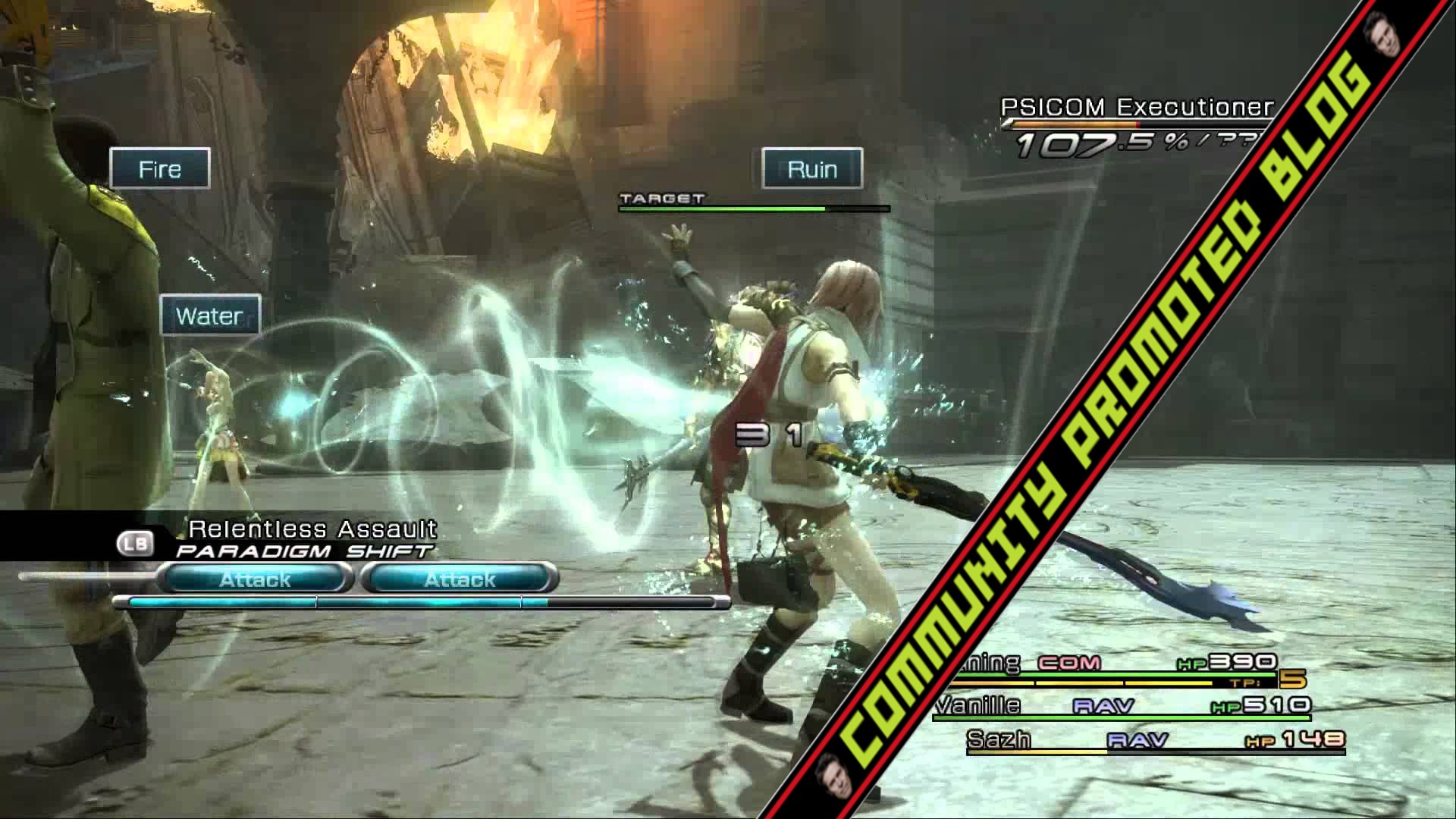 [I am of the opinion that Final Fantasy XIII is a puddle of wet farts…but that doesn’t mean you still can’t morbidly enjoy wet farts! LaTerry’s line below, “I love it so much,” is such a bold and amazing statement on how you can really, truly enjoy something despite its faults. And if you can’t find the good even in the admittedly rather bad, then you’re really going to miss out on some hidden gems. Save your vitriol of the game for another article – just enjoy the jank with us. – Wes]

I love it so much. 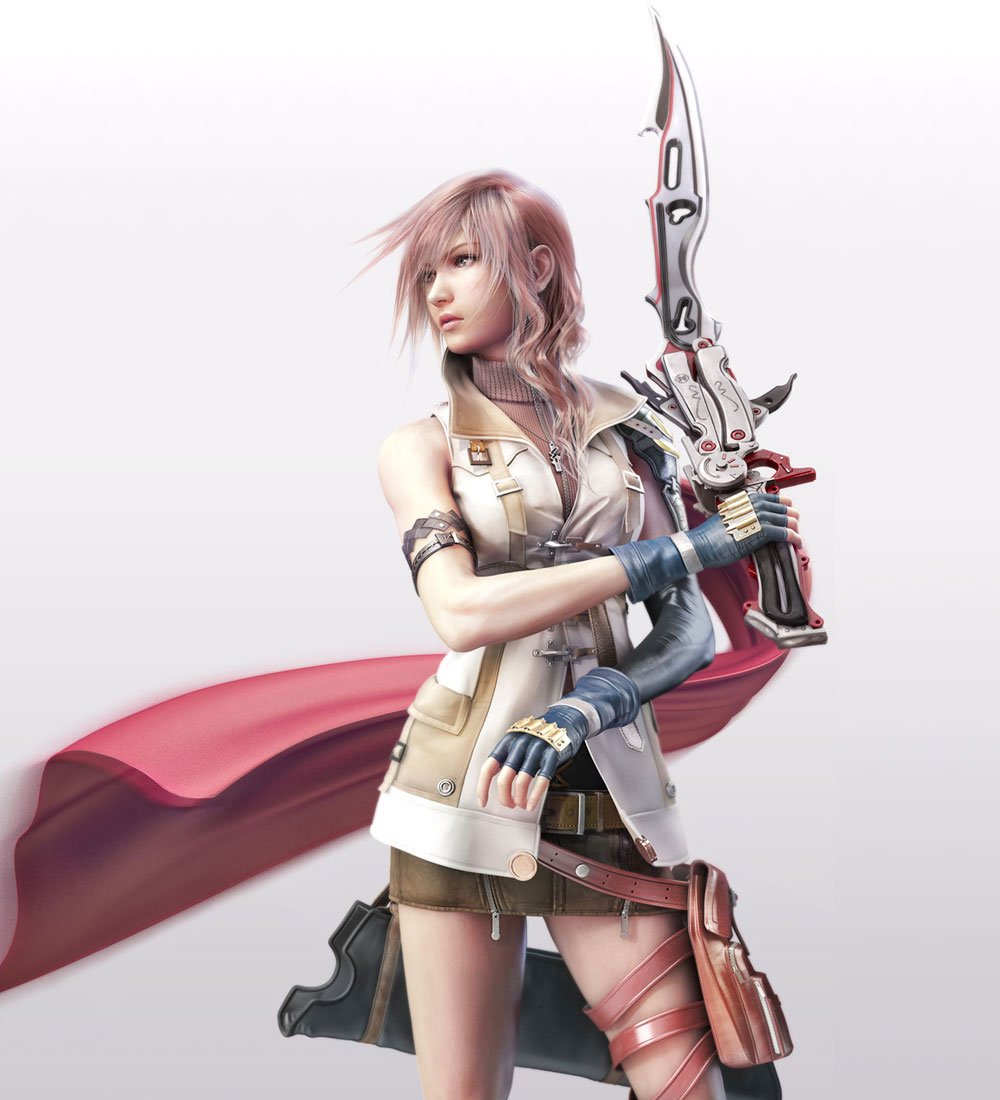 Look at that hot garbage!

Earlier drafts of this blog attempted to admit the game’s flaws but then to highlight the good points that made me love it in the first place. Something like, “Yes, the game is a hallway simulator, and yes, Snow is the worst thing to happen to video game characters ever, but the Paradigm battle system was really fun and added a lot of strategy to the game.” No matter what I did, I couldn’t make that work – mostly because the negatives far outweighed the positives, and I feel like that’s been covered so many times before.

Instead, I’m going to tell you a story. A story about a young nerd who fell in love with a game, and then was told his love was wrong.

I was so incredibly hyped for Final Fantasy XIII when it was announced. An HD Final Fantasy game on a powerful new console was making me lose my mind. The trailers looked amazing, the music they showed off sounded wonderful, and most of all, it was Final Fantasy, a series that had never let me down. I saw no reason to not be excited.

So much action, so much convoluted plot!

FF XIII came out at a time when I had little obligations and no backlog to speak of, so I got through the game quickly. I liked it enough that I beat it twice in a short amount of time. I had such a fun time with the game that I even posted about it on Facebook. None of my Facebook friends were also gamers, so I received little warning about the storm that was coming. Some of the reviews were middling, but most of them were pretty positive. I was loving my time with the game, so I figured that everyone else was too.

Imagine my surprise when I got onto the internet after beating the game to find a sudden (to me) and almost universal hate for FF XIII. There was little debate; the internet had come to a consensus that FF XIII was bad. So bad. This was hard for me swallow; it’s never nice to be told that something you like is terrible, by extension making you, too, terrible. That might sound a little hyperbolic, but that was the general feeling I got from the internet. Final Fantasy XIII is bad, and all the idiots who bought the game are part of the problem; Final Fantasy XIII is bad, and anyone who enjoyed it has terrible taste; Final Fantasy XIII is bad, and so are the people who like it. Those people are stupid; they’re unsociable nerds who can’t tell that Lightning is poorly written because of how pretty she is. People who like FF XIII are bad. 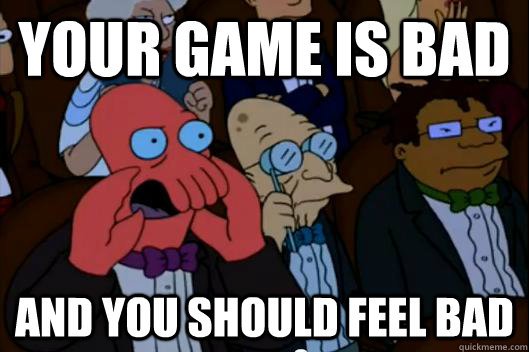 Shouted in every corner of the internet.

It took me a long time to realize that these people on the internet were pretty much spot on about the game. I played it again several years after it came out, partly for nostalgia, partly to prove those jerks on the internet wrong. Unfortunately, I only saw how right they were. All of their criticisms were correct. Lightning is kind of insufferable. The game is a hallway for forty hours. There’s a lot of jargon to sort through, making the plot at times more convoluted than Kingdom Hearts. All of the game’s flaws were placed before me and I couldn’t deny them anymore, but you know what? I still had fun. All of the things I liked about the game were still there, and while I could now recognize the flaws for what they were, I was still able to enjoy the game. I found that despite how punchable Snow was, how unflinchingly linear it was, and how stupid the plot was, I still loved the game.

The internet seems to have a bizarre hivemind about certain media that it deems bad. The most recent Star Wars movie is a good example, even if the consensus wasn’t as unanimous. There is a very loud section of the internet that has decided that The Last Jedi is bad. They feel strongly about the film that there have been petitions to remove it from the official canon, there have been tears spilled over ruined childhoods, and of course, there has been name calling and shaming of anyone who had an enjoyable experience watching it. It feels like a moral judgement is passed upon anyone who liked The Last Jedi. Some of the loud people who hated it seem to take it as a personal attack that anyone could enjoy the movie, and so their criticism gets harsher and begins to move towards the people who liked it along with the movie itself.

I think it should be noted that some of this is perceived. It can feel very personal to see something that we love attacked so harshly, and it will feel like we are being attacked as well. I don’t know how much of the internet outrage over things like FF XIII and The Last Jedi is pointed directly at the media itself, and how much also attacks the fans themselves, but no matter the ratio the effect is the same. Often those who love the media initially feel pushed back, and as a defense will start to harshly criticize what they loved as well. Upon seeing so much vitriol for what they enjoyed, they reverse their stance so that they aren’t left out or singled out. “What? No, I never liked that game/movie/book! No way! It was obviously so terrible!” they say while letting their souls die just a little bit.

Another example of this trend is the Twilight books and movies. In my honest opinion, these books (I haven’t seen the movies, but I did read the books) aren’t good. There are so many fundamental problems in the storytelling and lack of plot. The relationship that the books revolve around is incredibly problematic. Also my sister adores them. She loved the books to death and went to see every movie. For a while, I was one of those voices on the internet yelling about how bad the books were and implying pretty heavily that those who read them are similarly challenged. Then my little sister approached the internet and discovered all the hate for what she loved there. She asked me, a “book person” in her eyes, if the books were really all that bad, and I finally saw an opportunity to enlighten my sister, and I told her that they were absolutely terrible.

The look on her face mirrored mine when I saw the reactions to Final Fantasy XIII. She had felt personally attacked for liking these books. I realized that before Twilight, my sister didn’t read at all. She used to hate books and avoided them as she saw them as something nerdy people like her brother enjoyed. Then Twilight happened and she started reading. She was now being told that the thing she loved that was introducing her to a new hobby wasn’t actually worth her time. I quickly changed my tune and told my sister that there was nothing wrong with liking something bad. You can recognize that something is bad, but still enjoy it. If you like it, don’t let anyone else tell you that you shouldn’t. Don’t close yourself off to criticism, but don’t let that criticism stop you from enjoying yourself.

Luckily my sister is made out of tougher stuff than I am and she didn’t let the internet tell her that she shouldn’t enjoy what she likes. I don’t think that she would have let me keep her from enjoying what she likes if I hadn’t course corrected either. The internet is filled with noise, and a lot of that noise is negative. You don’t have to participate in all that negative noise. Once I realized that, once I realized that I didn’t have to feel guilty for liking something that was bad – even if I recognized that it was bad – I felt free. So yes, I can loudly declare that I love the Final Fantasy XIII trilogy. I can also loudly declare that the Final Fantasy XIII trilogy is a dumpster fire, but I also wouldn’t have it any other way. There are plenty of games that I enjoy, low review scores and all. There’s nothing that the internet can say that will make me enjoy them less.