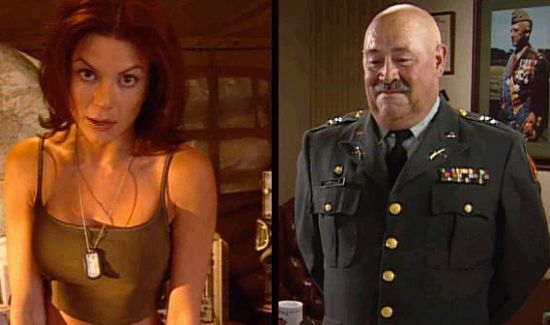 As gamers, we tend to hate live actors in our videogames. We’re fine if they do voice-over, but should they actually step in front of the camera and perform a scene, then God help them.

Videogames are a virtual world for virtual people; when living, breathing humans enter that world, they not only break the illusion, but their performances usually suck varying levels of ass, as well — titles like Night Trap and A Fork in the Tale come to mind.

Good performances…every once in a while

Human performances, by their very nature, have the potential for a greater, more realistic range of expression than any virtual performers can or will have for at least the next ten years (Alyx Vance, and all other female protagonists who resemble her notwithstanding). Granted, this potential was almost never fully realized by games who relied heavily on live actors in the 80’s and 90’s, but a few games still managed to break away from the pack and feature legitimately compelling performances. 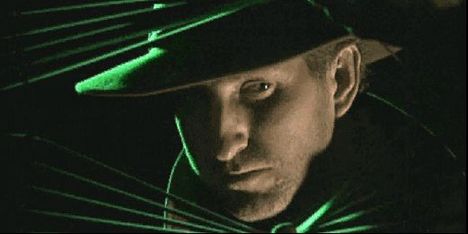 I’ll admit that Chris Jones’ performance as Tex Murphy left much to be desired in the first few games of the series (the word “much,” in this case, is a synonym for “subtlety”), but by its final entry, Overseer, Jones had managed to turn Murphy into the lonely, good natured loser he was always written as. He did have to go through one or two games of painfully awkward overacting to get there, but the fact remains: in the end, Tex Murphy was one badass live-action character.

I’ve talked about Toonstruck in some detail before, but it has to be said that watching a live-action Christopher Lloyd run around a completely animated, Looney-Toonish sort of world was, is, and always will be, totally badass. Like Who Framed Roger Rabbit, but playable, and with more cow bondage.

Hey, look, it’s another link to an older article. This game included Dirk Benedict, Erick Avari, and the British guy from the Tombstone Pizza commercials — and their performances were friggin’ hilarious.

I haven’t actually played either of these games, but both titles not only received generally positive reviews for their gameplay, but were also commended for their exception FMV sequences, which featured Mark Hamill, John Rhys-Davies, and Malcolm Goddamn McDowell. Anything that combines those three names and then adds Biff from Back to the Future is a-okay in my book. 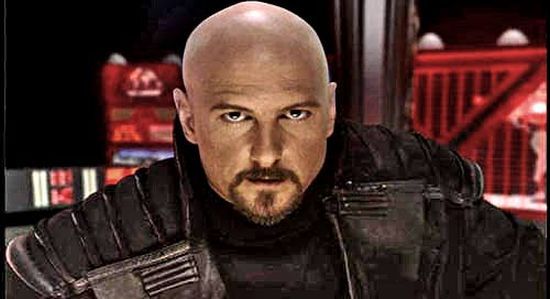 Just think — without live actors, we wouldn’t have Kane. Or, we would have Kane, but he’d be a lousily-rendered, charisma-devoid shadow of his current self. Kane may be one of the coolest videogaming villains ever — thanks mostly to the performance of Joseph D. Kucan, who (quite irritatingly) never seems to age throughout his many performances as the Brotherhood of Nod leader.

Making Kane a 3D rendered character, even with today’s technology, would still remove all of his enigmatic allure: his confidence, religious zealousness, and, yes, his goatee, would feel artificial, distancing, and ultimately worthless due to the generally expressionless nature of 3D characters (Alyx Vance, and all other female protagonists who resemble her notwithstanding).

Sewer Shark and Night Trap are, when all is said and done, memorable. They are, of course, memorable in the same way that being struck in the testicles with a ball peen hammer is memorable, but who cares? If you want to see some of the most awful, unintentionally hilarious cutscenes in modern history, one need look no further than the impromptu Night Trap musical number or the opening to Sewer Shark. And thanks to the wonder of YouTube, I’ve got both:

Had Ed Wood worked for a gaming company and been given a budget of approximately eighty dollars, he might have come up with something as soul-crushingly painful and/or hilarious as any of the scenes from these games. These cutscenes are the sort of things you watch and mock within your group of friends — lord knows it’s been done — but have graphic nightmares of for the next few weeks. That, ladies and gentlemen, is some serious cutscene staying power.

Given my admittedly meager vocabulary and limited skill of description, it’s tough to explain what I call “the reward system” without sounding mildly insane. This doesn’t mean I won’t try, of course.

The reward system only applies to games whose live-action scenes take place periodically throughout an overarching campaign: the in-between cutscenes of the Command and Conquer games, or the gradual reveals of video footage in Evidence: The Last Ritual are good examples of this. Instead of serving as a mere means of moving plot along, explaining objectives, or giving clues, the live-action video also serves as a sort of reward for the player after he or she has completed a chunk of gameplay. The rhythm is set up early on in the game, and repeated throughout: mission, video, mission, video. This structure turns the videos into a treat, a break between missions that the player can use to relax and prepare for the road ahead.

This sort of structure is present in many, many other games that don’t happen to include live actors, but I personally feel that the cutscenes I most look forward to watching are those with real people. In terms of the C&C series, this is why Generals was so utterly uninvolving; the lack of the series’ trademark live-action cutscenes reduced the incentive to play through the game. No gamer in their right mind would ever stop playing a game solely because they didn’t like the cutscenes (videogames tend to be for, you know, gaming), but even so, I had a much better time playing through Red Alert 2 when I knew that each mission would end with Barry Corbin, in all his balding, Wilford Brimley-esque glory, congratulating me in a job well done.

I liked his scenes so much, in fact, that I wrote the following haiku:

You don’t have diabeetus

But I still love you.

In all honesty, this particular aspect of live-action cutscenes is totally unfair, and I’m one I’m not particularly happy to point out. But it stands to be said that in a game like Evidence: The Last Ritual, where the female protagonists are played by unusually (but realistically) attractive women, the (assumedly male) player develops a greater emotional attachment to said protagonists through his desire to bump uglies with them. Even given the fact that the female actresses aren’t particularly good in Evidence (though, to their credit, this isn’t entirely their fault: for the English version of the game, the two French women had to re-shoot all their scenes in a language obviously not native to them), it’s hard not to worry about their fate, due to how cute and unassuming they are. Where Lara Croft and Bloodrayne’s sexuality is overt, unnecessary, and generally pretty immature, the slightly less pretentious practice of putting realistically attractive people in front of the camera and forcing the player to care for them is much more effective in terms of simple empathy.

As I said, it’s an unfair, irritating and purely incidental strength of the medium (and one I am not proud to consider myself affected by), but it’s a strength nonetheless. Casting cuddly, attractive actors in live-action cutscenes is an easy, effective, and really infuriating plot device that works on an emotional level, but also makes you feel sort of dirty as a result (see also: an episode from the most recent season of 24, wherein a mentally handicapped computer hacker is caught in a sniper’s crosshairs). 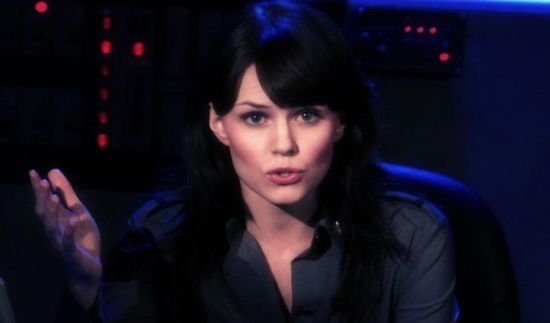 As a supporting actor on House MD, she prompts a, “hey, it’s that chick” response when she first appears; as she seems to take her performance so seriously, watching her act is alternately awkward, adorable, painful, hilarious, and pleasing; because said performance is so wildly inconsistent throughout the course of the game, it becomes worth finishing each mission just to see what Morrison will do next; and since she’s drop-dead gorgeous, the player grows to care about her, thereby wanting to see more of her.

And, for the ladies, Josh Holloway should elicit a similar response. Hell, I’m straight and he elicits the same response from me.

I don’t wish to say that using live actors in full motion video is a movement that should necessarily come back, but it has to be said that the trend, for its innumerable faults, most assuredly had some upsides. Spycraft used live actors to create a much more realistic and immersive experience. Under a Killing Moon utilized its FMV moments to create sometimes-goofy, sometimes-genuinely compelling dramatic scenes. Command and Conquer channeled all the cheesy B-movie quality of its live cutscenes into an oddly intriguing franchise trademark.

Given that virtual characters are often extremely difficult to empathize with (A.V.,a.a.o.f.p.w.r.h.n), live actors occasionally represented a more effective manner of connecting player to character, thereby making the story more interesting. The worst moments of live-action FMV’s were those of a medium in its infancy: crap like Sewer Shark and Night Trap came about due to developers who were testing the limits of what, at the time, was brand-new technology. With some more experience and maybe some better directors, who knows what could have resulted?

Of course, live actors can’t truly come back in any real way: given some of the recent virtual actor technology we’ve seen (Heavy Rain), now is the time for programmers to explore the possibilities of how realistic and empathetic virtual actors can be — and at this point, the last thing developers need to do is try to openly emulate another medium. Long and hard is the road that leads out of the uncanny valley, but it must be done, nevertheless. I only hope that maybe — just maybe — the old days of  live actors in front of green screens might help the transition.

Then again, maybe not.