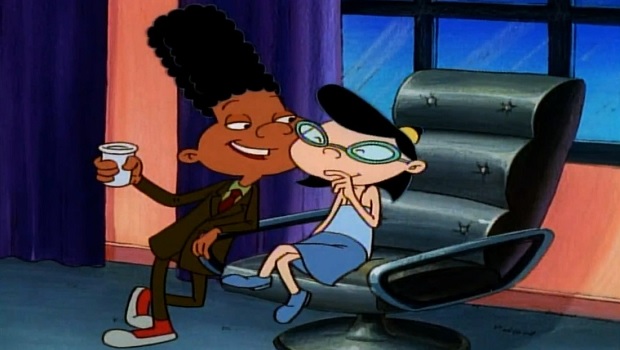 [Dtoid community blogger BrothaDom shares some thoughts on race in videogames and videogame culture. Want to see your own words appear on the front page? Go write something! –Mr Andy Dixon]

The other morning, I woke up to a group of tweets from Phil Fish, a French Canadian game designer. (He made Fez; it’s pretty popular.) It shocked me at first, because I don’t know much about his views on anything, other than that he is outspoken. He started out with commenting on the Zimmerman trial. Whatever, everyone has an opinion on that, but it’s always cool to see guys like Phil Fish talking about non-gaming issues. (At least to me.) But then it took a turn that I hadn’t expected.

“Name one famous black game developer GO.” It was a simple tweet, but one that carried some intention that I hadn’t expected from Mr. Fish. The replies were rather predictable I’d say. A couple names were brought up, but the consensus was Derek Smart. I’d personally never heard of him, but maybe that should be a “shame on me” sort of thing. Auriea Harvey came up as well when it was questioned if any black women were well-known. Again, a “shame on me”-type thing for not knowing. But the predictability continued with a few jokes, nothing offensive, but the eventual “race, gender, skin color, etc. shouldn’t matter, only the quality of games should matter” type comment came up. 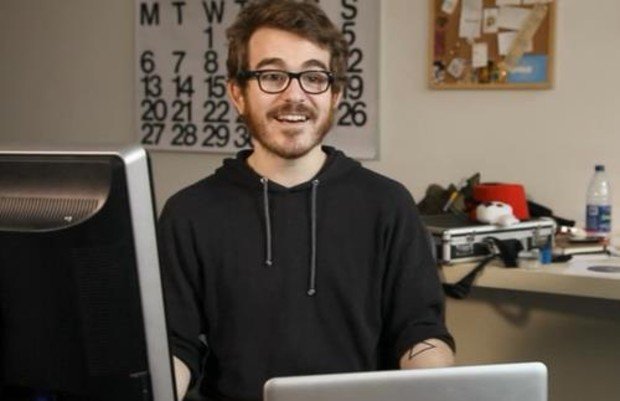 Phil Fish. Not a black man.

I’ve heard this argument many times in many settings. And to be honest, it makes logical sense: I get where it’s coming from. But I don’t think it is a thought that should be followed so strongly. Bear with me for a moment while I explain a bit about myself.

I’m 23 years old, which means that I was born in 1990. I was never aware of any ridiculous civil rights breakdowns/movements during my life as they were happening. However, I was pretty concerned with Sonic, Mega Man, Sega Channel, and Pokémon. If you had asked five-year-old me which color people were the best, I would have undoubtedly said “blue” with pride. Race was something I was cautiously warned about, but never something that I cared too much about at the time. But as I grew up, it was pushed into my view by others’ efforts way more than mine. 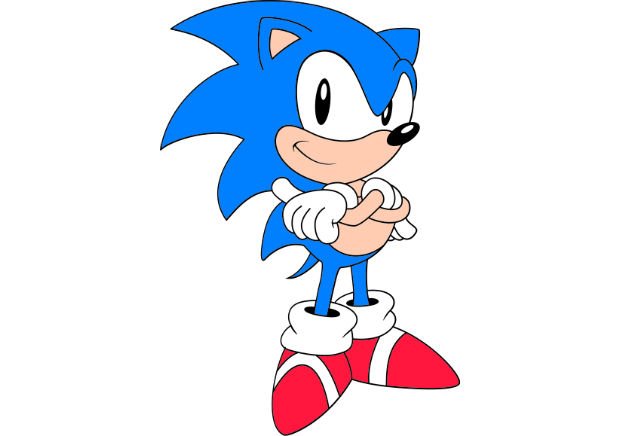 Seriously, my life was all about this dude when I was a little guy.

I mean, I guess I sort of noticed that there weren’t a lot of black characters in the games I was playing or the cartoons I was watching. (You could count Daffy Duck, but doesn’t that feel like a cop-out?) But I didn’t care; I was playing Sonic. I didn’t expect there to be a black hedgehog running around grabbing rings anymore than his fox sidekick. Most of the mascot-type games of the time never seemed to need racial tones anyway, so it wasn’t something I really thought about.

However, Halloween always got tricky once I got older in this sense. As it is probably obvious at this point, I considered Sonic my favorite game character, so naturally, this was the first costume I chose when I was a child. And luckily, no one batted an eye. Why not have a black kid be Sonic? The only skin you could see was his mouth, and it was already sort of brown anyway. 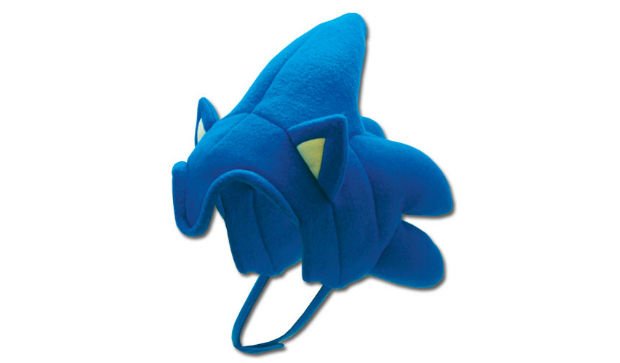 I guess I didn’t really get to keep this courtesy once I got older. A 14-year-old can’t really dress in a Sonic costume and be considered cool. (When I was 14, being “cool” was probably one of my biggest priorities. Now, I wouldn’t care.) So, I decided to upgrade to something more “realistic”… or at least human-ish. Naturally, I chose Link from the Zelda series, because elf/fairy people are obviously realistic enough to not get laughed at in high school. Some people recognized it, which was a huge relief to me at the time. (Nerd culture wasn’t cool yet.) However, one comment did come up a lot: “Oh nice! You’re Black Link!” “Well, no. I’m Black. I’m just costuming as Link. And I’m not Dark Link, either.”

While I can follow the train of thought, it didn’t make me feel particularly good. But this was from the people who knew whom I was pretending to be. The people who didn’t just assumed I was a “Black Christmas Elf.” I get the Christmas elf part, definitely, but didn’t understand the need for the race-qualifier. I never thought of elves as having a particular color scheme. That wasn’t me bringing it up; it was the other kids. The white kids. I got a very similar response the next few years when I was Sora from Kingdom Hearts 2. I didn’t feel like I was doing anything “black”, other than being black wearing a costume of a “not-black” character. I wasn’t playing to any stereotypes. Had I been a Mario brother wearing big sunglasses with a giant gold chain, cultural stereotypes withstanding, I’d understand why people could make the qualifier: it would be something other than just my skin color. I still get this response as an adult commonly. But now it’s “Black Finn from Adventure Time“, not just “Finn from Adventure Time“. (I do understand if there were a bunch of people in the same costume, as it would be useful to identify someone by their skin color; another detail makes identification easier. But that’s not what I’m speaking to.) 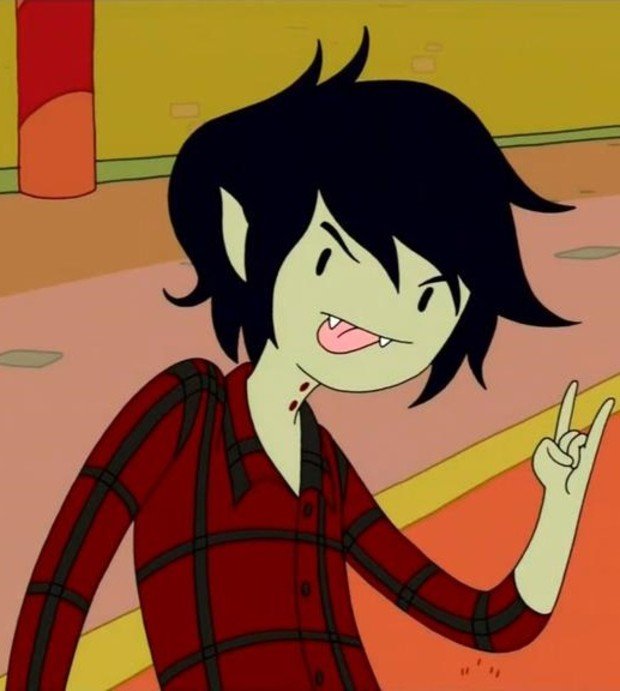 But it didn’t throw anyone off when I was a gray-ish green vampire.

Similarly, growing up in a predominantly white community, I was often told that I didn’t “act black”. Or I didn’t “talk black”. Or “like black things”. My main interests were videogames and soccer. I thought those were two of the most ethnically-neutral things this planet had to offer… but I guess this is why we need black developers and personalities in gaming. (And other media, for that matter.)

After all, my interest in videogames wouldn’t seem so “not-black” if people knew about more black people that played games, made them, etc. I feel the same way about black characters in games/movies/cartoons. As children, we get a lot of our exposure to people different from us from media. Too often, the character that looked like me — if he existed — was relegated to support (often as the nerdy black best friend) or was the bad guy; I never got to be the star. 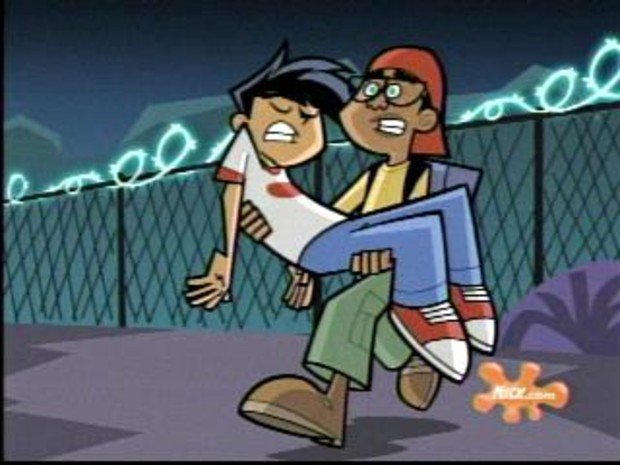 Although when your best friend is a super-powered half ghost, being support is still pretty important.

And for other children, it’s logical to believe that they’ll internalize hurtful thoughts if all their examples of black people are rappers, athletes, or criminals. This leads people to having a narrow view of what is really out there, which is unfortunate for everyone. 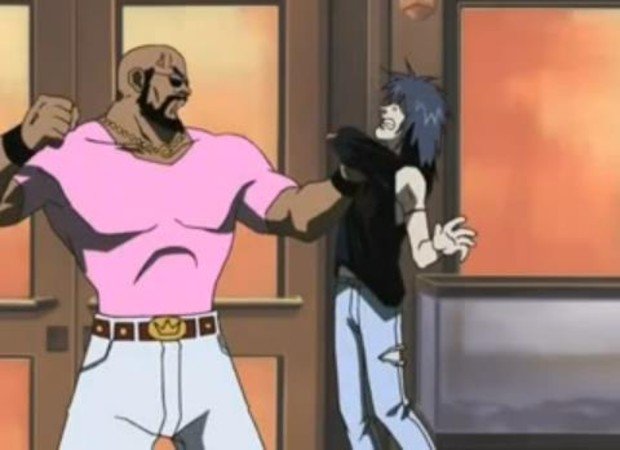 I’m not calling for every series to have a black lead, or even black characters, but it would be nice if there was a bit more diversity. I don’t even mind the stereotypical archetypes, as people like that do exist! But what about the whole spectrum of personality types that is made to seem non-existent? That’s where the problem lies. If every character was a thug, hillbilly, stripper, maid, or scientist, that would be awful and untrue; but having a few of those among everything else is realistic.

So why does it have to be about race? Because many of us were taught that it was by the same people asking that question. My question is how come it never gets to be about race on my terms, but it’s able to be thrown in my direction? When I did things, my race was brought into the situation on someone else’s terms. Because of this, it puzzles me that when an injustice or odd thing happens and race is one of the noticeable things, why must I assume that THIS is the time race doesn’t matter? It just makes me think.

But it makes me feel better when, in the midst of people saying that it’s only minorities that bring this stuff up… 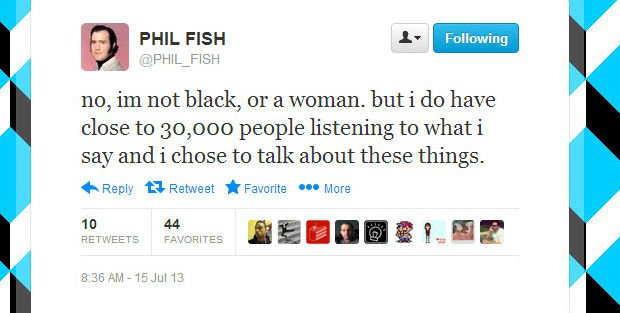 …there are people noticing that other people may feel ostracized.