I was reading the latest issue of Edge magazine which had an article about Hollywood’s recent preoccupation with turning videogames into films. It talked about the reasons that movie makers have for picking games as their new cash cow, and lightly touched on the number of creative and commercial flops that have occurred as a result.

What the article did not do is discuss why, exactly, these game-based movies are so bad. It’s a question that has been asked by ourselves before, but one that Hollywood doesn’t seem keen on thinking about as it spews out yet another licensed film into the slavering maws of cynical critics and despondent  gamers alike.

So why then, are videogame movies so bad? Are they simply the product of sub-par creators, or is there something deeper that we’re missing? Can game movies ever please both mainstream audiences and the hardcore fans at once? Hit the jump as we dissect exactly why videogame movies fail so much.

The next two years are going to see a shocking amount of videogame movies appearing on the big screen (or straight to DVD in some cases). More than ever before, Hollywood is attempting to recreate the success of comic book adaptations such as Spiderman and Batman with gaming. Edge listed the full set of upcoming films that are due for release between now and the end of 2010. The amount is staggering, and the movies are as follows:

For an average hardcore gamer who often greets the announcement of a new game movie with groans and the slapping of foreheads, this is a huge list of fail. While one can’t predict the future, a betting man would be wise to place money on the vast majority of the above listed films being little more than throwaway disappointments. 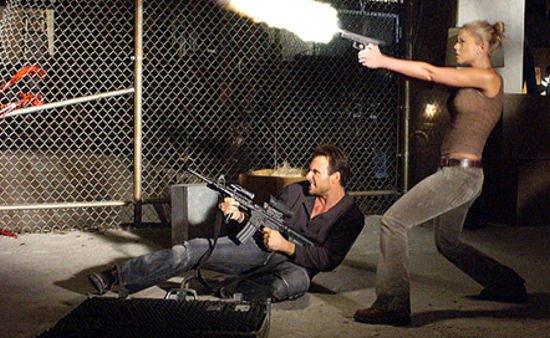 As videogames evolve in terms of writing, character development and artistic merit, it is unsurprising that film directors view them as a rich goldmine of free creativity, as well as a chance to latch onto a known name for monetary purposes. That said, directors completely miss the true meaning of the artistic evolution of gaming — that they render movies obsolete. This is the first grave mistake that videogame movies now make. Back in the day, it was somewhat easy to make up a brainless kung fu film, throw Scorpion in it and call the thing Mortal Kombat. These days however, as videogames match or even surpass movies with their narrative, it becomes increasingly more difficult to justify a movie adaptation.

What’s the point in making a Metal Gear Solid movie? MGS games are, in and of themselves, movie-like experiences in their own right. Obvious jokes about lengthy cutscenes aside, there’s a reason why Hideo Kojima is often referred to as the Steven Spielberg of videogames — it’s that his epic titles boast the rich narrative, classy cinematography and quality acting that you could find in any film. Some games even tie their narrative to the gameplay — for example, Prince of Persia: The Sands of Time had a wonderful way of weaving dialogs and monologues into the game as it was being played, something that will be totally lost in the movie.

Videogames are indeed a source of creativity, but in their own right, and they need no other medium to tap their potential. Films are not only unjustified in some instances, but completely unnecessary. 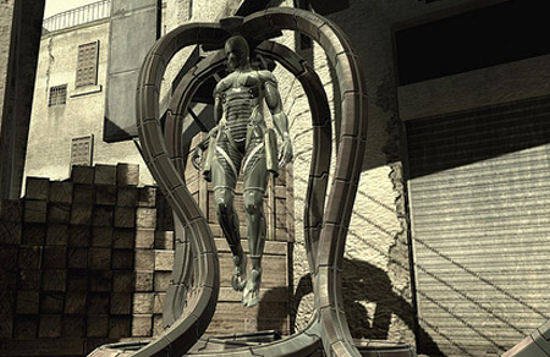 Turning that idea on its head, a game that doesn’t contain any interesting storytelling such as Gears of War is popular because of gameplay. Barely anyone cares about the less-than-stellar tale of Marcus Fenix’s war against The Locust more than they care about chainsawing someone in half over Xbox Live. Stripping away a game like Gears to just its story does not capture the appeal that movie directors are attempting to bottle.

This brings us neatly to the point of interactivity, and one of the biggest reasons why videogame movies simply don’t work. When you adapt a book into a film, you are adding something — a visual element and aural element. When you adapt a play, you are adding big budget production values and camera work. With videogames, which have become a new breed of cinema in their own right, what exactly do you add? In truth, unlike books and plays, you actually take away the most important element — the interactivity.

Unlike movies that add new things to books and plays, a videogame movie can do nothing but strip away a vital part of the gaming experience. The importance of this cannot be emphasized enough. In the Silent Hill movie, for instance, I can’t deny that I got goosebumps as Pyramid Head made his celluloid debut (illogical appearance aside). What I sadly can’t say he inspired though, is fear. Sure, I got a brief fanboy kick from his cameo, but where was the chilling sense of outright dread that I got from his appearances throughout Silent Hill 2? The simple fact of the matter is that this Pyramid Head, unlike the one I first met years ago, was not coming for me. In times past, it was I who Pyramid Head was stalking, chasing me down dark, winding alleys and pushing me off the roof of Brookhaven Hospital. The Pyramid Head of Hollywood, however, was not scary. He was not MY nemesis, as he had always been in the past. He was chasing someone else, someone I didn’t care about. He was no longer scary.

Another interesting point is the fact that videogame movies tend to be live action. This is interesting because as games have improved in terms of storytelling, so too have they developed in terms of acting. Returning to Metal Gear Solid, after years of recognizing the incomporable David Hayter as Solid Snake, we are expected to buy the proposal of Christian Bale as his replacement. How would you feel if a new Star Wars movie was released but Han Solo was played by Christian Slater instead of Harrison Ford? I am willing to bet that you would not accept it. Why? Because Harrison Ford IS Han Solo. In the same way that Ford IS Solo, Hayter IS Snake. 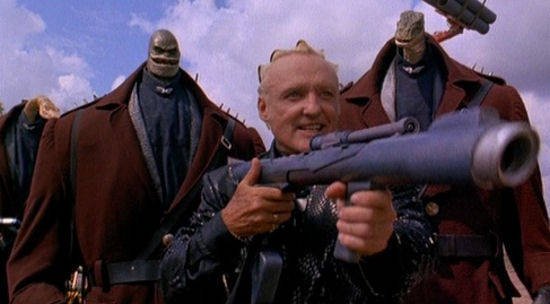 In a live action movie, it’s impossible to get this right. For example, should a BioShock film ever truly be made, who plays Andrew Ryan? Armin Shimerman provided Ryan’s voice absolutely perfectly and the infamous “sweat of his brow” speech from any other mouth would be wrong. However, Shimerman also looks nothing like the character he portrayed. It simply does not work for anything other than two dimensional characters who are not memorable for their voices, or who have different voice actors in every game they appear in.

The truth is, videogames neither need nor should be adapted into movies. Doing so somehow implies that games aren’t capable of telling good stories on their own, and that’s false. Will videogame movies ever work? There have been some successes — the Tomb Raider films have done well, and there are always certain movies that become good through how laughably terrible they are — but the potential for success, in my mind, is limited at best.

One thing videogame movies certainly won’t do is please everyone, especially the gamer crowd. Videogame movies don’t appeal to gamers because the artistic license taken with them often means the original game is altered so much it might as well be about something else. In fact, so many movies based on games are little more than original ideas with a brand name slapped on that they might as well have been unlicensed IPs from the beginning.

But of course, where’s the money in being original with movies?