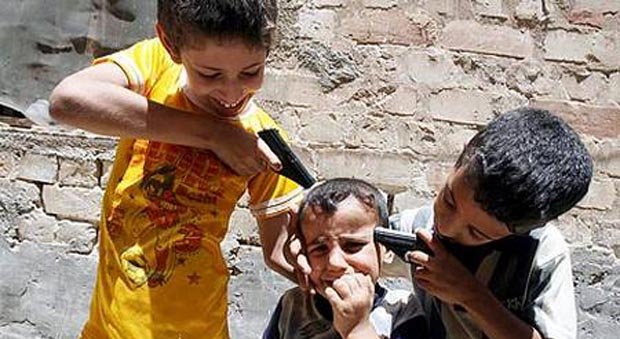 I was at GameStop the other day, and there was a family in front of me in line — a man, a woman, a baby, and what looked like a six-year-old girl. The little girl was wearing a bright green dress and seemed happy about everything. As the family got to the front of the line, the little girl noticed the store’s DSi XL display unit, which was running the DS version of Call of Duty: Black Ops.

This isn’t the first time this month I’ve seen a little kid proclaim their love for Call of Duty. Last week, I was shopping at Best Buy with a friend and his two nephews, ages six and eight. As we were looking at videogames, the kids were overjoyed to tell me all about how much they knew about Pokemon, Bakugan, and Kirby’s Epic Yarn, but it wasn’t until we saw the store’s Call of Duty: Black Ops display that they really flipped out. “I love that game! I LOVE IT SO MUCH,” said the eight-year-old. I asked him what he liked about it. “The killing…” he said, in a sing-song, matter-of-fact tone. 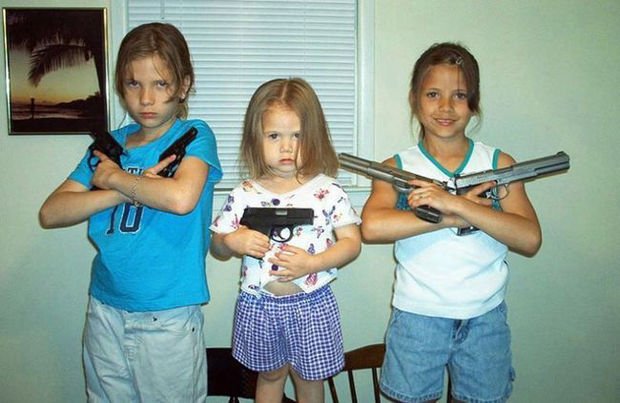 From there, I asked all my parent friends if their children were into Call of Duty. With the exception of the few who have a total ban on videogames and television, they were unanimous. Their kids thought Call of Duty was cool, regardless of whether they’ve played it or not. Even the kids that weren’t into the series reported that everyone knows that Call of Duty is either “cool” or “super cool.” Not quite as cool as Harry Potter or Justin Bieber, but still pretty cool.

So why is it that kids love — or at least respect — Call of Duty? How is it that they’ve even played these games? Aren’t they rated M for mature?

Here are a few theories.

Ever since the ESRB came into effect, I’ve noticed an inverse relationship between a game’s rating and a game’s target audience. Everyone I know who’s over 40 only plays games that are rated E (assuming they play videogames at all), those under 40 are willing to play games that are either E, T, or M, and those under 20 tend to be particularly attracted to M-rated games. This seems to be particularly true of kids under ten. It’s the same old paradigm — kids want to be grown ups, and grown ups want to be kids again. That’s pretty much common knowledge when it comes to lightweight sociology.

Even still, it’s surprising to me how much younger kids are attracted specifically to videogames that are supposedly made for adults, while they are content with “age appropriate” books and music. These kids have no interest in The Girl with the Dragon Tattoo or the music of Tom Waits. They’re totally content with kid-friendly fair, like the previously mentioned Harry Potter and Justin Bieber.

So what do Bieber, Call of Duty, and Harry Potter all have in common?

Today’s kids have grown up under the shadow of 9/11 and the wars that followed. All they’ve ever known is a world in which some strange men from a strange country may end up killing innocent Americans. Wrapping your head around the religious, political, geo-financial, and cultural dynamics of the War on Terror is hard enough for adults, let alone kids.

The Call of Duty series takes war and terrorism and turns it into a game. You’ve got a gun, and you and your team have to shoot the bad guys. That’s really all there is to it, at least on the surface. While Activision definitely makes a token effort to present the series as more complex than that, it’s arguable that the majority of Call of Duty fans couldn’t care less about the series’ narrative. You don’t need to pay attention to the story to know what to do in a Call of Duty game. All you need to know is that you’re one of the good guys, the other guys are bad, and that the path to awesomeness is paved with the dead bodies of your enemies.

If I were a little kid today, terrified and confused by the concepts of war and terrorism, I’d be all about Call of Duty. On one hand, the games makes the player feel empowered and turns war into a just another game, where death is no big deal and killing is fun. That’s a much easier pill to swallow than the reality of modern warfare and the death that accompanies it.

It looks so real

One of the biggest selling points for the Call of Duty series is its graphics. The explosions, the backgrounds, and the characters look more real than most games. Personally, it’s been a long time since I’ve been impressed with a game for just its realistic graphics. Sure, if a game uses a realistic look to show us something interesting or imaginative, I wouldn’t be opposed to it, but realism for realism’s sake does nothing for me.

It’s like a magic trick — when you’re kid, seeing a guy pull a quarter out of your ear can transport your brain to a truly amazing place. Part of you knows it must be sleight of hand, but another part of you believes that maybe the impossible is reality. When those two parts of the brain meet, magic happens.

That magic is ruined once you’ve looked behind the curtain. When you know how a trick is done, your childlike sense of wonder gets turned off, and your cynical “adult” brain turns on. The same goes for graphics. When all you think of when you see a “realistic”-looking game is photographs of real objects applied as texture maps, motion capture actors, particle effects, a millions of dollars worth of rendering software, the magic is gone.

For most kids, none of that applies. Suspension of disbelief is a much easier feat to achieve for a young mind. When they see a realistic-looking game, they don’t think about how it was made, or how much it cost to produce. They just think about how awesome it looks, and how fun it is to be in the game’s world. The Call of Duty series feels more real to a kid than it ever will for me, and in that way, I envy the children.

There isn’t too much to say about this one. Call of Duty multiplayer is highly competitive; just as a kid is more likely to get deeply invested emotionally in a game of dodgeball or Pokemon cards, they’re also more likely to get invested in competing in an online shooter. Adults are usually too caught up in real-life pursuits like making money, finding love, and keeping from getting too fat or otherwise shortening their lifespan. Kids don’t have to worry about that stuff, so by comparison, games like Call of Duty and others feels like a much bigger deal to them. In their world, ranking yourself and your peers based on stuff like your skill and dedication to gaming makes perfect sense.

This really hit home for me when I overheard my video producer Andy talking to his twelve-year-old nephew about Call of Duty: Black Ops. Growing up, Andy was his nephew’s idol. Apparently, things have changed now that Call of Duty: Black Ops has entered their lives. The nephew wanted to know how many times Andy had “prestiged” in the game. Andy said, “Once, then I quit playing because I’d seen everything the game had to show me.”

“Only one prestige? I thought you were cool…” he said, his voice descending into a pit of genuine disappointment. “I’ve prestiged four times, and I’m still not as cool at my friend Lawrence. He’s prestiged six times, and he’s just eleven-years-old.” Andy tried to defend himself with the old “Sorry dude, I was busy making money and going on dates with beautiful women,” response, which apparently didn’t do much for his rep.

“I don’t even want to know what your highest kill streak is,” his nephew muttered. “If it’s below 20, I’m going to be so disappointed.”

If you walk into a room full of adults and ask them if they want to run around outside and play with some squirt guns, chances are they’ll either laugh in your face, or awkwardly look away, hoping that you’re just making a weird joke. Do the same thing with a group of eight- to twelve-year-olds, and they’ll immediately start dividing themselves into teams, Super Soakers in hand.

Call of Duty is just the videogame adaptation of squirt guns. It makes sense that kids would be drawn to it more so than many adults. The simplicity and sense of empowerment that come from taking a gun and shooting at something or someone knows no age restrictions. However, it does demand a child-like sensibility to take such pursuits seriously enough to prioritize them over other activities. That’s why I’m guessing kids love Call of Duty so much.

Now it’s just time to wait and see how long it takes for teenagers to catch on to the fact that eight-year-olds love Call of Duty before they start hating it. I wonder what they’ll start playing instead? Probably something with guns and boobs. There’s nothing like boobs to keep the kids away. 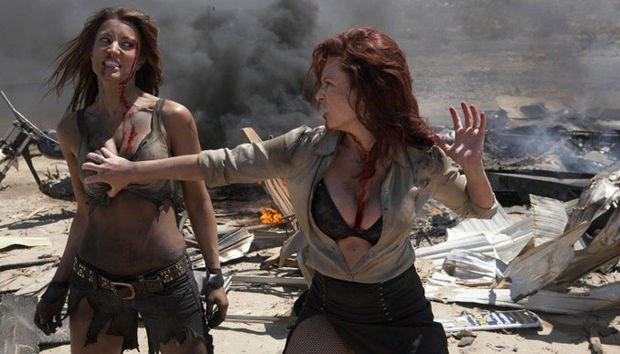