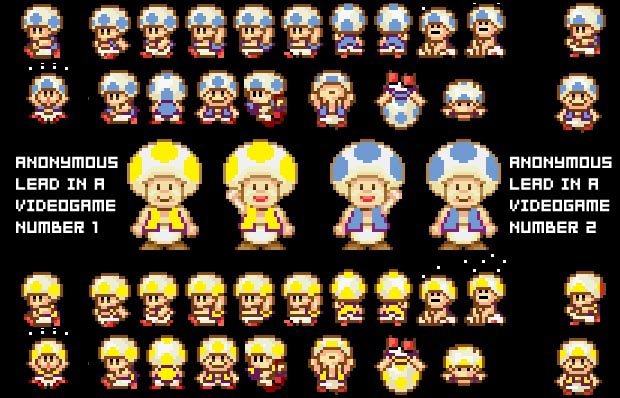 New Super Mario Bros. Wii is on the fast track to becoming one of the best-selling games of all time. Less than three months after release, the game has already moved more than nine million copies worldwide, and shows little sign of slowing down.

Among other things, that means that the game’s two new characters, “Blue Toad” and “Yellow Toad,” are quickly becoming two of the series’ most well-known characters. But these two still don’t have any officially sanctioned names. All we have are the nicknames that the guys who made the game used for the characters. Why would Nintendo do such a thing?

The developers are known for behavior that doesn’t make any rational sense, but there is usually a method to their madness. Here are a few theories as to why Bucken-Berry and Ala-Gold have become two of gaming’s most well-known, anonymous weirdos. 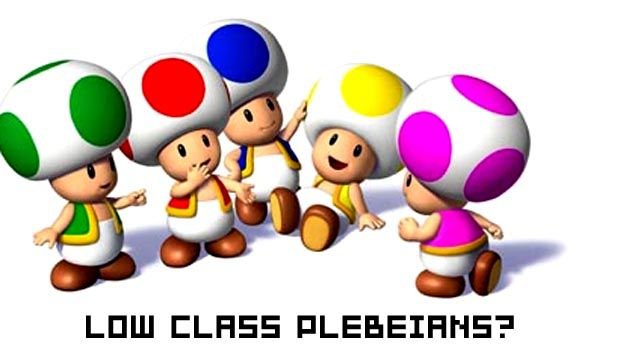 Okay, maybe that’s a little strong, but there is definitely something up with the fact that Toad and Toadette (the characters) have the exact same name as Toad (the race). It’s like naming the two black characters in a movie “Mr. Black and his wife Choco,” or how King Arthur in Monty Python and the Holy Grail calls that 37-year-old man “Old Woman.” It’s quite like royalty to treat their subjects as if they’re all interchangeable: faceless workers whose only identity is “not royalty.” I mean, even the Donkey Kong gang, a bunch of talking apes, have their own names. Toad, Toadette, and almost all the other Toads don’t even get that. They are less than monkeys.

King Koopa is no better. Other than a few exceptions like Kamek and the Koopalings, his “people” are known by their race and their color only: Red Koopa, Green Koopa Paratroopa, etc. I guess it’s only fair that Yellow Toad and Blue Toad share the same nameless fate.

Nintendo is famous for making games that are easy to pick up and play. One of the ways they succeed at that is by limiting the amount of information the player is asked to take in before they start playing. For instance, when Mario first showed up in Donkey Kong, he wasn’t called Mario. He was just called “Jumpman.” That was all you needed to know about him: he jumps, and he’s a man. New Super Mario Bros. Wii has a similarly minimal approach to storytelling. No names, no introductions; just a kidnapped woman and a rescue party.

For a game made for gamers and non-gamers alike, it makes sense. I don’t know how many times I’ve introduced a game to a non-gamer, only to have them lose interest because there is “too much talking.” I’m not talking Metal Gear Solid of Final Fantasy VIII, I mean games like Zack & Wiki and Ghostbusters. Non-gamers don’t want information. They want to play right away. They don’t want to have to think.

Telling us who these new Toads are would take up valuable seconds, and might cause some of us to think. That could potentially detract from the player’s ability to slip into the experience of New Super Mario Bros. Wii, or at least, maybe that’s what Nintendo’s thinking. The fact that I’m writing this post shows that leaving the new Toads unnamed has made at least two people on the planet (me and you) think a whole lot. If that was Nintendo’s aim, then I guess they failed. 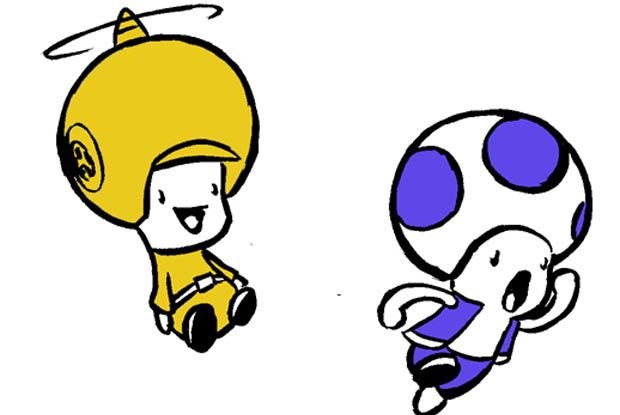 Nameless characters are easier to relate to

Maybe it’s not that Nintendo thought that naming the Toads would make the game worse. Maybe they thought that leaving them unnamed would be better. Playing as a completely anonymous character is a rare event in gaming today, though it used to be commonplace. I still don’t know the name of the disembodied eyeballs that star in the Atari 2600 game Haunted House, or the name of the guy in Berzerk, and yet I’m still talking about them. Would I still remember then if they were named something stupid like “Mr. Pupils” and “Magnus Robot Fighter”?

Yeah, probably, but I definitely wouldn’t remember them as fondly. Leaving those characters nameless probably made me like them more. Just as the silent protagonist allows players to speak for them, a nameless protagonist can be anybody. I’ve already met quite a few women who are convinced that “Yellow Toad” is a woman too, and that’s why it’s the only character they’re willing to play as. That might not have happened if Nintendo had given he/she/it a name.

Out of all the theories here, this is the stupidest one, but also the most likely. The minds at the highest level of Nintendo are extremely focused on the fundamentals of game design and creating accessible experiences. They aren’t focused on crafting a world populated with deep and complicated characters. Nintendo has made it clear that there is no firm timeline for the Zelda games, despite the fact that fans desperately want one. Miyamoto has also said that story isn’t important in Mario games. It’s not too much of a leap to think that they just didn’t think that we’d care that the two co-stars of one of their biggest games ever don’t have names, because they didn’t care.

Then again, they do have names, they just aren’t official. That leads me to my last idea… 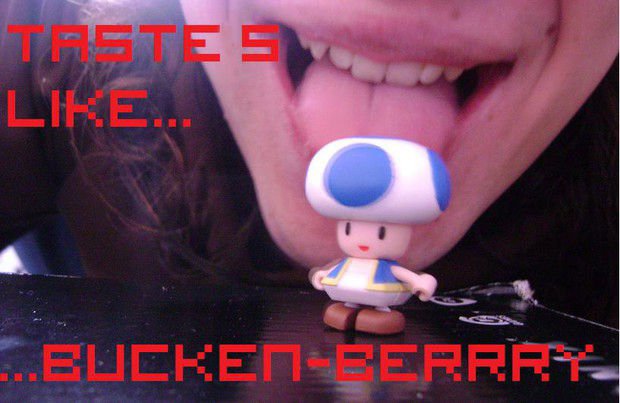 I’ve heard some theories about this, but not being a native speaker of Japanese, I can’t be sure. Phonetically, Bucken-Berry is “Ba-Kun-Beh-Lee” and Ala-Gold is “Ah-Ra-Goh-Du.” “Baka” means “jerk” and “Kun” is a suffix that means “little guy,” sort of like using “Y” at the end of “Johnny.” So, maybe “Ba-Kun” means “jerky”? That wouldn’t be such a good thing by Nintendo standards. I’m not even going to venture into what the other names might mean, as I have the feeling that I’m butchering this translation process as it is.

I guess I’m just hoping that Nintendo has a good reason for not running with the Bucken-Berry and Ala-Gold thing. More so, I’m hoping the names are formally used in future games. The names have really grown on me, and there is just something off-putting about the fact that Nintendo hasn’t embraced them.

These two little bastards have warmed the hearts of whole new generation of Mario fans. The least Nintendo can do is give them names.

[UPDATE: I just caught wind of this 2010 New Year’s card that Miyamoto drew. I can’t read the Japanese here, but it is notable that the card features Mario, Luigi, Bucken-Berry, and “regular” Toad. Did Miyamoto mix up “regular” Toad with Ala-Gold, further promoting the idea that he just doesn’t care about these new characters, or is there something else going on here? MYSTERIOUS!] 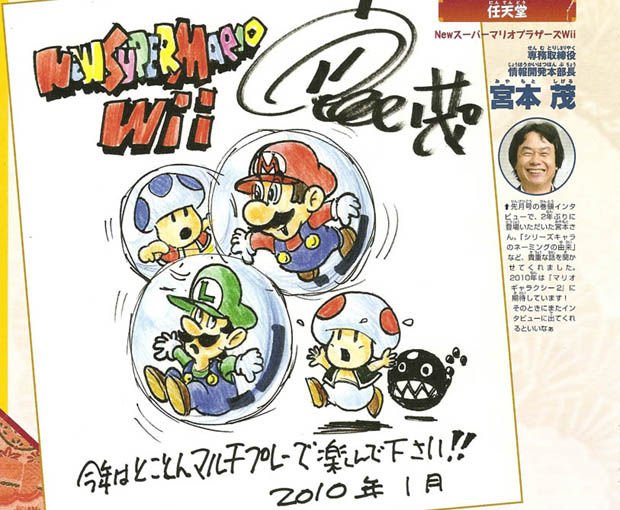