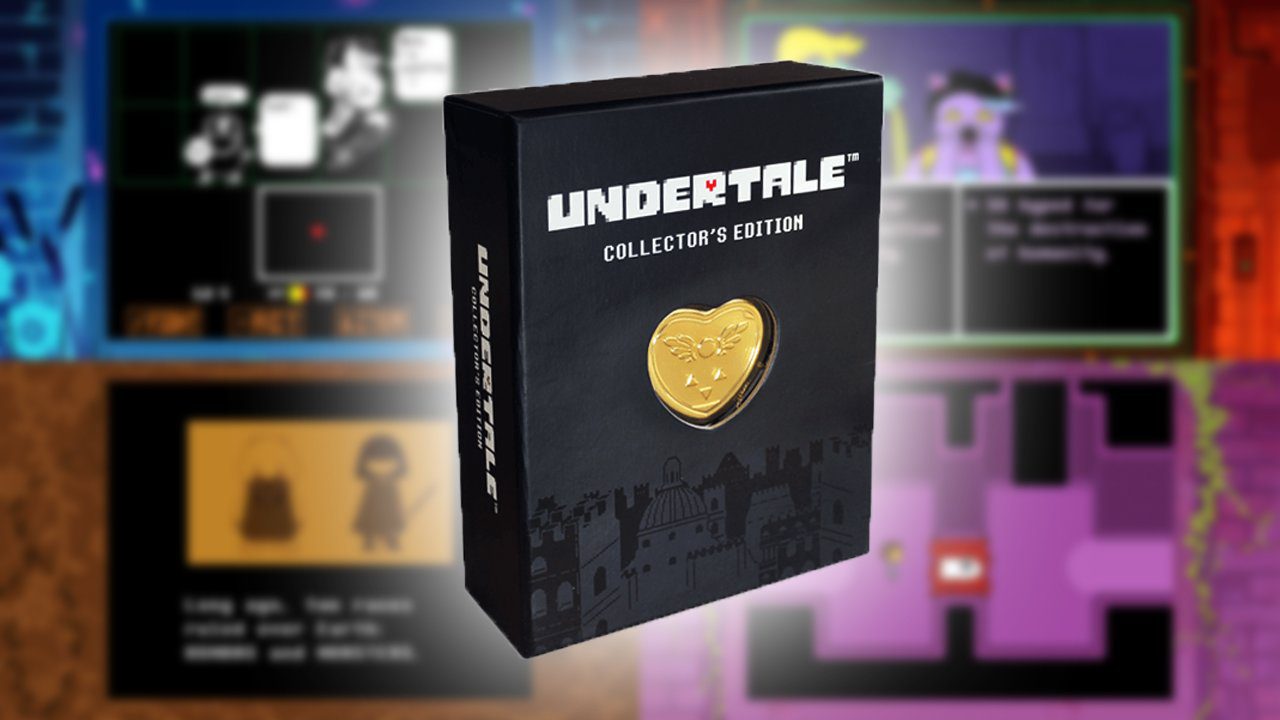 Oh, now I get why people went nuts over this thing

Have you ever been too intimidated to play a video game? I think I’m mature enough to say that I have been on multiple occasions. Usually, it’s with a survival horror title. I’m a sucker for the stories of those games, but a massive coward when it comes to the actual scares. To give you an idea of how easily I frighten, I barely made it through Gone Home. I’m sure there are many great games and narratives I’ve missed over the years because the expectation of jump scares and pure dread intimidated me too much to actually give it a go.

Undertale was another title that intimidated me. Not because of its content, of course. I’ve known since before it released it was an RPG inspired by the likes of Earthbound and Moon: Remix RPG Adventure, which are both right up my alley. But every time I approached the possibility of popping the game into my Switch, I’d have people giving me a reason not to. Namely, the fanbase.

We are long past the point when Undertale was at the center of the gaming zeitgeist, but at the height of its popularity, some fans on the internet took their obsession with it way too far. A cursory Google search of “Undertale fans toxic” will bring up a wide variety of articles and videos on the problem. I was warned that I shouldn’t talk about the game on Twitter if I wasn’t doing a pacifist run, lest I invoke the wrath of strangers with an internet connection and way too much time on their hands.

In hindsight, I should have realized nobody gives a shit about my Twitter account and just done it anyway. But at the time, that was enough for me to never open my Switch copy. It’s sat on my shelf ever since, accumulating dust and hopefully, a respectable resell value on eBay. As the years passed and the frenzy over the game subsided, the itch to play it stayed with me. Seeing Sans appear in Smash Bros. only added to that desire, but it was after I went through Moon last year that I realized I’d waited long enough. I made a pact with myself to play the game within the year, and when it was added to Xbox Game Pass back in March, I knew the time had come. 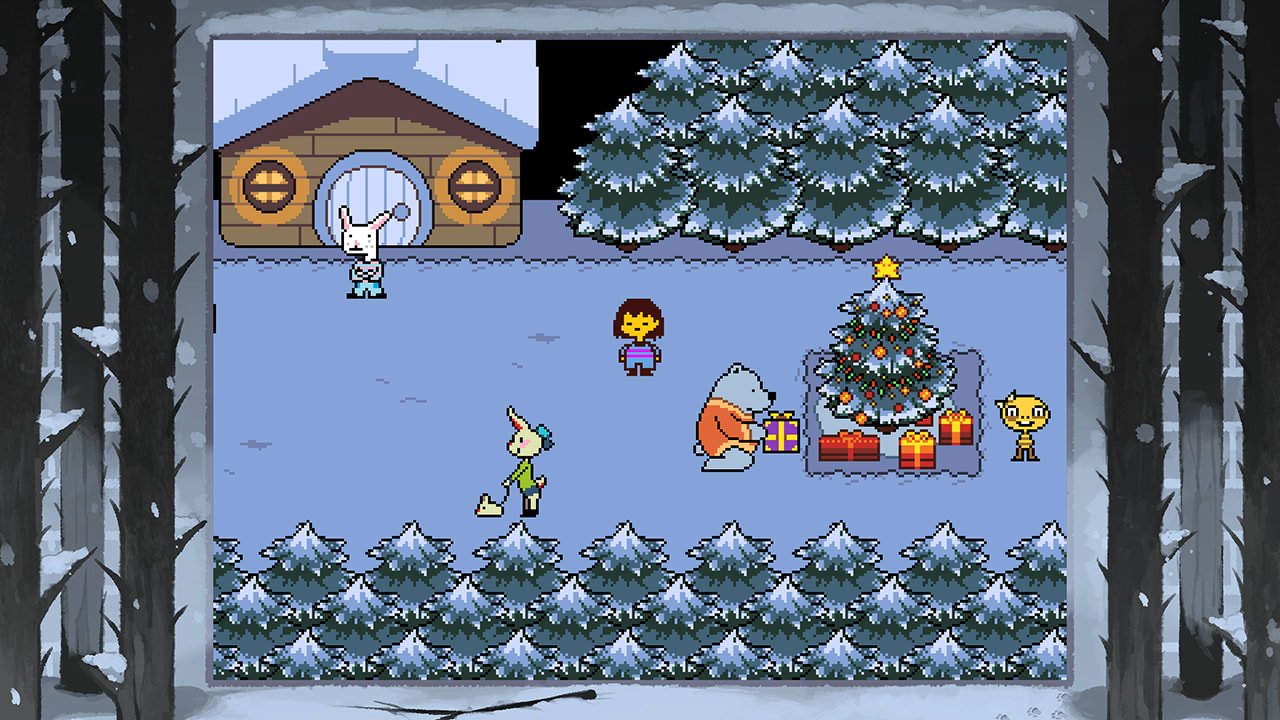 If you don’t know what Undertale is about, honestly, stop reading this and just play it. It’s only about seven hours long, and like with Twin Peaks, it’s best to go in with as little knowledge as possible. If you read my lede and are worried you might play the game wrong, don’t be. For starters, you can always delete your save file if you mess up. But more important than that, you can easily get the best ending possible if you just follow directions.

RPGs have a long history of making players jump through flaming hoops if they want to see the best endings to their stories, so the lack of some substantial requirements here was something of a surprise. But the further I ventured through the Underground, the more I realized it wouldn’t make sense to gatekeep such a conclusion behind absurd tasks. Because Undertale is fundamentally about one thing: listening. You listen to monsters when they’re your enemies and you listen to them when they’re your friends.

Taking their words to heart will help you solve their issues and ultimately guide you toward the preferred conclusion to this tale. Hiding the best ending behind some ridiculous collect-a-thon wouldn’t make much sense for a game that rewards players for having a sympathetic ear.

I will say, had I played this before Moon, the idea of treating monsters like they’re not your enemy might have had a bigger impact on me. It’s still something of a revolutionary idea in an industry that’s always thinking of bigger and bloodier ways to dispose of your opponents, but it wasn’t as fresh as it might have been. However, the experience still impacted me due to the themes sewn throughout the game. Kindness, determination, and non-violence are all prevalent, but it’s Undertale’s message of courage that perhaps resonates the most, and nowhere is that better illustrated than with Dr. Alphys.

All the principal characters you meet have to muster up some form of courage for you to reach that true ending, such as the courage to let go or the courage to admit defeat. For Dr. Alphys, the Underground’s neurotic royal scientist, it’s the courage to be herself, which, for many people, is a lot harder than it sounds. As somebody who has been massive twine-ball of self-doubt for all of his life, her story arc spoke to me as if Toby Fox had secretly monitored my life like I was the subject of The Truman Show. Sure, my past blunders don’t have the extensive consequences of hers, but they still eat at me like Joey Chestnut at Nathan’s Famous. 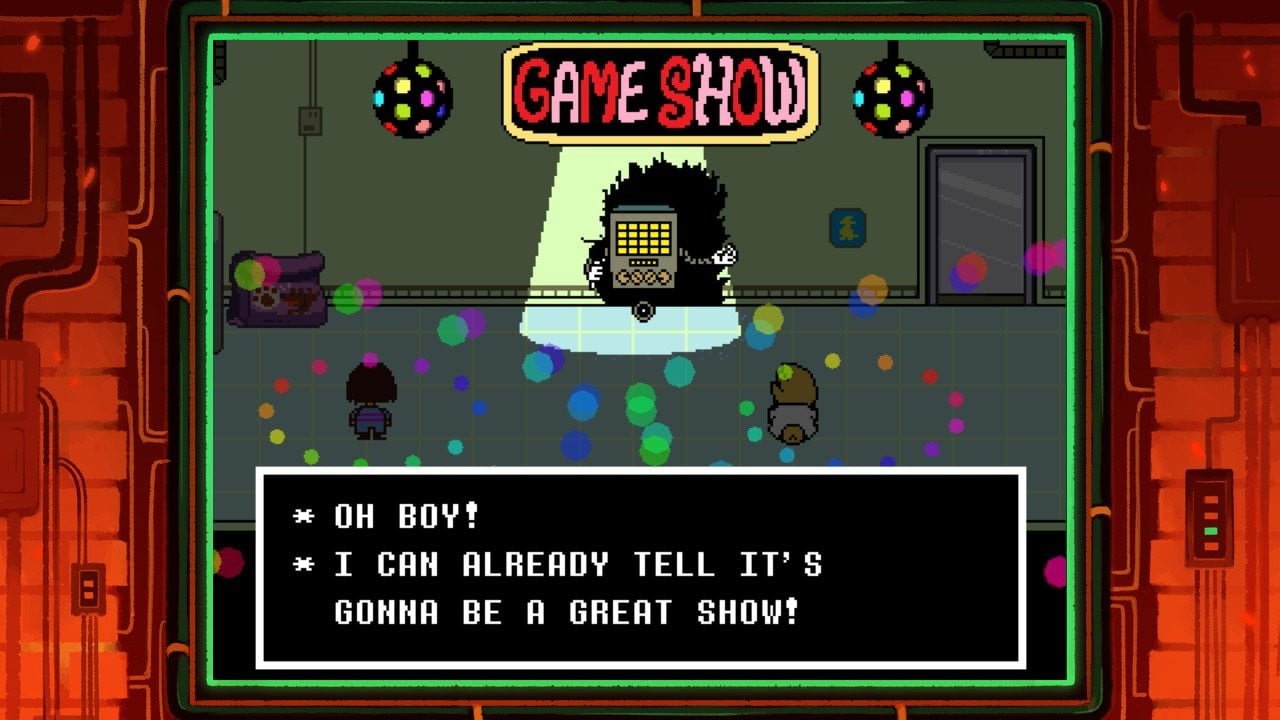 I think that’s one of the things Undertale does better than the games that inspired it. The denizens of Moon were mostly just kooky characters that made you laugh, but the monsters of the Underground are like celebrities in Us Weekly — they’re just like us. They may look different and eat questionable food, but when you take a step back, it’s easy to see these monsters are no different than the humans, and boy, is that a lesson a lot of people in this world could use right now.

Certainly, one of the most enjoyable aspects of playing through Undertale is the fact that it tries to make you a better person when you put the controller down. You don’t really get that a lot in this industry, so for one title to have so many morals is substantial. Play through and you’ll learn about the power of love, the importance of giving people a chance, and the fact that doing the right thing isn’t always the easiest. In fact, sometimes it can be downright difficult if my many deaths at the hand of Undyne are any indication.

While it may not be easy to do what’s right, it certainly is rewarding, and Undertale does a great job of showing players the positive consequences of their peacenik ways. As much as I appreciate the game for providing players with a visual cause and effect of their actions, I do think there is one instance where it can be too demanding of the player’s virtue.

Very early in your adventure, when most players are still getting their bearings, you come across a bake sale by spiders for spiders. You have the opportunity to purchase one of the two items, but chances are the first time you reach the bake sale, you won’t have enough money for either. That’s what happened on my first attempt at beating the game. Without enough money, I just moved on. I didn’t return when I had enough funds, and I certainly didn’t think to grind for cash in a game where you’re not really supposed to grind. Besides, it’s just an item shop. What’s the worst that could happen? 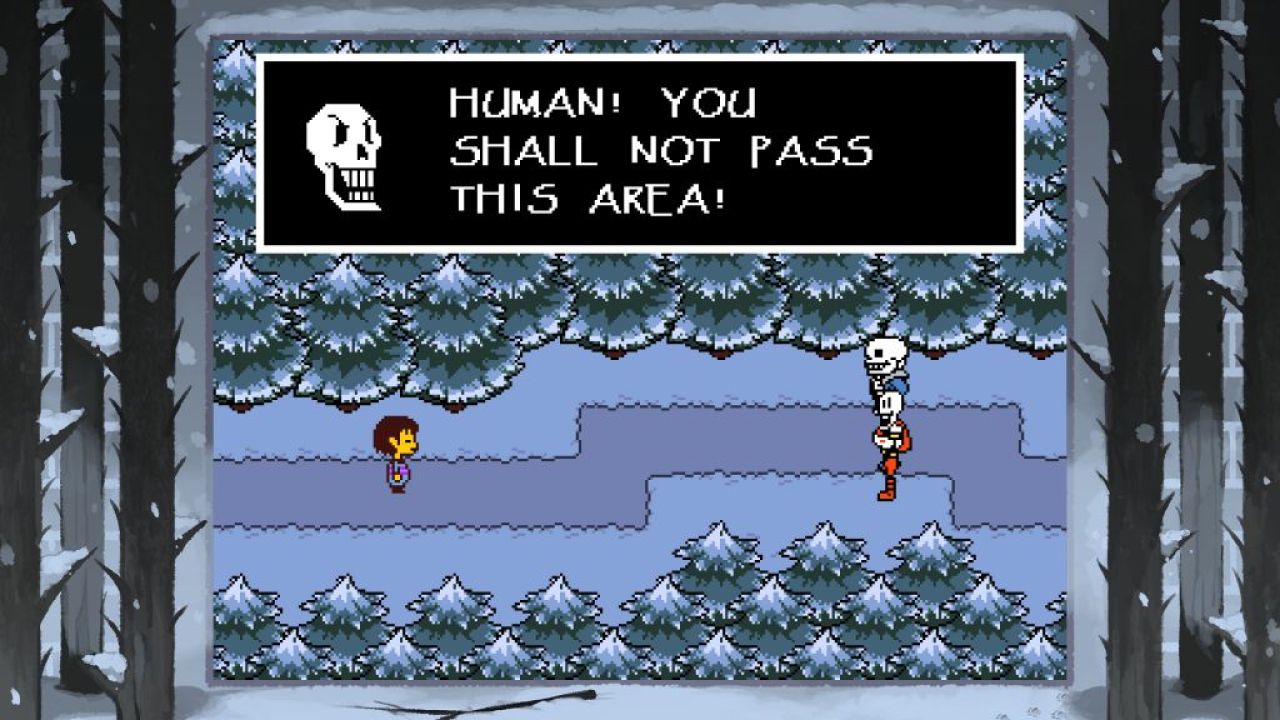 A few hours later, I got an answer to that question. Deep in the Hotland section of the Underground, you’ll encounter a second spider bake sale where both items are probably well beyond what you have in your wallet. A hop, skip, and a jump after that, you’ll walk into a spider lair, home of the arachnid Muffet. While she’s technically a miniboss, she is, without a doubt, the most difficult opponent I faced in Undertale.

I lost count of how many times I died trying to spare her in my first run through the game. You have to survive 17 increasingly difficult rounds with her without giving in to the temptation of bashing her head in with a burnt pan. Eventually, I had to give up, delete my save file, and start from scratch, this time making sure I bought something from that first bake sale. Because if you do that, you avoid this battle altogether.

It’s frustrating to know that you can do everything right in this game — help the monsters instead of killing them, go back and make friends with your would-be enemies — and still be subject to an excessively difficult battle all because you missed your opportunity to buy a spider pastry hours earlier in an area you can’t return to once you leave. I can totally understand why people get a neutral ending their first time through because I wanted to kill that damn spider after a dozen deaths. Ultimately, the point of the spider bake sale is to show players that every little thing you do matters, and you should always support the most vulnerable among us. But, surely, there is a better way to get that message across than subjecting us to that infuriating encounter.

Thankfully, once you get past Muffet, the pacifist run is smooth sailing. After making my way back to that point, it was only a couple of hours more before I reached the eyegasmic final battle and the True Pacifist Ending. And I gotta say, even with that restart, this game floored me. It started out good, and then it just got better and better until it was blowing my mind at every corner. Undertale is an immaculate game and easily one of the best adventures I’ve ever been on. It’s the type of experience that makes me want to create a game of my own even though I know that will never happen.

Now that I’ve seen it through to the end, I’m actually quite glad I waited to play this. Had I started it five years ago, it definitely would have had the same effect on me as it does today. It’s just that good. But had I played it then, I probably would have been sucked into the culture surrounding it. I would have been in forums and comment sections arguing with the more toxic members of the fanbase, and that would have led to me to resent the game. So I’m just glad I got to skip all that drama and enjoy Undertale for the masterpiece that it is. And having beat it, I can’t wait to play Deltarune…