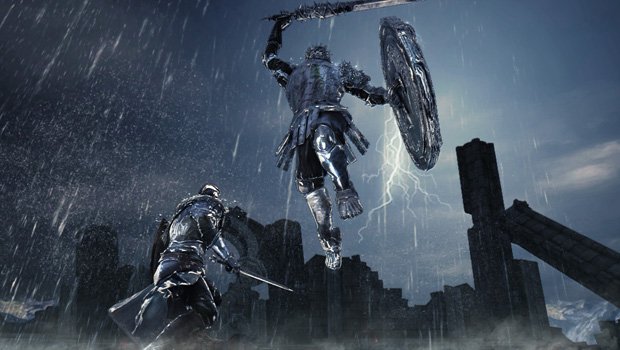 A calculated decision, and no word on who’s doing music

As Destructoid’s Music Editor, it’s hard to explain why I’m so in love with the soundtracks for both Demon’s Souls and Dark Souls. The games features no music outside of boss battles, each of which get their own musical accompaniment to highlight the features of that particular boss. I think it’s important to hold back when necessary, so it really shows restraint not to have music everywhere in the game.

Director Yui Tanimura shared with us his thoughts as to why the game doesn’t feature music outside of boss battles and hub areas:

“Because this game involves paying so much attention to your environment, to your surroundings, not just visually, but with sound, we felt that the implementation of music outside of the boss battles would get in the way of the actual strategizing throughout the game. I feel that being able to really immerse yourself and dive deep into the actual world as if you’re the character themselves, we thought the music would get in the way of that. But for the boss battles, the music obviously helps pump up the situation! So that’s basically the behind-the-scenes answer.”

I have to admit that I’ve often found myself imagining how various locations in Dark Souls would sound with music, but I have absolutely no complaints about the sound in these games.