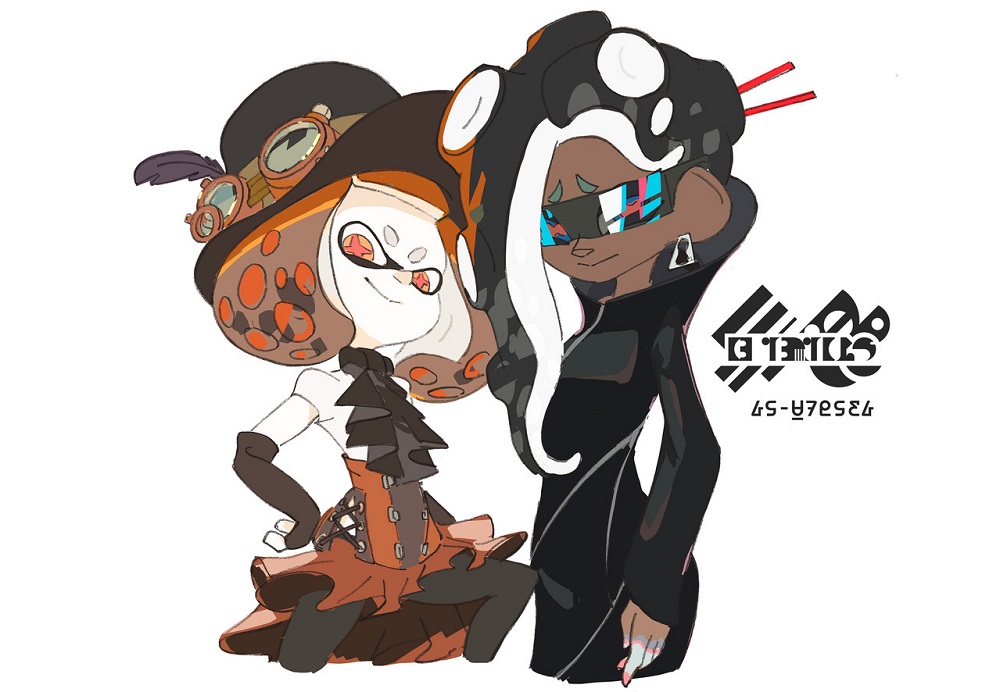 This weekend saw North America and Europe once again meet in the ink-stained arena of Nintendo’s online shooter Splatoon 2. The difference to be settled this time around was a matter of style, tech, tastes and fashion. When it comes to your aesthetic choices, do you prefer “Retro” or “Modern”?

In one of the cleanest sweeps in some time, Team Modern swept the stage 3-0. The public vote went a whopping 69% in favour of the digital age, before going on to bag both Solo and Team Play points. What’s more, this is a huge win for D.J. Octoling Marina, who gets the deftly-earned bragging rights this time around. Confronted with the clean loss, Pearl legitimately responded with three simple words: “I AM ERROR”.

As you may have read, the whole splatfest system will be receiving an overhaul with the upcoming launch of Splatoon 2 Version 4.0, which was announced during the recent Nintendo Direct. Hopefully the great gals of Off the Hook will return to do battle again over a range of new – and presumably interesting – topics of discussion.

Oh, and while we’re at it, Nintendo, can we please get amiibo of Pearl & Marina from the header image? 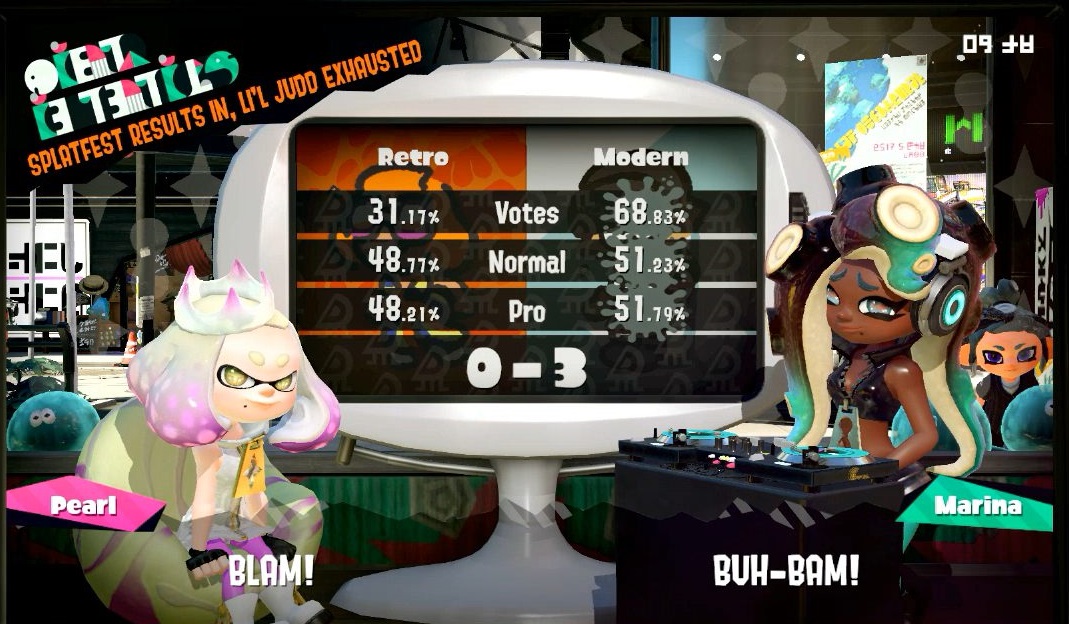