Two years ago, Mega Man 9 was met with excitement.  It was something old, made new again. It was risky. It was exciting. Most importantly, it was (mainstream) proof that a new game doesn’t have to have the shiniest graphics in order to be fantastic.

Now we’ve been offered more with Mega Man 10, but this time, things are different. Knee-deep in the retro revival, many of us have grown sick of 8-bit graphics and other old aesthetics. Every day, dozens of new games are released that look like they belong back in the ’80s, and many gamers reject them for it.

Some have reasonable requests of Capcom: many desire to see a nod back to 16-bit Mega Man, or to see the classic graphics revisualized into HD. Conversely, there are the people who just can’t stand 8-bit. They say it’s outdated. An easy way to make a quick buck. Retro exploitation. Eye-meltingly ugly. Even some of Dtoid’s editors have expressed distaste toward what we’ve seen of the game so far.

Along with this anti-pixel movement came a question: Why would anyone, big or small, want to make an 8-bit game today?

As someone who loves 8-bit, I wanted to find the answer and stop the hate.

From the “lowly” pixel came some of the most realistic high-definition, three-dimensional graphics known to man, some on parallel ground with modern films. If this were any other area of technology, the old would have been thrown out for the new ages ago. But regardless of how far we’ve come in making games look incredibly realistic and beautiful, the 8-bit style just won’t seem to die.

And you know what? That’s fine. It may be outdated technologically, but it still has a place in modern game making. 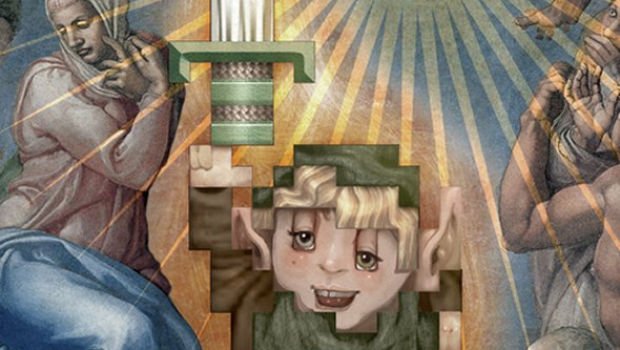 Think of pixels and color limitations as just another artistic medium. If 8-bit is acrylic paints and a canvas, 3D modeling is Photoshop. Just because the latter does what the former can do — and in many ways, do it better — doesn’t mean that people will stop using traditional tools to create their masterpieces. Like the medium an artist chooses to do his work in, the way a developer makes his game look is a personal choice.

Now, some have said that the modern use of 8-bit is all about nostalgia. This answer is not necessarily wrong, but overall, I don’t believe it’s ever a game maker’s first priority. There are too many other factors at work for it to be anywhere near that… for indies, at least. 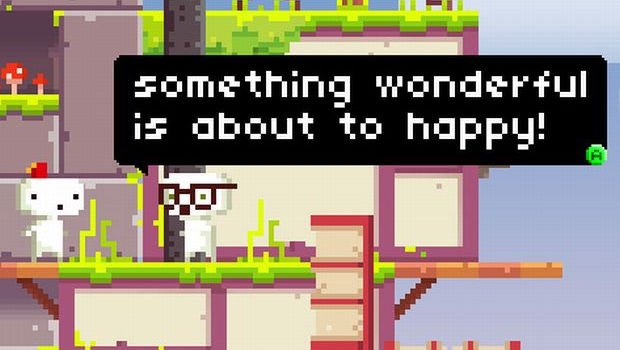 It’s obvious that retro graphics are a favorite of indie developers, but why? Alex Neuse of Gaijin Games (BIT.TRIP series) gave me a simple answer:

As far as independent game studios go, they typically don’t have as high budgets for their projects and in order to achieve hyper-realistic “AAA” quality aesthetics, you often need more time and a bigger team to really sell the art/animation/physicality of a world. I think that a lot of indies go for the retro look because it can be more accessible for smaller teams with smaller budgets.

I could have ended my search here. After all, it answers the question stated above. But there’s more to the choice than what is and isn’t an accessible resource, impactful though it may be. Otherwise, more indies would just hire one of the many talented 3D artists out there who work for free, wouldn’t they? 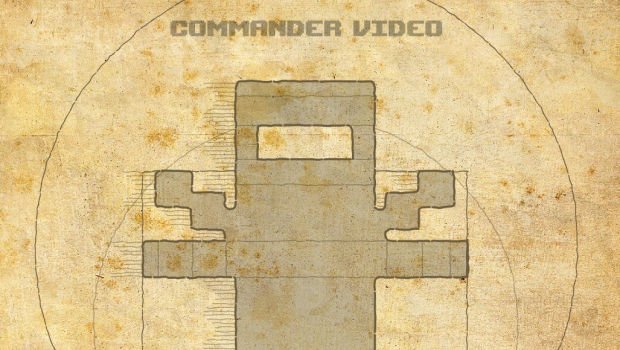 Our decision to go retro with the graphics was made to support the simple, and decidedly retro, gameplay. It was also chosen to support the story that ties the series together. As a creation story, taking CommanderVideo from nothing to something, as we’ve seen in the first 4 games, it seemed appropriate to use an aesthetic that was born with the video game industry back in the late 70s.

Now that I think about it, it’s obvious. No one makes an 8-bit game if they feel the visuals won’t fit the way that the game plays. The BIT.TRIP series is a great example. For another, just look at VVVVVV; it’s challenging, but very simple in that it takes one mechanic and stretches it to its limit. Its minimalistic style matches its content. Meanwhile, games like Lugaru and The Void have much more complex groups of ideas and mechanics at work, and — guess what — they’re in 3D. 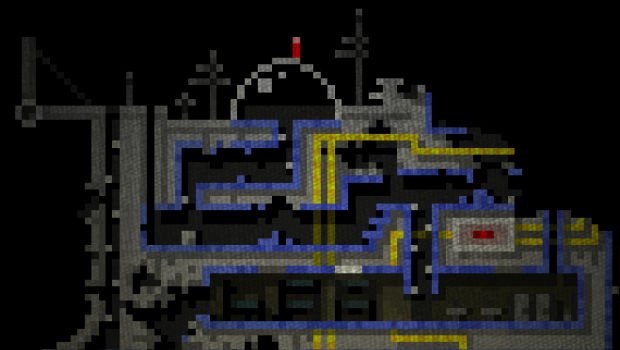 Likewise, I would argue that no one makes an 8-bit game if they personally hate the way it looks. Indie games are often dedicated to the foundations of modern game design, to games like Super Mario Bros. and Donkey Kong. Others just really adore that simplistic visual style. Exactly how one could see such a limited art style as something beautiful is a concept that is difficult for me to explain, but what I can do is point out its biggest strength: ambiguity.

With ultra-realistic and detailed 3D graphics, there is very little room for the mind to wander, and that’s fine!… sometimes. But imagination can be a powerful outside element when gaming. A very timely blog post at Tiny Cartridge (thanks to Jordan Starkweather for pointing me toward it!) illustrates this point perfectly with an old scan from a Nintendo Fan Club newsletter: 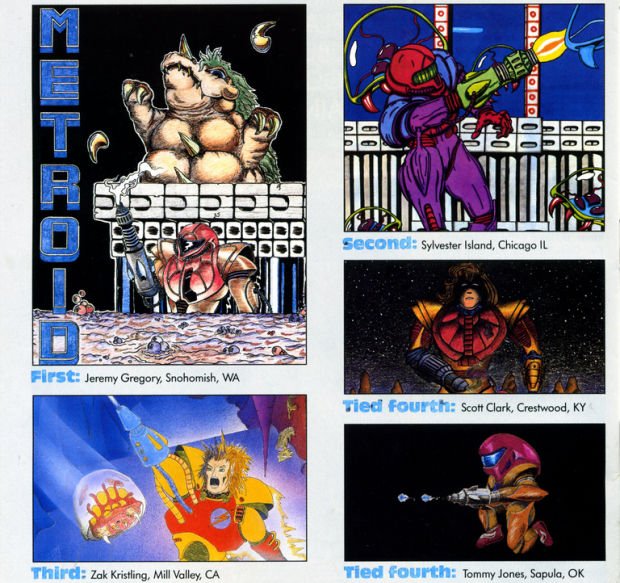 These kids saw the exact same sprite when they played Metroid, yet they each had a different idea of what Samus was supposed to look like. Isn’t that an awesome thing?

Simple sprite work ignites the imagination, which encourages projection and promotes personal investment. All of the games I feel I have a deeper connection to (outside of Shadow of the Colossus, which was ambiguous in other ways) were made before the dawn of the 64-bit era. It can’t just be me. 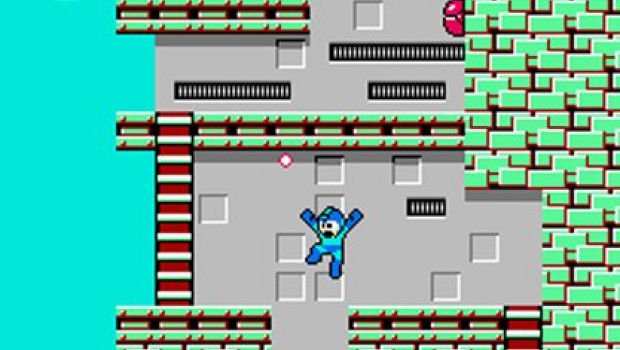 Now that we’ve looked at the merits of 8-bit and some of the reasons why it’s a favorite style of indies, let’s go back to what started all this: the retro revival of Mega Man. I’m only guessing, but I’m pretty sure that a big game company like Capcom has different priorities in mind when they make games. MM9 and 10 are 8-bit largely because fans wanted more games like MM2. But even in this case, there’s more behind the choice than pandering to nostalgic feelings.

When 1UP asked about the game’s return to the series’ retro roots in a pre-MM9 interview, producer Hironobu Takeshita had this to say:

We decided that if we want to do this thing right, we should do it in the classic style. That meant going back to the NES period and bringing back those 8-bit graphics, sound, everything.

Capcom feels that Mega Man is right when he is 8-bit. This isn’t so far off-base. When you think about him, how does he appear in your mind? He’s that familiar cluster of blue pixels, isn’t he? In this way, he goes against the norm. Normally, the graphics of older games are an abstraction of “official” art. But for classic Mega Man, it’s the other way around: he is 8-bit, and more detailed versions of him are really just different depictions of his true, low-res form.

This image, running through your head all day.

Puke at the limited color palette and turn your nose up at the pixels all you want. You certainly don’t have to love the art style as much as I do. But if nothing else, respect it. Know that it will always have a place in game development. And never, ever pass up a gaming experience just because you dislike the visuals. After all is said and done, they are just a means to an end; it’s the gameplay that matters most.

I will leave you with one more quote from Mr. Takeshita:

With each successive generation of home consoles, the graphics get better, the sound levels move up with surround sound and everything, and game makers try to create games that meet the specs of each console. I don’t always agree with that, because you can play a game like this that doesn’t have great graphics or the same superior sound and it’s still a fun game to play. I think by just trying to meet the specifications of the new hardware, you’re closing the door to creators like us. If we want to make a 16-bit game because we think it’s good and fun, we will. If we want to make an 8-bit game, that’s what we’ll do. As long as the door remains open for game creators, it enriches the gaming world. You should think of the 8-bit graphics not as 8-bit graphics per se, but as a different art style. And this is just one of many art styles we can use to create a game. 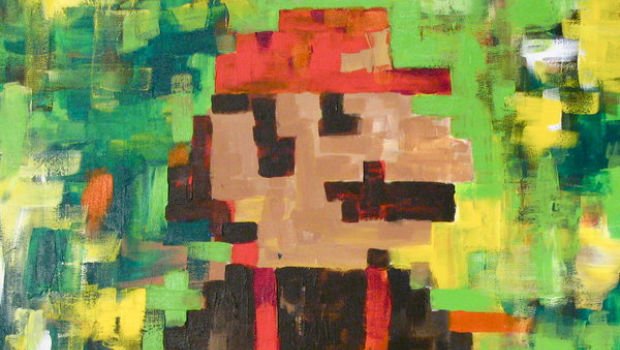 This is why we make 8-bit games today, and why we will make more of them well into the future.