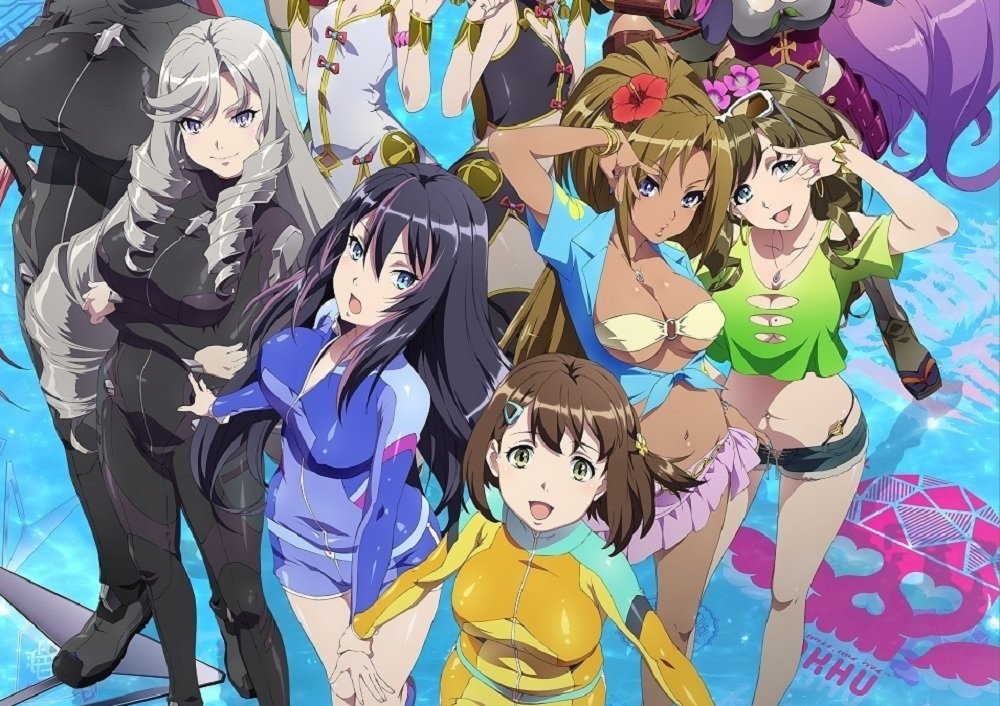 Marevlous! has released the opening movie to its up-and-coming waveracer Kandagawa Jet Girls, which hits the surf on PS4 in Japan next week. Much like the publisher’s Senran Kagura, Kandagawa Jet Girls is a “multimedia project” which encompasses video games, movies, and anime, and revolves around an all-women’s jet-ski tournament.

The prologue, which you can check out below, features the titular team – made up of students Rin Namiki and Misa Aoi – besieged by their rivals. This includes the classy and arrogant “Dress”, wild idols “Hell’s Kitchen” and the ninja-tastic “Unkai Surfers”. Bringing up the rear are beach babes “MKHU”, stoic samurai “Suiryukai”, and finally no-nonsense duo “Grindcore”.

Four parings from Senran Kagura will also be arriving as post-release DLC. Phew, that’s quite a roster.

In Kandagawa Jet Girls, players will have the opportunity to partake in a series of high-speed races, gunning their unique vehicles through tight turns and jumps, while their partner attempts to blast the opposition into the water with a variety of powerful (but harmless) weaponry. Players can switch control between the “Jetter” and “Shooter” to ensure their team is ahead of the pack and first over the finish line.

I think of the teams on show here, the Grindcore crew are more my style. That said, I love a quality Ojou laugh, so my betting money is on Dress taking it all. Obviously, the franchise has fanservice up the wazhoo, but I do really dig the charismatic teams and the wild colours on show here. There is currently no word on a western release for Kandagawa Jet Girls, but given most Senran Kagura titles eventually see these shores, fans should keep their hopes up.

Until that time, hang ten, or something.