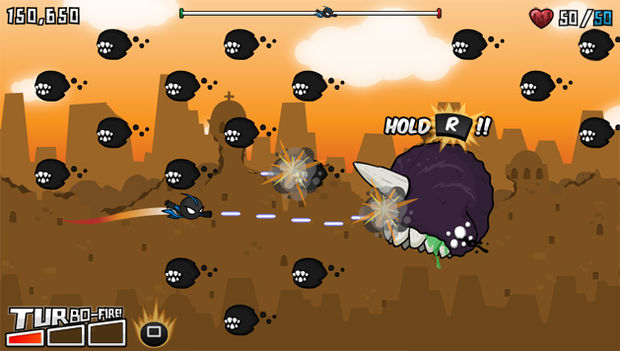 Monsters (Probably) Stole My Princess! developer Mediatonic has revealed its next PlayStation Mini title, Who’s That Flying?! today. (Get it? “WTF?!”)

The game is said to be a mix of side-scrolling shooter and tower defense, with players taking of the role of a creature known as the “Guardian of Earth.” You’ll use a hyper-powered laser arm to save the citizens of this fair planet across 15 levels. WTF?! will feature a story mode, along with “infinite mode” levels, and a challenge mode with 25 trials to overcome.

The game is already done, and is currently getting rated by the ESRB. Meditonic hopes WTF?! will be ready for an early September release.

Coming Soon to PSN: Who’s That Flying?! for PSP and PS3 [PlayStation Blog]