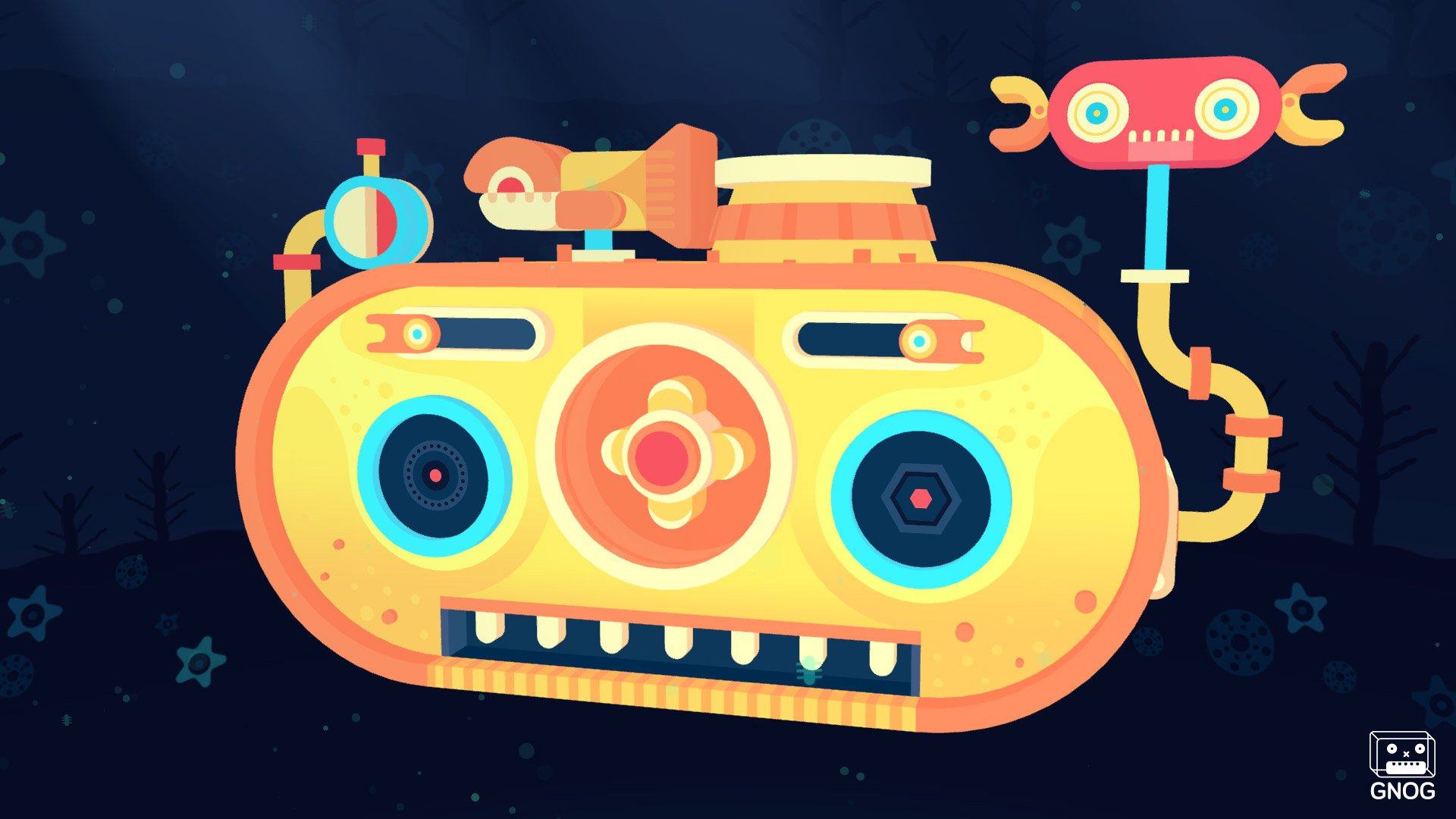 The deal lasts until August 15

GNOG, a puzzle game about tinkering with monster-headed toys, is free starting today on the Epic Games Store. As usual, the promo runs for one week, so you have until August 15, 2019.

Should you go out of your way to play GNOG? Yes. Absolutely. There’s a lot to love here.

Beyond the sleek visual design, which is just inherently pleasant to look at, GNOG nails a sense of tactile interaction in a way that few other games I’ve come across have managed to accomplish. It’s fresh.

You’ll poke, pull, twist, and toggle various gizmos and doohickeys in order to feel your way through each puzzle box and figure out not only what each element does, but how they work together. Every level has its own goal and theme – from a submarine to a swamp to a candy shop – and the toys themselves feel like they could (almost) physically exist in the real world. The end result is short and sweet and, above all, refined. You can tell a ton of care went into fine-tuning the whole package. It has VR support, too.

Whether you end up getting this now, for free, or mentally file it away for a rainy day, I’m just happy to give this game another shout-out. GNOG is too dang precious to deserve a slow fade into obscurity.

As for what’s next, KO_OP Mode has turned its attention to Winding Worlds, a puzzle-adventure game for iOS that deals with helping “lost souls find acceptance and move on from their lonely planets.” While GNOG found its way onto PC, Mac, PS4, and iOS, this new project is taking a different approach: it’s “coming soon exclusively to Apple Arcade,” an upcoming subscription service for the Apple ecosystem.