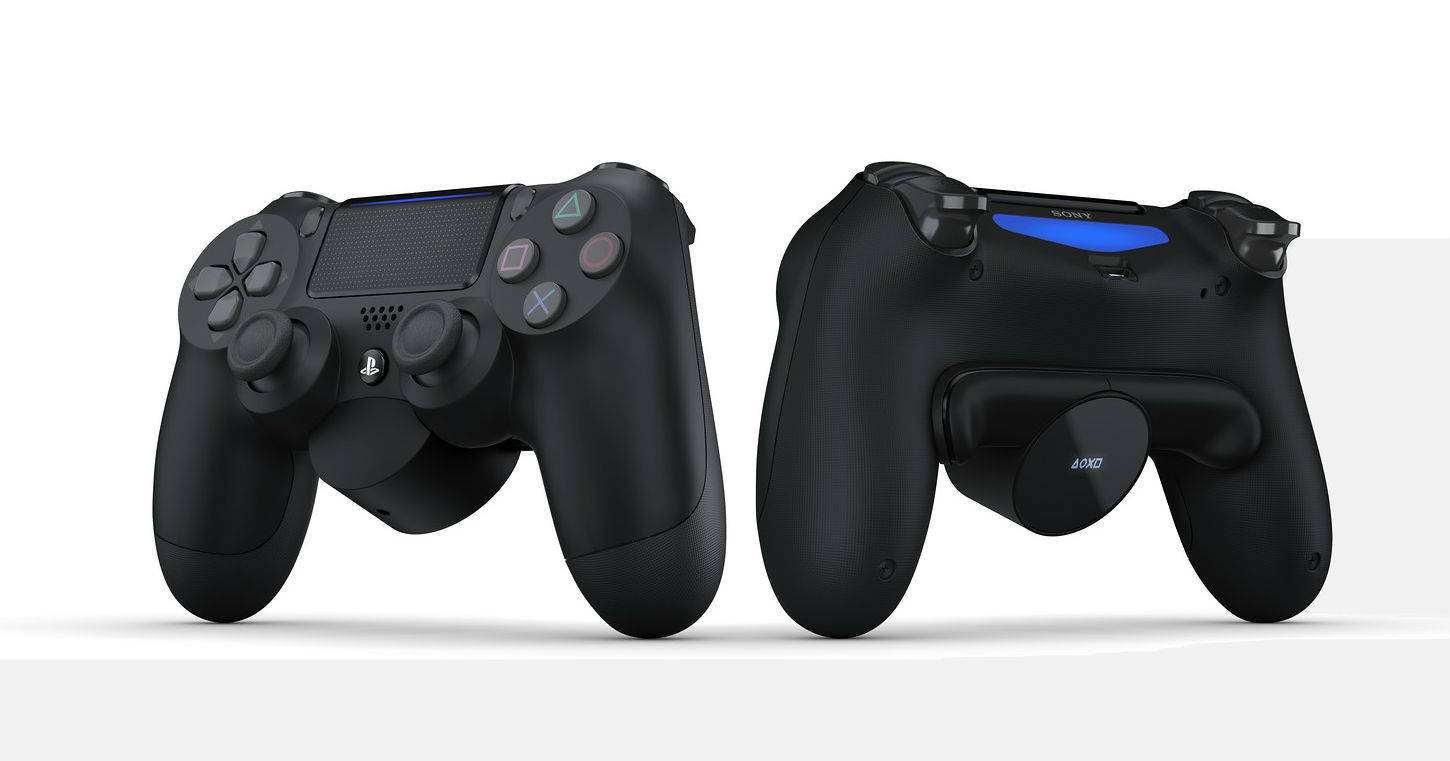 Introducing the ‘Back Button Attachment’

Right as we enter the end of the era of the PlayStation 4, Sony is ready and willing to squeeze anything they can out of this generation. Enter the “Back Button Attachment.”

Not unlike something you would have seen from the late ’90s or early 2000s, this thing is an officially sanctioned Sony device that “adds two customizable buttons” to the DualShock 4 remote. Basically you slap it on your remote via the 3.5mm connector, and you’ll be able to map “up to 16 different actions,” including every available button. It also features an OLED display, which has to come from the skins of executed first-generation Vitas.

It’ll be available in the US and Canada on January 23, 2020, and will set you back $29.99. I can’t wait to see how tournament organizers respond to this thing (probably in the same manner as the Xbox Elite controller, where some TOs ban them and others allow them under the same rules as Scuf remotes).