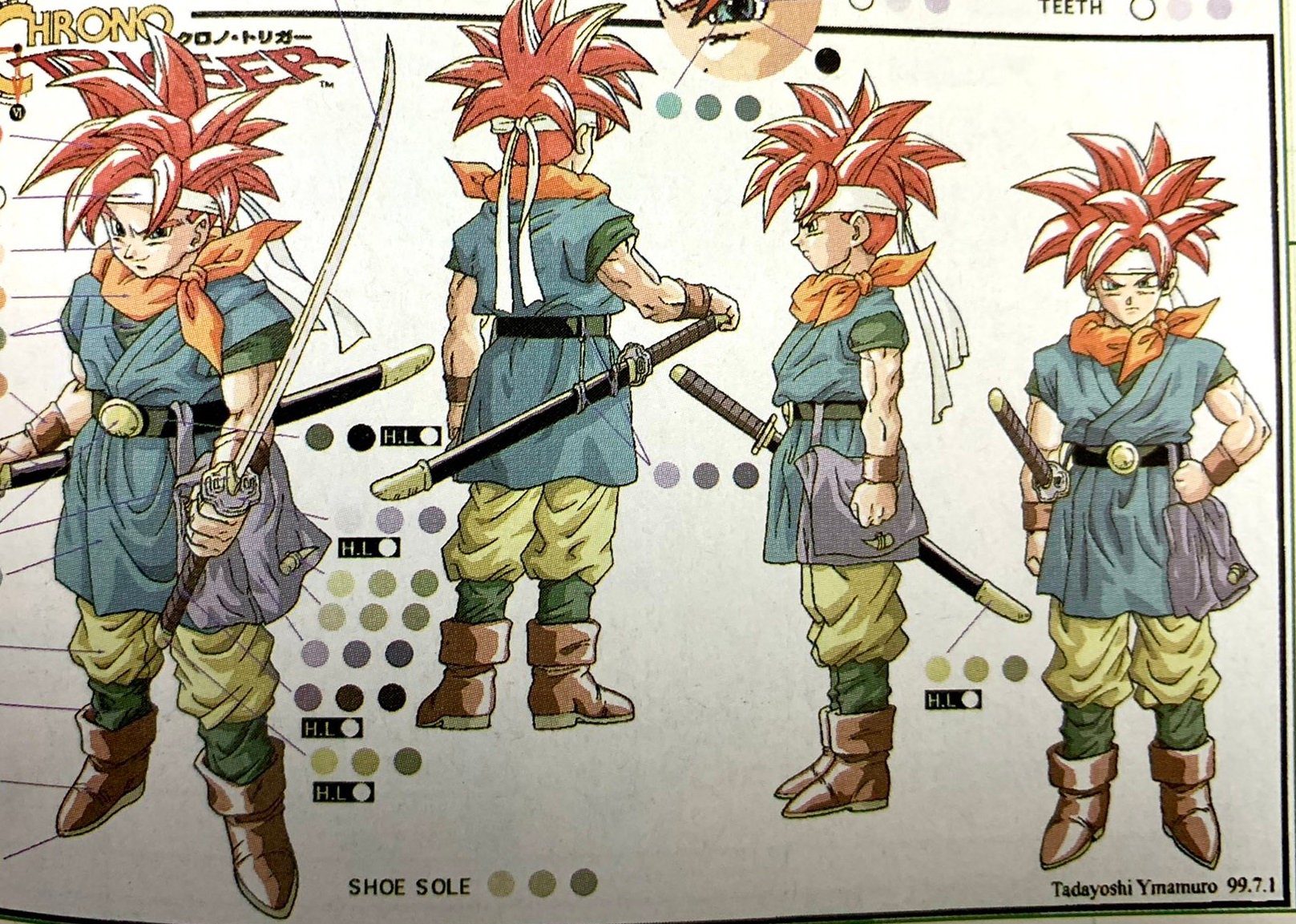 From an old PlayStation magazine

This past week or so, a bunch of Chrono Trigger fans were looking around the internet for Chrono Trigger content (as retro fans, myself included, do!), and found these “PSX [PlayStation] reference sheet” gems.

According to Chrono Compendium, one of the best sites out there for the game, these were shared on Twitter this month and were originally sourced from “The PlayStation” magazine in Japan, volume 170 (which was originally released in 1999). However, this was not widely shared on the internet back then, and is basically a new discovery, following a revelatory tweet.

According to the site, Tadayoshi Yamamuro (who worked on various Dragon Ball shows) was the chief illustrator for these designs. There’s designs for Chrono, Marle, Lucca, Robo, Frog, Ayla, and Magus. So basically, the player party crew! You can find all of them here.

It really just goes to show you how much of a force this game was, that people are still excited to talk about it all these years later. I remember when I first popped it into my SNES from a rental place (which had an end game save file on it, classic!) and I was completely blown away.

I would never forget it, and still go back to it from time to time. It’s that good!