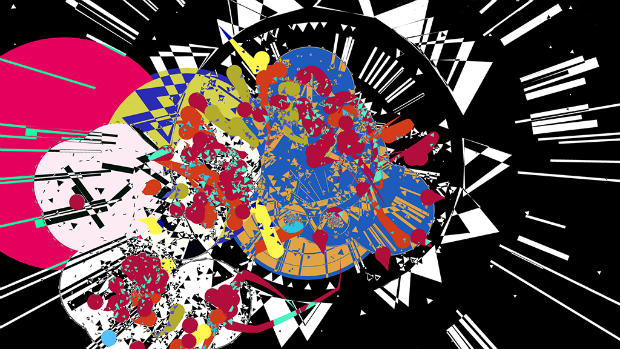 Not your everyday shooter

It takes a lot for a twin-stick shooter to get my attention these days. I like the genre just fine, but it’s so saturated that it’s hard to muster any excitement for the next one that looks just like the last one. Thankfully, Myriad has a stark, powerful look in screens, or else I might not have watched the video above. And if I hadn’t watched the video, I would never have learned what makes it unique.

Instead of simply shooting the comet-like enemies to win, destroying one just brings more back in its place. The key lies in the areas left behind. There is an element of zone control, where staying inside the circles for long enough can set off a chain reaction of explosions. Admittedly, I still don’t think I fully understand how it all works, and developer Bifrost Entertainment’s strangely poetic press release (below) doesn’t exactly clarify it all. Still, it looks amazing, and I’d like to get some hands-on experience to learn it.

I started developing games to make beautiful, kinetic, flow-inducing games where every little interaction sends ripples of reaction across a hyper-tense playfield.

My game design is about kinaesthetics, to my mind the science of making bullets leave barrels exhilaratingly; of feet and wheels skidding with satisfying friction; of the suck and blast heralding great explosions; of the dopamine daisy-chain of a good chain reaction.

I’ve devoted all my time working out novel, interesting approaches to traditional game mechanics, and making them feel great. I wanted to create a game that looks and feels like nothing else, a pure distillation of what I love about games.

Playing Myriad isn’t just about chasing high scores. It’s about feeling good, about expressing yourself in a zero-flub environment where every action, every decision builds towards something beautiful.

Walls don’t exist. Instead you breach boundaries, break surfaces, throw yourself into graceful arcs, trail stretching behind you, your ordnance’s contrails drawing violent, ephemeral curlicues, recoil fighting gravity as you streak towards your goal.

Weapons are not selected, they are moved to, embodied by brilliantly coloured rings demarcating weapon area and level. Complimentary colours bloom as you flit between guns, bending time and space until it screams.

Resisting opposition only creates new opponents, generation after generation growing faster, stronger and above all more numerous; a dumb, silent but mutable terrain encroaching, creating corners for you to get trapped in. They pop deliciously like grapes of wrath under your hailfire, multiplying, gaining you ground but at what cost?

The way out is through

A final pop and your world blooms, a single heartbeat, a shower of sparks, the shrinking of opposition, a string of suns, sundering all they touch, leaving you stronger and alone once again, on the little patch that’s yours.

Even that leaves your feet. You chase it at terminal velocity, weaving between nearly frozen enemies, reality only brought back up to speed as you reach your new vantage point. You are in full control.

Until one moment, brilliant, everlasting, tunnel and flower and smile, when the struggle is over and everything shrinks to a point.

Yet there’s no reason for death to be the end. If you’re in the zone, and you just want to carry on playing from where you were, you may. Just rewind back to before the light swallows you. Or any other time and place you have been.

All this accompanied by FASTLAND’s sumptuously produced synthscapes, the twirling topologies of which I can scarcely comprehend, his majesty reconstructed in crude digital code so Myriad can sing endlessly with his voice.