Today during the dramatic Super Smash Bros. Ultimate character presentation, Minecraft‘s Steve and Alex were presented as the next DLC fighters. They’ll be accompanied by the classic DLC suite: a new level and music (seven tracks) for $5.99, or as part of the $30 Fighter’s Pass.

After the reveal, Sakurai affirmed that “the most popular game in the world” is coming to Smash, and that in this case, someone at Nintendo suggested that they put Minecraft in the game. He mentions the “wizardry” and the difficulty of porting Minecraft into the Smash world and that he was ready for the task. “Stages needed to be reworked so blocks would fit in them,” Sakurai muses, going over the design process on the “completely different” Steve/Alex models that were tough to design to slot into the current engine.

That’s all he had to say today. More info is coming at 10:30AM ET on October 3. I’m here for it! I mean there are probably a ton of anime characters a few of us wanted first (Dante), but Minecraft is a global phenomenon and this will actually attract people to Ultimate in a way some DLC characters haven’t in the past. It might have been a coincidence, but as soon as the news hit, Twitter literally broke. Four more to go!

It’s also a watershed moment for Nintendo, having buddied up with Microsoft previously for the play together initiative, which threw serious shade at Sony; who at the time, was hesitant to embrace any form of cross-play. 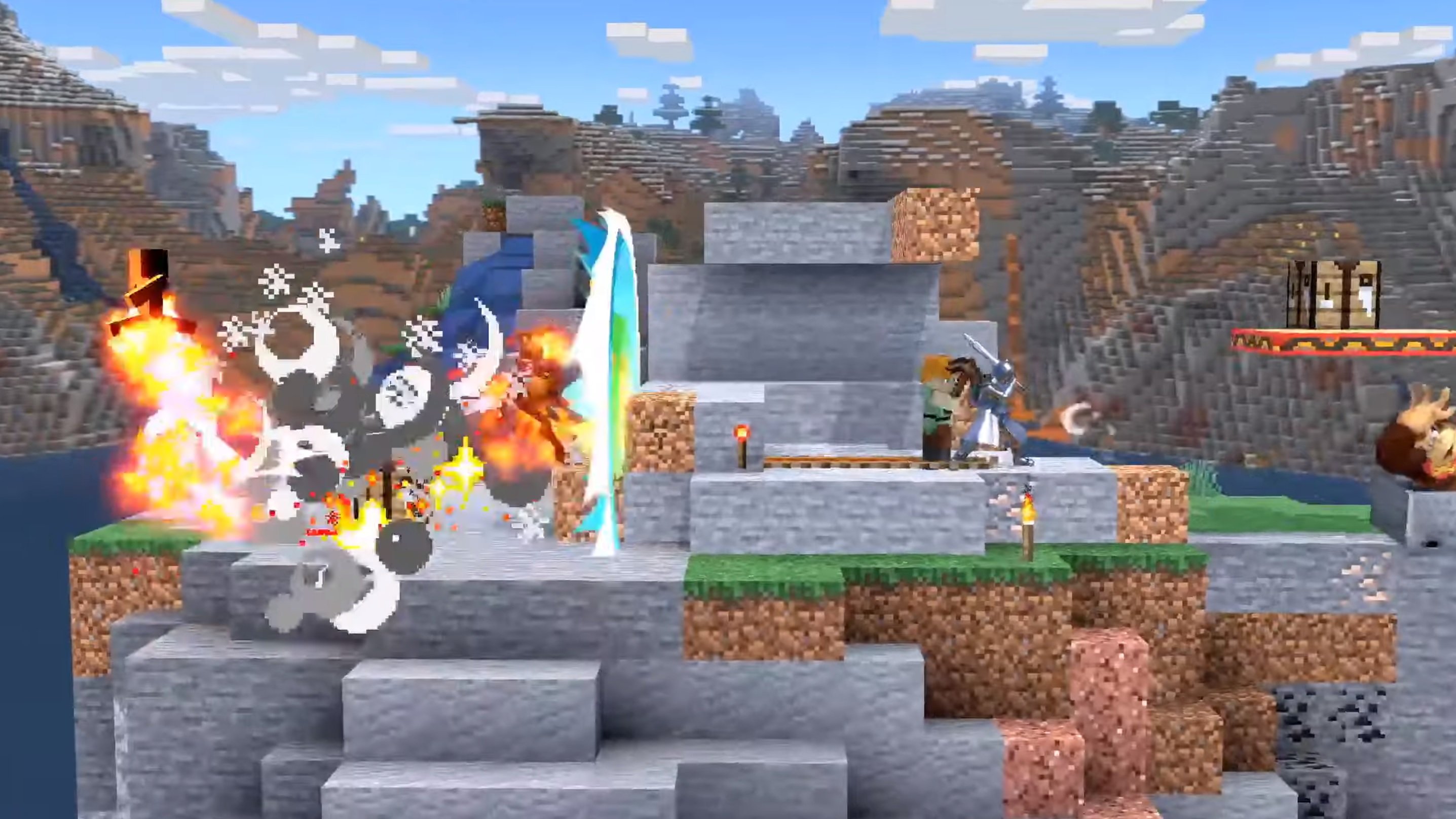