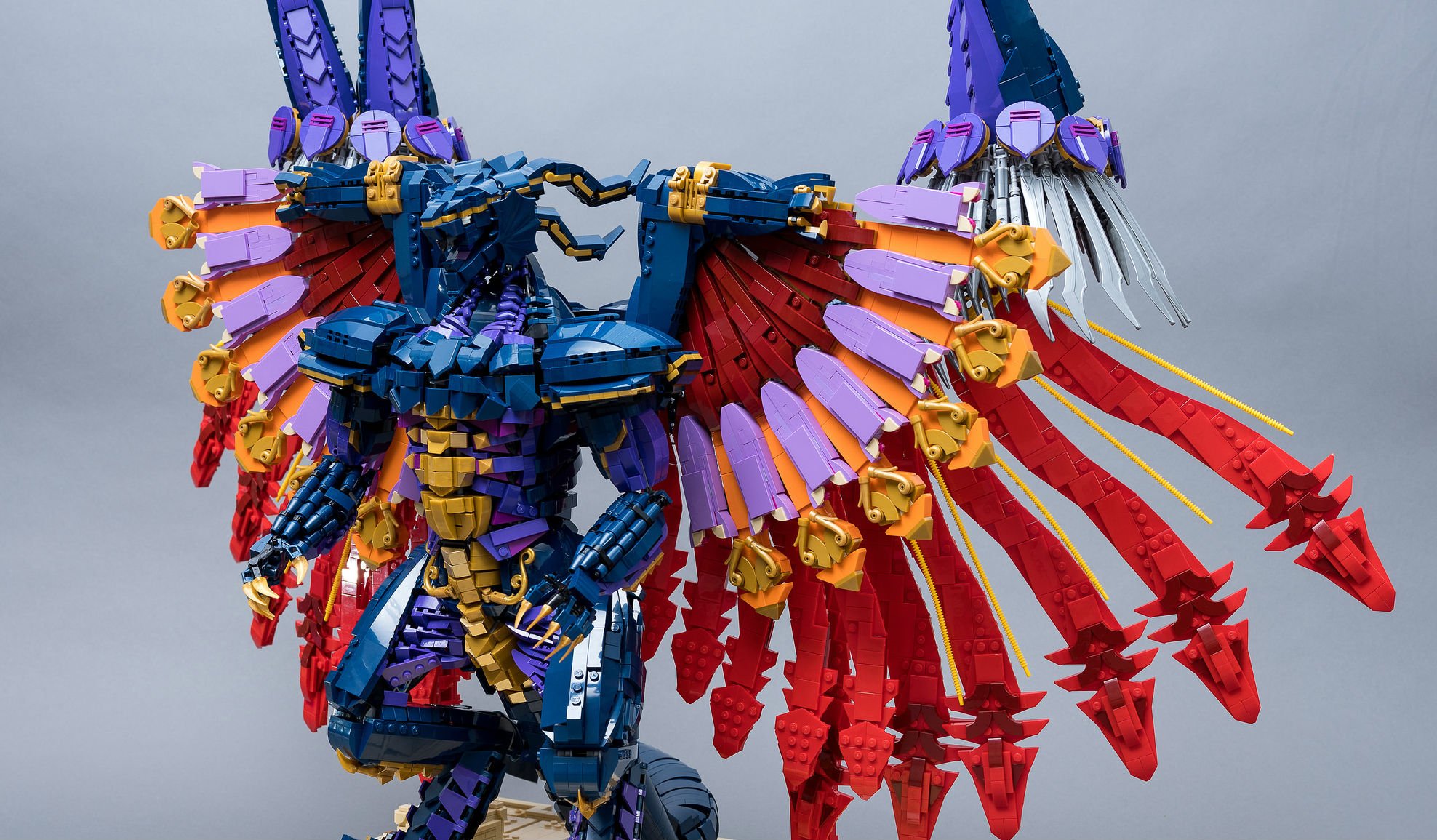 Bahamut is a beast. I mean he’s usually a beastly dragon figure sure, but as a raw icon he’s often synonymous with summons in the Final Fantasy series. I bet most of you who immediately saw this picture without context will probably recognize it.

There is context though. Final Fantasy X turns 17 this year (!) and LEGO builder Marius Herrmann created an amazing rendition of its colorful version of Bahamut. How amazing? Try “it took six months and consists of 10,000 bricks” quality. You can view the full monty with multiple angles on Herrmann’s official Flickr page.

This mean piece of art made me really sit down and think about my favorite summons, and although I really have to put Diabolos up there, I think Bahamut makes the “top five” cut. He’s always been a force of nature and although the X rendition is flashy, I really dig his Maleficent color scheme (that you can peruse in the gallery below next to this model) in IX. More recently Bahamut made his token appearance in Final Fantasy XV, and as a massive MMO raid boss (which sported its own entire dungeon) in Final Fantasy XIV.