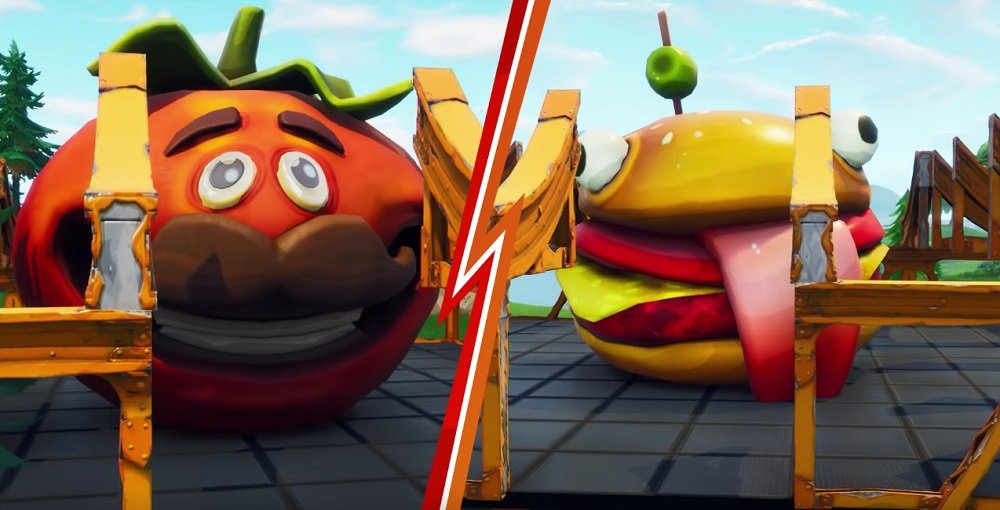 Prepare to get your buns burned

Food Fight sees two teams – The Tomatoheads and The Beef Bosses – fight it out it a battle to destroy the opposing teams restaurant. A dividing wall allows the factions to build up the defences around their hallowed ground, before dropping after a few minutes and all hell breaking loose. The first team to decimate their opponent’s base will be crowned fast food kings.

Helping you out in said mode is Fortnite’s all-new mounted turret, which allows players to stream off bullets for insane damage. The new weapon seems custom designed for positioning on your fort to fend off attacks would-be invaders. Rat-a-tat-tat. Finally, Epic Games has pulled the Glider Redeploy option from all standard game modes.  While no specific reason was given for the removal, clearly the ability was found to be having a negatory effect on gameplay.

Fortnite is available now on PS4, PC, Xbox One, Nintendo Switch and iOS and Android devices