We are in the endgame now

This weekend saw three separate splatfests take place in Nintendo’s online shooter Splatoon 2. The trio of titanic battles covered North America, Europe and Japan, as players worldwide prepared themselves for the final face-off, which will take place in July.

In North America, Marina’s team Narwhal flattened Pearl’s Team Unicorn in a battle of the horned beasts. Marina took the 3 – 0 victory with 60% of the public vote and close victories in both Normal and Pro battle modes. I thought everyone loved unicorns? Things have sure changed since I was a lad. 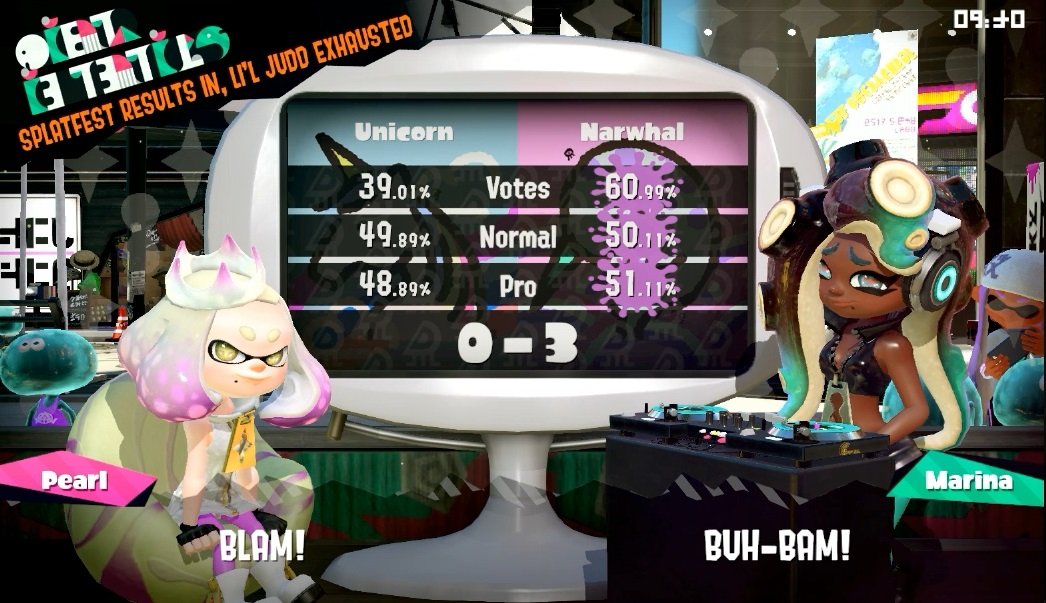 Speaking of maturity, the deejay octopus then went on to bag a further victory in Europe, as her Team Grown-Up squeezed out a narrow 2 – 1 victory against Pearl’s Team Kid. While being a snot-nosed brat won the popular vote by a huge 65%, being older and (allegedly) wiser won out by securing both battle points. 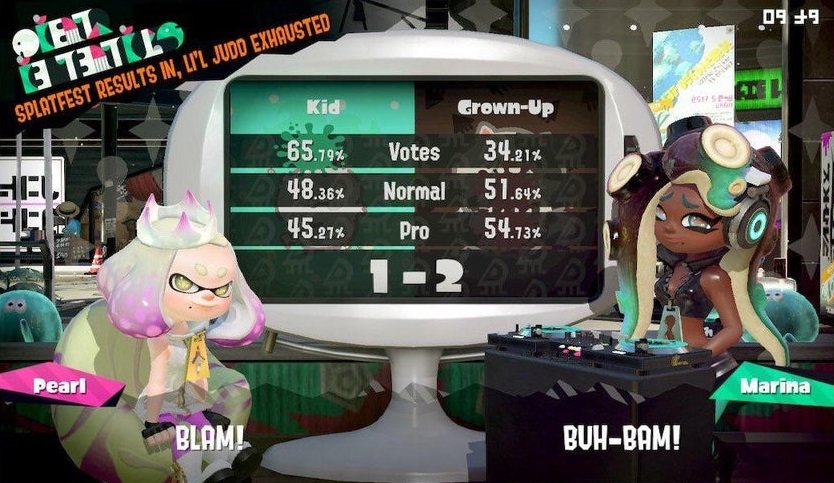 Fortunately for the Queen of the World, Pearl managed to save some face by winning the Japanese splatfest. With regards to how you prefer Sweet ‘n’ Sour dishes, Pearl’s Team No Pineapple beat out Marina’s Team Pineapple with a clean 3 – 0 victory. This particular splatfest also gave us a wonderful piece of artwork (see header image.) 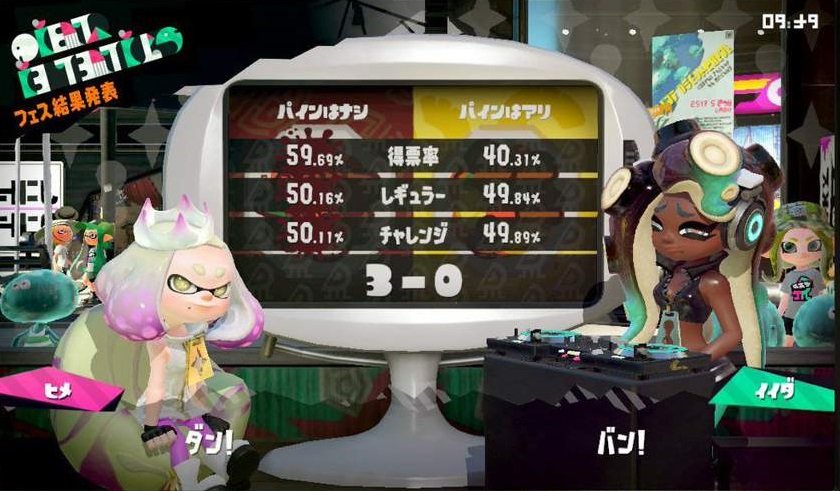 Congrats to Marina for taking the weekend overall, two splatfests to one. but this is already yesterday’s news… All that remains now is for one last battle. One final clash of the titans. Set to take place on the weekend of July 7, Pearl’s Team Chaos will take on Marina’s Team Order in Splatoon 2’s last ever splatfest, worryingly titled The Splatocalypse. Where do you stand?