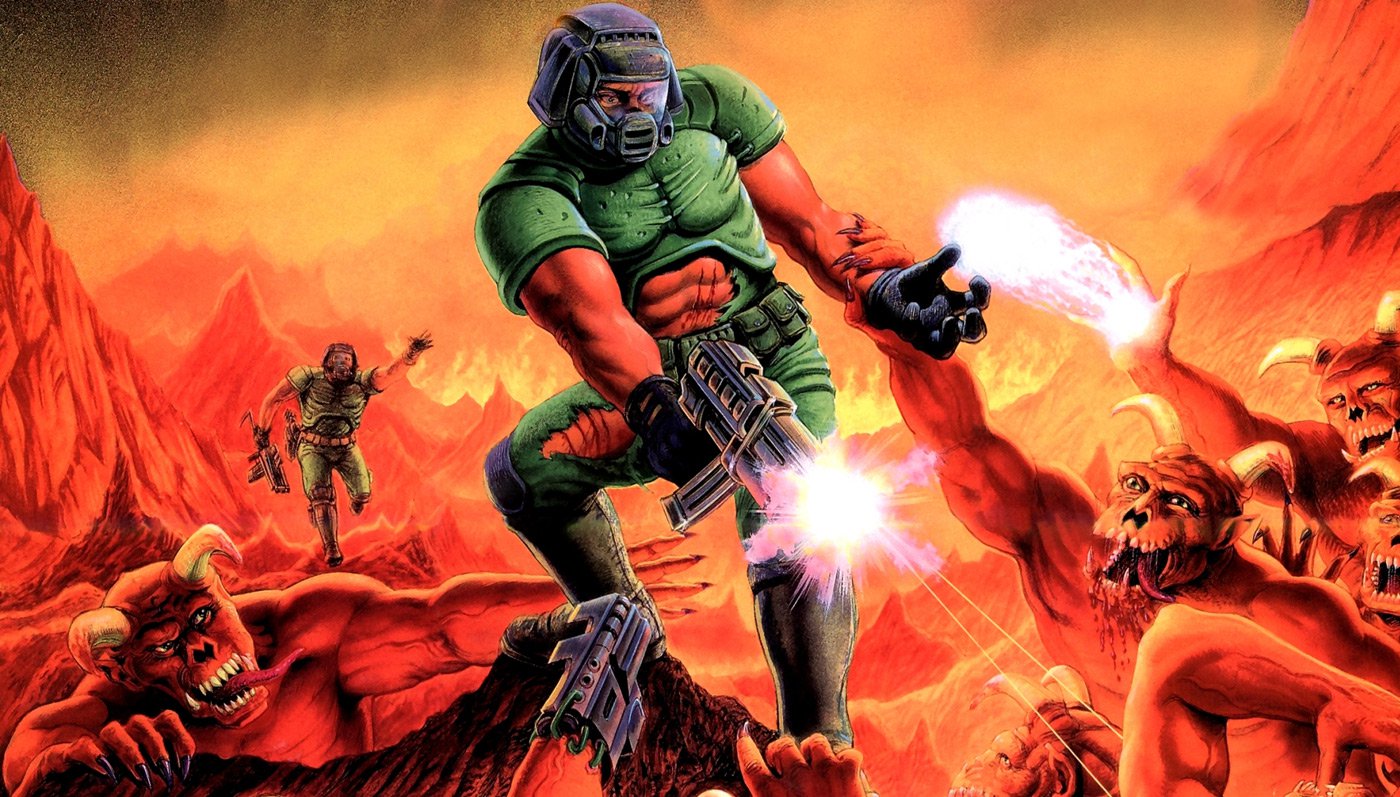 This is the best possible outcome

Behind-the-scenes Doom stuff is my jam, and I like to think plenty of you feel the same way. With that in mind, John Romero has shared an anecdote about the box art that you need to see. It’s a good one.

The original plan, back in 1993, was to bring in a male model to “strike various poses for the marine who would be on the cover of the box,” according to Romero. Easy enough, right?

“The body model took his shirt off and started posing with our plasma gun toy. [Illustrator Don Punchatz] asked us for suggestions so I started telling him that the Marine was going to be attacked by an infinite amount of demons. It would be cool if he was on a hill and firing down into them. The model was holding the gun in various positions and none of them were interesting to me.”

“I kept telling the model what to do but he couldn’t see the scene in his mind,” Romero continues.

“Frustrated, I threw my shirt off and told him to give me the gun and get on the floor – grab my arm as one of the demons! Defeated, he deferred. I aimed the gun in a slightly different direction and told Don, ‘This is what I’m talking about!’ Don took several pictures. I moved the gun some, the demon grabbed my leg, other arm, etc. At the end of it we all decided the arm-grabbing pose was going to be the best.

“And that’s the story of how the cover composition was created.”