You know, if there’s one important observation I’ve noticed throughout the years, it’s that if you look hard enough, like really really hard, you’ll find a dick pretty much everywhere.

That tree trunk outside your window? That’s a dick. That lamp post on the street corner where you get ZJ’s from? That’s a dick. The letter “p”? That’s a dick. Those limestone mountains in China? Those are dicks. Oh hoho! But what about Gliscor’s tail? Yeah, that’s a dick too. Hell, if you still play your Wii U with the Wiimote and nunchuck, you’re holding two dicks you pervert!

Speaking of Wii U, Mario Kart 8 is a really fun game. I absolutely love it. Hell, I love Mario Kart in general. But there’s something you don’t know about Mario Kart: it’s lewd as f*ck. And no, I’m not talking about Rosalina X Samus. So why is it so lewd? Because almost all of the tracks have dicks in them! Don’t believe me? Well just sit back and relax and allow Professor HLBC guide you into this perverse, strange, and somewhat amazing world of phallic structures. First let’s take a look at a nostalgic favorite, Super Mario Kart for the SNES. 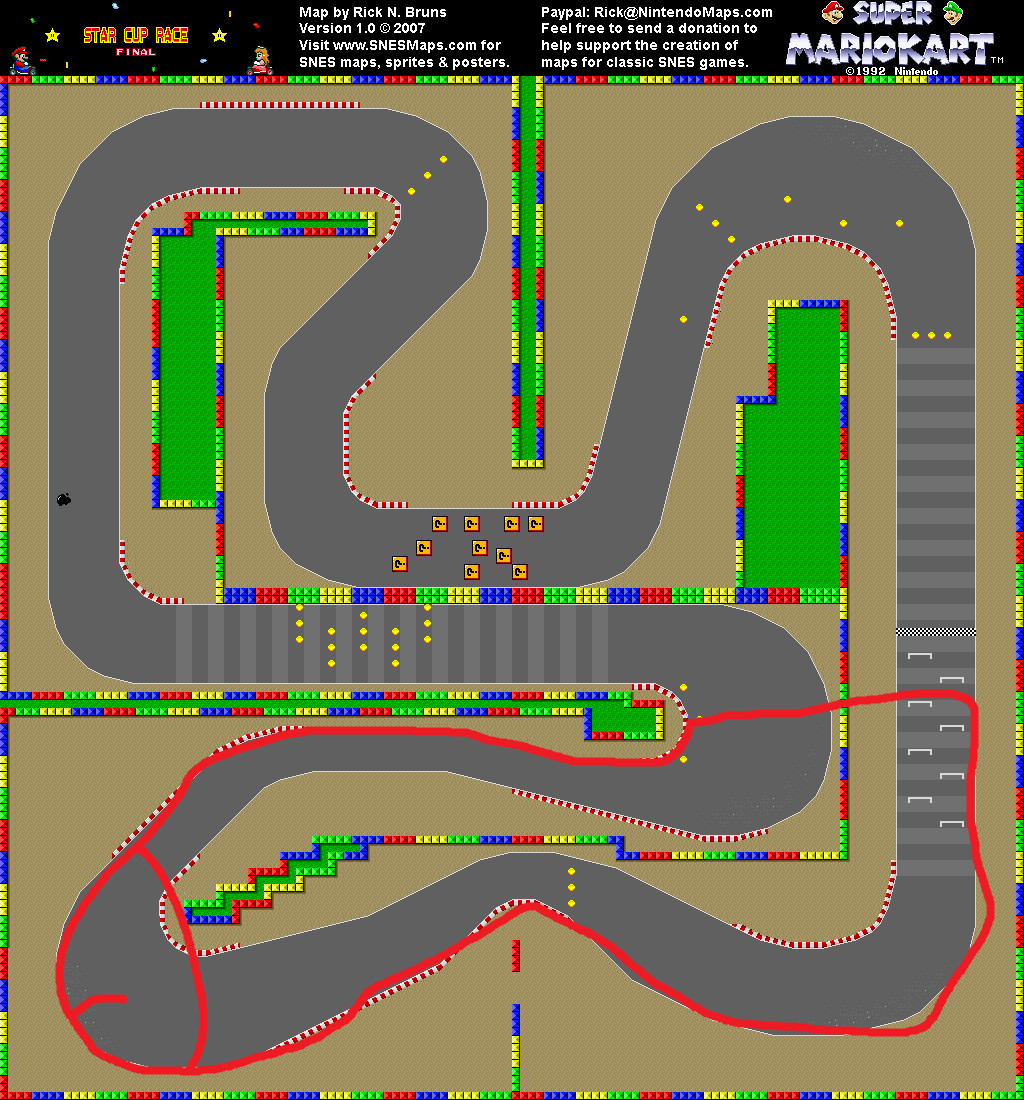 Oh yeah, you see that? That’s a dick. I like to call that “The Flopperdonger.” You know, when your dick’s just hanging loose like it doesn’t give a shit. Especially when it’s hot outside. When you have a Flopperdonger, you will temporarily have the ability to do The Helicopter Dick. Want to impress the ladies? Give it a try and see what happens. And here’s a little secret: if you do it well, there’s a chance that they’ll find you funny and jump your bones. But usually they’ll just scream in horror and call the cops. Actually, don’t do The Helicopter Dick. That’s a bad idea. 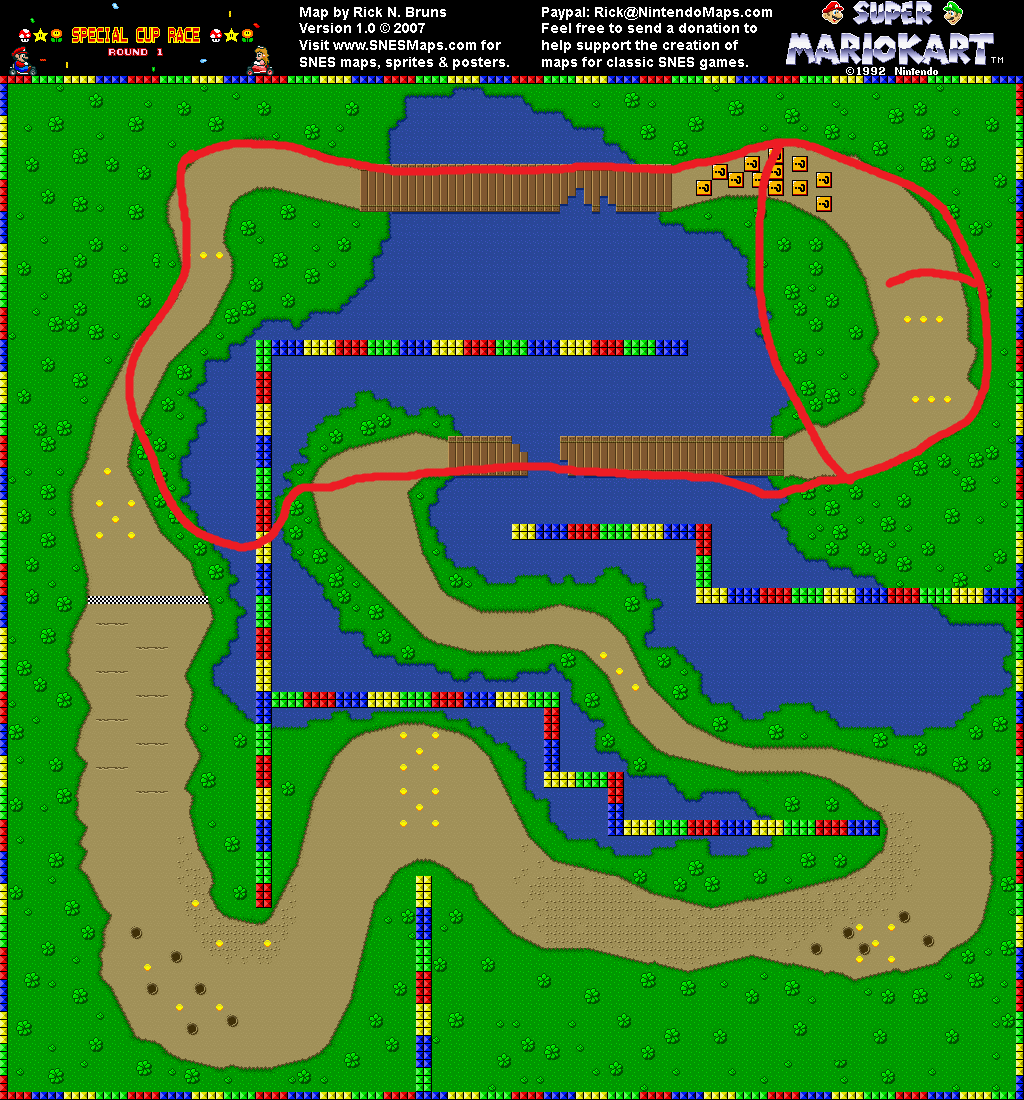 This one’s perked and ready to party!

You know what Donut Plains and dicks have in common? Nothing, actually. But you can put your dick in a donut; that’s got to count for something right? Anyway, look at that fat bastard! This type of dick is called “The Chode.” It’s basically a short, but fat penis; and in some parts of the porn world, that qualifies as a boner. Anyway, try not to fall off the track or you’ll get that dick wet. Unless… that’s what you were aiming for all along, of course. Like what you see so far? Of course you do! But we’re far from finished. Let’s thrust our way over to Mario Kart 64!

Ah yes, the Nintendo 64. Considered by some to be the golden age of consoles. I never owned one, but my cousin did and we both played the shit out of Mario Kart 64, even though I kicked her ass a lot. Can’t beat nostalgia. But hey, we’re here to look at dicks. So let’s start with the most obvious dick shaped track in the game. 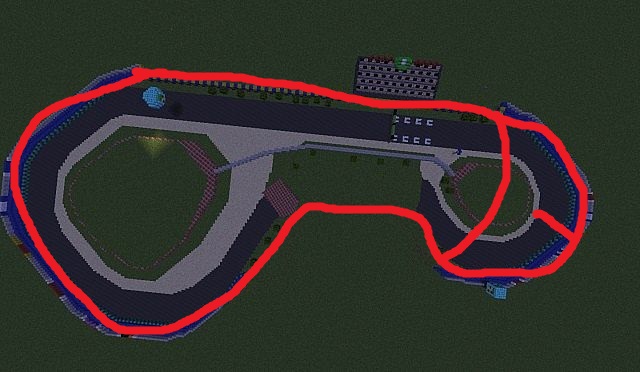 I think Luigi’s trying to tell us something

Hot damn look at that ramburglar! Out of all the tracks in the game, Luigi Raceway is the only one that straight up looks like dick. I like to call this one “The Standard”. It’s a basic penis. Nothing about it stands out from the rest, but it gets the job done. Luigi not only got his own year, but also had his own bologne pony as a track! Beat that Mario! 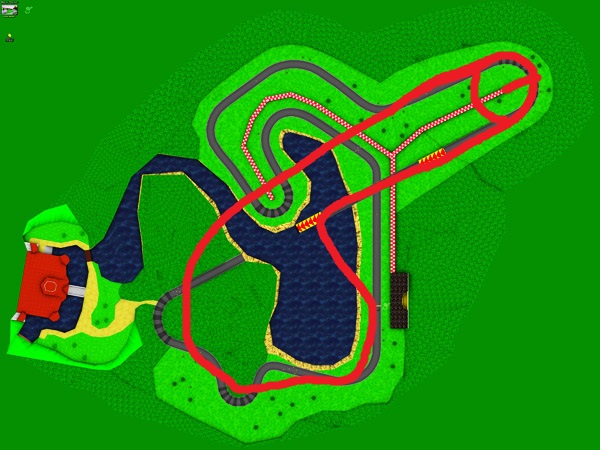 Holy Georgia peaches Batman! You wouldn’t have guessed it, but on Royal Raceway, you’re driving on a rock hard boner. Look at the fence near the tip for crying out loud! It’s like they wanted you to notice where the money shot happens. This is what I call “The Bonerjam.” Remember sitting in class and all of a sudden your Long Dong Silver perked up out of nowhere? Thanks teach, perfect time to ask me to solve the algebra equation on the board. Anyway, if you ever get one of these, you know what to do: make sure it’s the boner that pierces the heavens! If it lasts longer than four hours however… Still thrusting? Good. Because now we’re humping our way to Mario Kart Wii(ner).

The Wii; yet another Nintendo console I never owned, yet my cousin did. Our longstanding rivalry in Mario Kart didn’t end at the Nintendo 64; it ascended into Mario Kart Wii. Funny enough, this was the first game I ever saw Rosalina in. I didn’t even bother playing online since the majority of players there hacked the game and trolled players to no end. But enough about actual games, allow me to show you one of the most impressive dicks Mario Kart has ever produced. 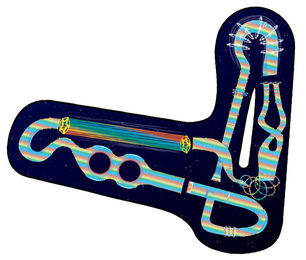 Well yank my Fruit by the Foot and call me a tomato, that’s definitely a dick. I mean, I don’t even have to bother outlining it for you because it’s so blatantly obvious! This is The Bonerjam on steroids. I mean that shit looks like it hurts keeping up for an extended period of time. This is what I call, “The Penetrator.” This is what pornstar dicks are like after gorging themselves with Viagra. Let’s just all agree that this is a very impressive dick, no matter what orientation you are. And it’s rainbow colored, too! Is this what Occams’s dick looks like? We should ask Andy to find out. That’s right, Professor HLBC is asking the real questions here. 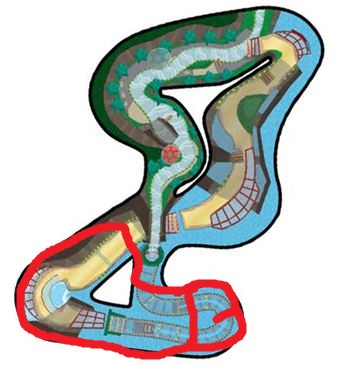 Polarizing, isn’t it? We went from super ultra mega huge big to Toad size. This my friends, is what I like to call “The George Costanza.” This usually happens when us manly men are cold as fuck. Gotta preserve that body heat somehow right? But geez just look at that little guy. Sure, it’s all in how you use it, but still, at least get on Luigi’s level. I bet this little track has enormous balls though. Don’t bust your nut just yet folks, because we have one more game to look at: Mario Kart 8 for the Wii U.

As a brand new Wii U owner (Cbizzle2590. Let me know you’re from Dtoid if you send me a request), I have to admit that I absolutely love this console. I don’t know why I put myself on the fence for so long. The games are just fantastic too. Super Mario 3D World, Smash Bros, Hyrule Warriors (uuuunnnnnngggghhhh….), and of course, Mario Kart 8. The tracks are absolutely insane and fresh! I love the anti-gravity concept and the gorgeous graphics. But what about the dicks? Don’t worry, Mario Kart 8 has your back… or front. 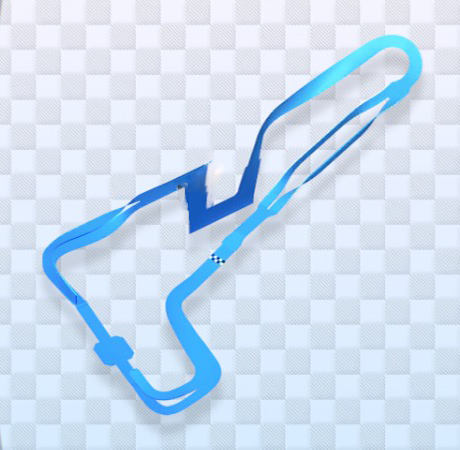 That’s quite the six shooter

Quick! What do Boos and Twisted Mansions have in common? Don’t know? The answer is dicks. Take a look at that deep-v diver. No need for an outline here, it’s pretty obvious. I like to call that “The Clint Eastwood.” Firm, fair, and can shoot faster than you can blink. That must sting. What it lacks in girth it compensates for in sheer length and quickness. Don’t let those twists and turns fool you; you’re grinding, drifting, and getting fucked six ways from Sunday on the longest dick in the game. There’s nothing Bad or Ugly about it. Just pure Good. 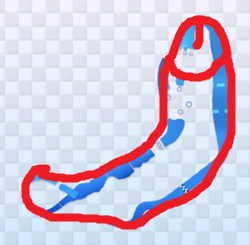 Pop my trunk and dip dip dip dip! Ah… “25 Lighters” goes hard. Anyway, Dolphin Shoals is a special track because it’s shaped like a curved dick! This schlong is called “The Swang” for obvious reasons. Not all of us have perfectly straight dongs you know; sometimes they swang to the left or the right. Dolphins and dicks have lots in common too. We’re both sensual creatures. The only difference is that humans don’t fuck fish. Thanks to Nekro, I learned that dolphins do. Fuckin’ nymphomaniacs. Keep this in mind while you’re riding on The Swang: you will be getting wet on this track. You know you like that.

Had enough dicks yet? I hope so because I just gave you eight tracks that are secretly and obviously shaped like Jimmy Johnsons from four different games. I hope that’s enough to satiate you, you lewd pervert! Are there any other tracks in the Mario Kart franchise that are shaped like dicks? What about other games in general? Don’t be shy! Sound off in the comments you sick, deviant, perverse, twisted person… who also loves current events! If you can outline it in paint too, that’d be awesome and hilarious.

So just remember my fellow perverted readers: If you look hard enough, like really really hard, you’ll find a dick pretty much everywhere.