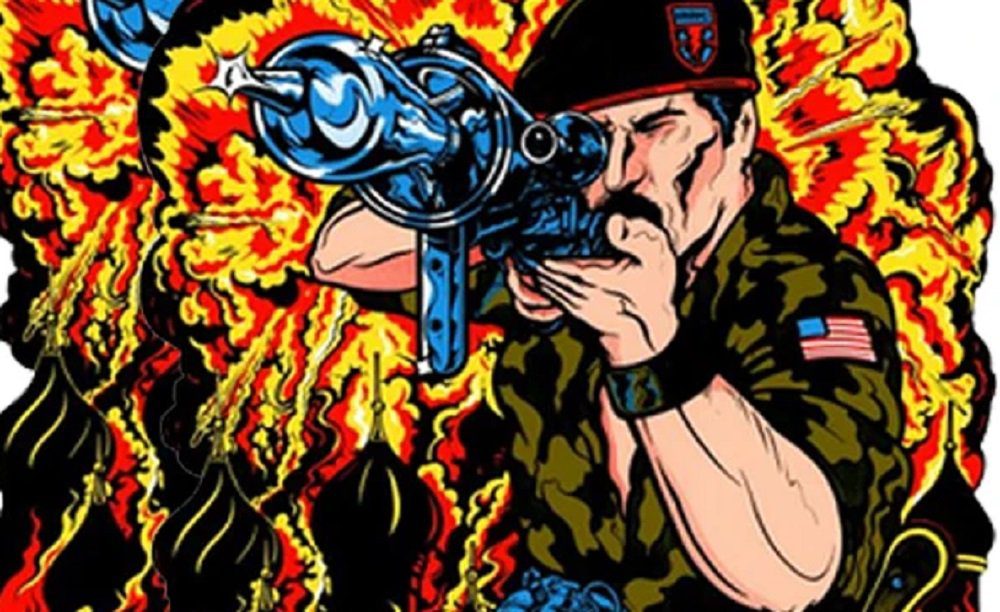 Don’t Do What Donny Don’t Does

If you haven’t gotten enough Cold War action from Activision’s Call of Duty: Black Ops entry, then retro publisher Hamster are offering a more old-school peek behind The Iron Curtain this week, thanks to its latest Arcade Archives release.

Originally released in arcades in 1985 – before being ported to a plethora of home computers and consoles – Konami’s Green Beret, (also known as Rush’n Attack), sees a lone special forces agent infiltrate a Russian military base on a mission to rescue a party of P.O.W.s from behind enemy lines. This notoriously tough arcade sees our hero charge into battle against an entire battalion of soldiers armed with only a small knife, literally stabbing his way endlessly through an onslaught of military personnel.

Check out the action below, in this video from YouTuber Retrogaming Longplays.

On occasion the protagonist is able to procure firearms such as flamethrowers and rocket launchers but, for the most part, Green Beret is just a wild stab-fest taking the player through a weapons bunker, a harbor, an air base, and finally deep into the P.O.W. camp itself. Despite its rudimentary gameplay and graphics Green Beret is surprisingly good fun, thanks to its relentless action and teasing challenge – reflected in the game’s enormous success both in the arcades and on home platforms.

Green Beret is available to download now on PS4 and Nintendo Switch, priced around $8