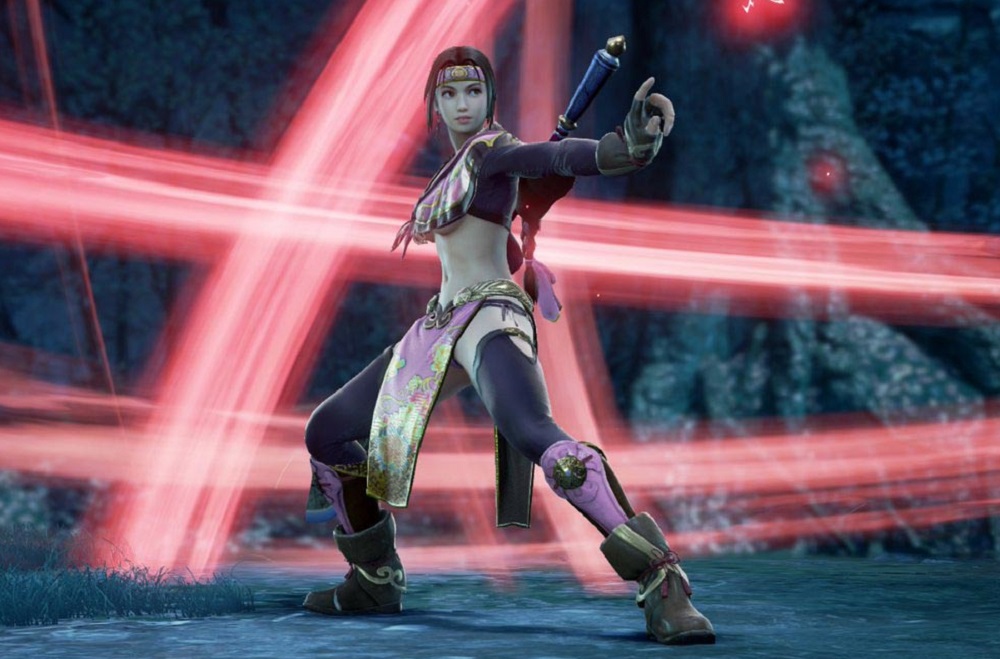 This weekend, during EVO 2018, Namco Bandai revealed two more combatants headed toward their upcoming sword-and-souls fighter Soulcalibur VI. Both reveals, Seong Mi-Na and Astaroth, are series veterans and fan favourites, which seems to be the order of the day for the roster thus far.

In fact, save for powerful tribesman Zasalamel and pretty-boy newcomer Gr0h, the latest battle on the Stage of History is playing it pretty safe. Ivy: Check, Mitsurgi: Check, Voldo: Check, Taki etc etc. It seems that Soulcalibur VI is taking the same route Capcom did with Street Fighter IV, and trying to recall the flock by gathering the roster from, arguably the series most mainstream release, 1999’s Soulcalibur.

Well, with the reveal of Seong Mi-Na this weekend, this humble fan has got his fave. But there’s still a bucketload of SC characters yet to be revealed for this anticipated title. Is your favourite hero on-board? Who are you still keeping everything crossed for? Or – should another guest character join The Witcher’s Geralt – who would you like to see cross over? Sorry, Negan’s taken (or should that be “tekken”?)

Soulcalibur VI launches on PS4, PC and Xbox One October 19.