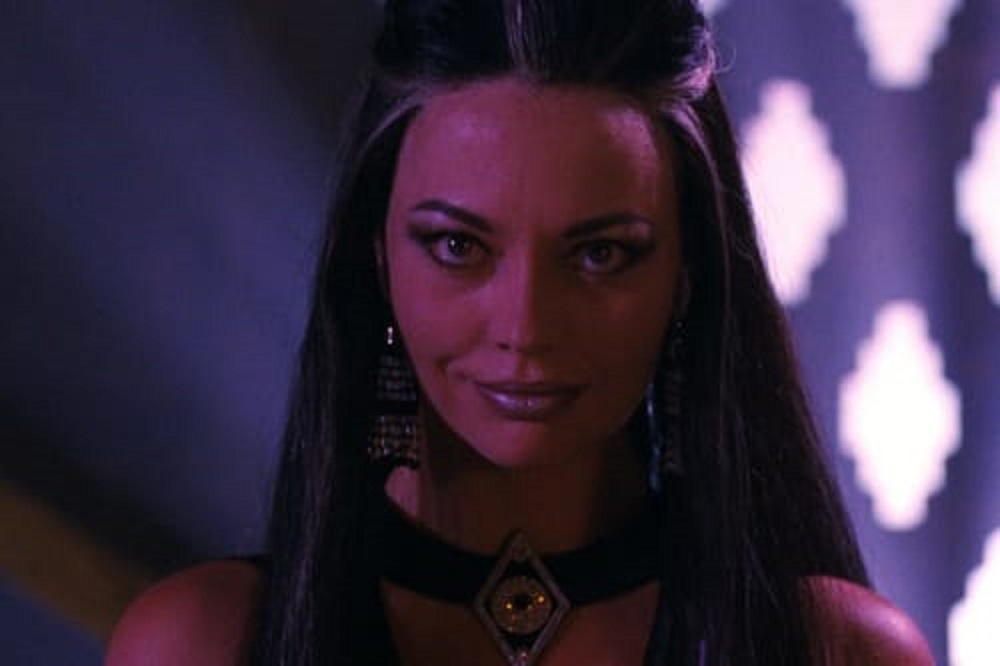 Later in NRS’ presentation we got to see the time-manipulating hunk o’ beef that is Geras, and also caught a glimpse of what appeared to be Kabal. Appearing in cinematics – but not specifically noted as playable – were Shaolin monks Liu Kang and Kung Lao, as well as a sinister lady who can also freeze the clock, Kronika. Finally, former Outworld Emperor Shao Khan will be on-hand as a pre-order bonus.

That’s seven confirmed playable characters and 11 “more-than-likely” playable characters. The character select screen in the demo featured 25 slots, which leaves space for 14 more characters, (I took some college). This is, of course, easily expandable at NetherRealm’s whims, so shouldn’t be taken as set in stone.

So, who do you wanna see make the grade from MK’s illustrious roster of good, so-so and God-awful kharacters? I think its gonna be a tough cut. Surely NRS didn’t introduce all those kids in Mortal Kombat X just to drop them one sequel later. What about newbie villains like D’Vorah and Kotal Khan? This isn’t to mention the currently zombified mainstays such as Nightwolf, Smoke, Stryker and Jade. On top of all that, you also have the series’ penchant for giving slots to guest stars… Boy, that’s a helluva lot of cats vying for screen time.

Personally, I’m hoping to see less of the “family ties” gimmick. MKX is a great title, but we didn’t need Johnny and Sonya and Cassie, alongside Jax and Jacqui. Too many macho humans with similar attitudes. My favourite MK character is Sindel, and has been since the launch of MK 3, way back in ’95. I believe it’s time for the Screamin’ Queen of Edenia to take back her throne. Failing that, let’s get Mileena back in the scrap. The feisty rebellion leader was executed in MKX, but so was Baraka, yet he returns in all his fanged glory. And if we’re going nostalgic, how’s about a real freak like ChaosRealm’s Havik?

Death means zilch in the Mortal Kombat universe. It didn’t in the ’90s, nor the PS2 era, and with MK 11’s “time-bending” storyline, it’s could mean even less today. The roster of MKX felt specifically dictated by the events of its story mode. For MK 11, I’d rather have a roster that balances out variety, nostalgia and creativity. Less humans, less ninjas, more weirdos. Given the kombatants signed up thus far, I think NRS is on target and I cannot wait for further reveals, whomever steps back into the blood-stained ring.

Mortal Kombat 11 launches April 23 on PS4, PC and Xbox One. Recent rumours suggest that the Nintendo Switch release has been delayed until May.