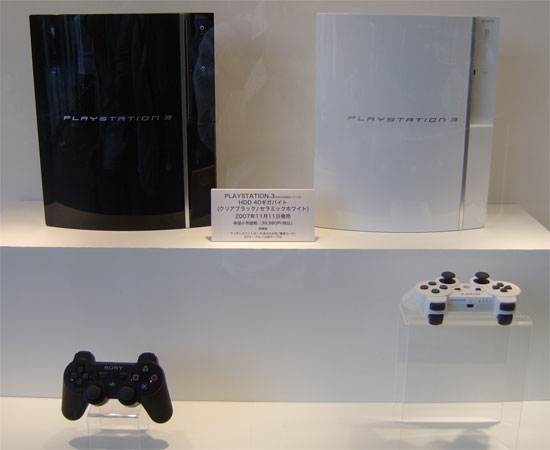 As if one didn’t have a hard enough time already choosing between the million different Sony and Microsoft SKUs, along comes another choice to hinder indecisive gamers everywhere. Of course, color changes are inevitable, but that doesn’t make the situation easier to cope with. Do you want your PlayStation 3 to match your grand piano or your fridge? Variety is a terrible gateway to conflicted torment.

Of course, what that space-filling drivel is trying to announce is what you can already plainly see — that a white PS3 has been spotted and photographed (or incredibly photoshopped) next to its traditional black (sorry, African American) cousin for a handy comparison. Looks pretty, doesn’t it? Not as awesome as a red one, but still rather fetching.

A famous pedophile once said, during the middle of his own chameleon-like color change, that it doesn’t matter if you’re black or white, but he’s no hardcore gamer. Which PS3 looks more striking to you, oh fussy Destructoid collective? You can be honest, I guarantee you that Michael Richards isn’t reading.