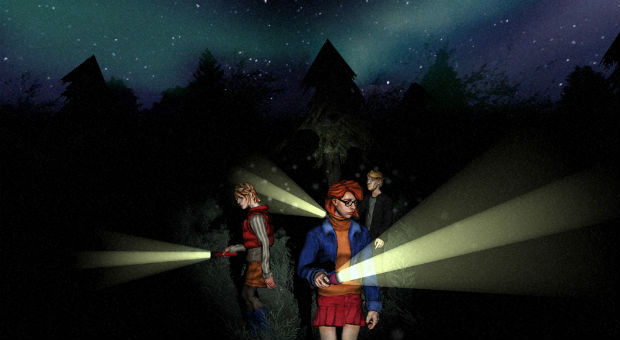 White Noise Online is an indie horror game from Milkstone Studios that wants you and your friends to be terrified together. Team up with three others via Steam to look for clues together while avoiding some type of creature roaming the dark woods while you stumble around armed with just a flashlight. In short, it’s Slender with additional players.

The game is available now on Steam for $6 with its introductory discount of 25%, and if you plan on diving in with your friends you can pick up a 4-pack of Steam keys with the 25% discount as well.

Personally, I’ve never seen the appeal in games like Slender or the bushel of clones heaped upon us by developers looking to capitalize on its success. I know YouTube Let’s Play personalities love to freak out with jump scares and overreact with the best of them, but they just seem a little pointless. White Noise Online has a multiplayer bent at least, which is certainly something I haven’t explored within the genre, and I’ll be investigating it on Steam. Feel free to join in sometime!