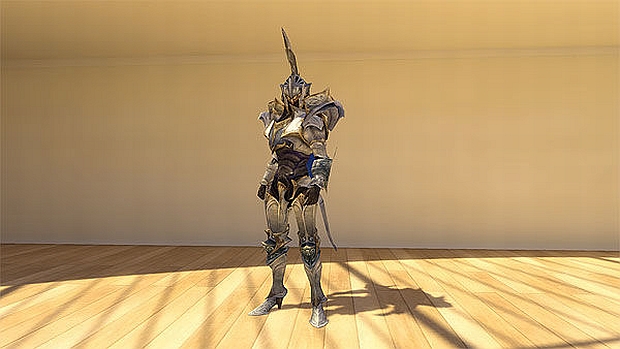 Say what you will about PlayStation Home, but I think it’s alright. It’s not quite worth spending much time in, but stuff does happen in there. Popping in every so often to see new gamespaces and watch the occasional trailer is just fine, especially if it leads to game-themed junk to clutter up a Home apartment-thing with.

The biggest problem I have with it is its bland, lifeless character modeling. Wii Miis and Xbox LIVE avatars took the right step and went for cartoony expressiveness, but Home avatars fell straight into the uncanny valley.

And it seems that Sony are waking up to that fact, in Japan at least. The latest update to the Japanese version of White Knight Chronicles brought not only voice chat and several multiplayer adjustments, but also added a couple of free Home rewards that are actually pretty awesome.

For completing certain conditions, players can pick up a giant-sized White Knight statue that stands about twice an avatar’s height, perfect for viewing at Home’s default zoomed-out perspective. The best bonus, however, is a full-body White Knight costume. Imagine something like that thing in the header pic walking into the central plaza, standing tall, and doing the goddamn RUNNING MAN. Take that, hamsters!