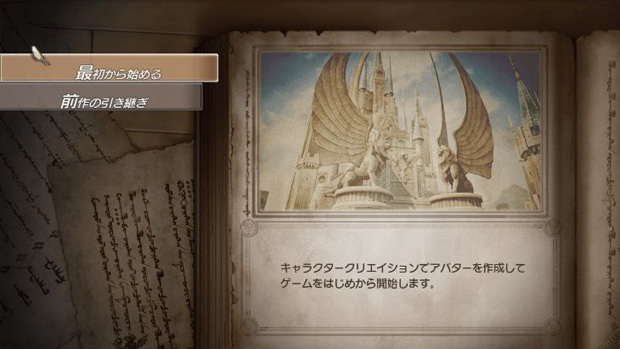 Imagine getting home from the store, anxious to crack into your new copy of White Knight Chronicles 2. Well, first imagine that you’re in the future and the game has been localized and released already. You pop in the game and and grab your controller, but before you can start you’re hit with a message that clear data from the first White Knight Chronicles is required to start the second game. I’m no clairvoyant, but I can promise you that this is going to happen.

WKC2 will require the clear data from the first game, as the story picks up right where the first game left off. Me? I’m good. I kept my data. Hopefully you kept yours too.

Before you throw your hands up in the air in protest, know that the entire original game is included in the package with this sequel. What’s even better than that is that the game play systems have been updated to better match the sequel’s.

Andria Sang says that once you boot up, you’re given a choice of starting form the very beginning, or continuing from the end of the first game. If you do start at the beginning of WKC2, know that your level will be reset to below level 35.

Hell, the first game might be slightly more enjoyable with some of the sequel’s improvements. Who knows.