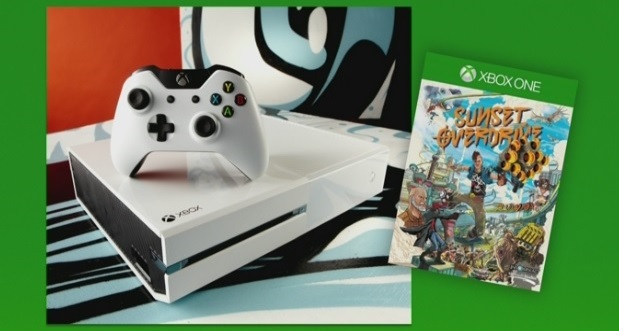 Try to conceal your disbelief

Microsoft’s finally confirmed one of the worst-kept recent rumors in the videogame industry. Sunset Overdrive‘s getting a console bundle with that flashy white Xbox One.

The bundle is expected to release right alongside Sunset Overdrive‘s launch on October 28, 2014. It’s priced at $399.99, which means that it’s likely the model that comes without a Kinect. If you feel the need to plop money down right now, it’s available to be pre-ordered starting today.

Considering that $400 is the price of a new console by itself, getting Sunset Overdrive as a pack-in game seems like it’ll be a fine deal. Or, it’s decent incentive if you think your white Xbox 360 is getting kind of lonely underneath your television.