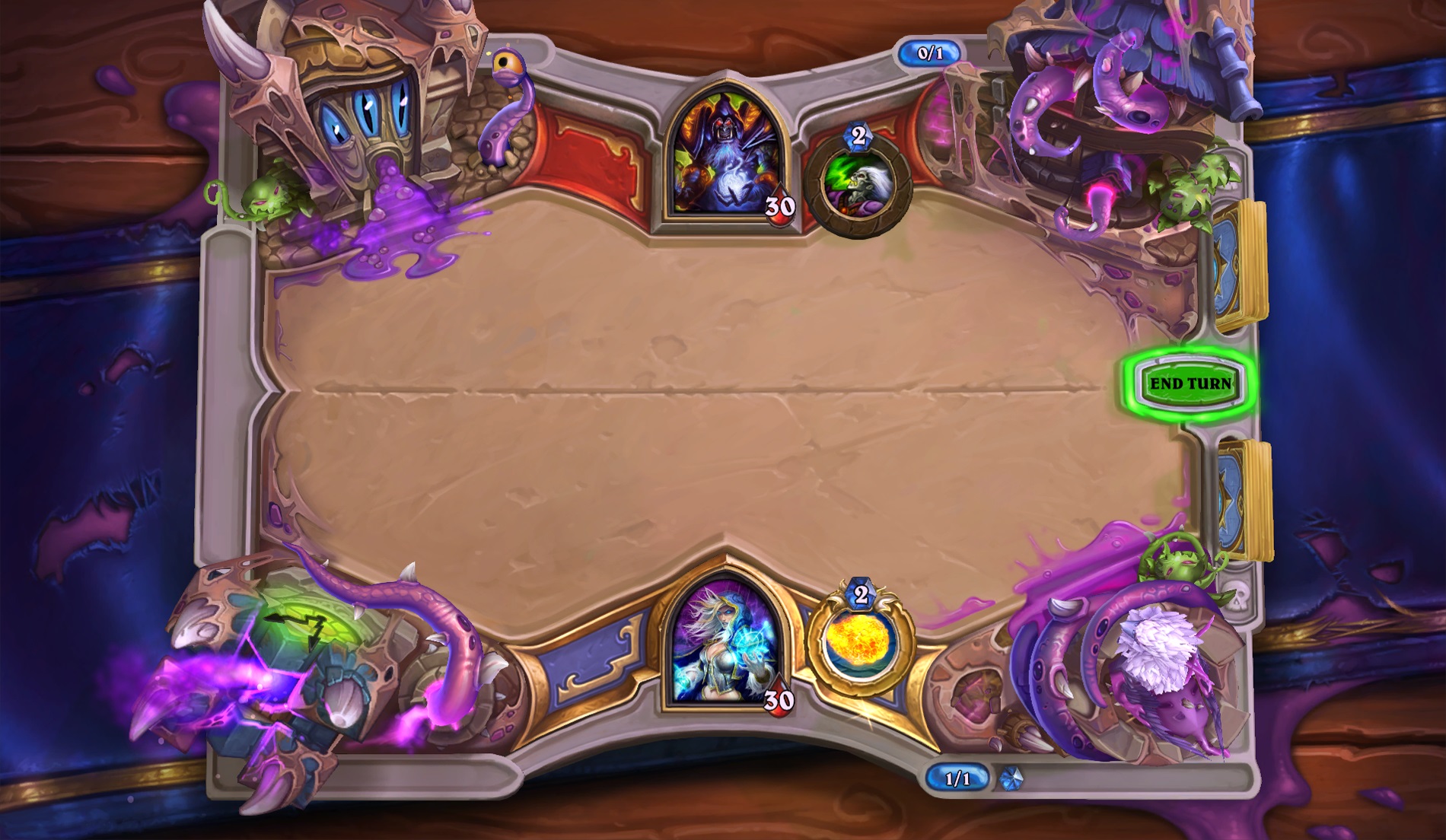 I guess Blizzard heard me

Well met! Whispers of the Old Gods, the new 134-card expansion for Hearthstone, is now available for you to purchase or spend in-game gold on. Upon your next login, you’ll be rewarded with three free packs with the first pack you open containing two copies of Beckoner of Evil and the legendary C’Thun.

Players can earn 10 more free packs by winning 9 total games in the new Standard mode that launched today, which is the mode that will be used for official Hearthstone tournaments from here on that limits certain cards from being used.

Those who want to play with their whole collection of cards can still do so in the Wild mode, which also launched today though it is technically the mode we have all been playing from the start.

Also added is a new game board, some nerfs to cards, and the “sorry” emote has been removed and replaced with a “wow” emote. I guess Blizzard must have read my opinion piece about gaming needing more safe spaces. Thanks, Blizzard!

As someone who had played Hearthstone obsessively since launch, I stopped when the Standard and Wild modes were announced, but I’m not sure why. Now that they are here I can’t help but think the game is better off for it and it’s a better time than ever to play. The playing field is fresh again. I’ll be sinking time in again as soon as I have the time to sink in!