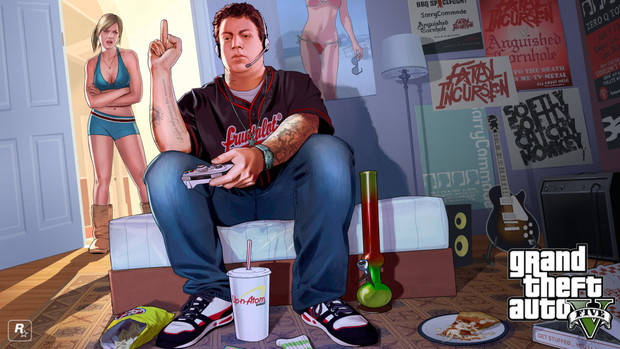 [Sometimes great community blogs come from Dtoid staff, and this piece by Brittany Vincent is no exception. Want to see your own words on the front page? Go write something! –Mr Andy Dixon]

As unfortunate as it was that I didn’t receive my first PlayStation until two years after its initial release date, the waiting allowed for the scrutiny of certain releases. For example, I had been marking it down to purchase PaRappa the Rapper, and was looking forward to purchasing Lunar: Silver Star Story Complete. The anticipation killed, but I had an idea of the library I was wanting to build in my mind. By the time I had received these games and the PlayStation was nearing its final years, my father came home one day with a sequel to a title that I had never gotten to play: Parasite Eve II.

“This just came out today,” he’d informed me, unwrapping it and looking it over. My nine-year-old eyes immediately scoped out the Mature rating on the cover, and my heart sank. Prior to the PlayStation age, I had been allowed to play most any game I had asked to, having logged countless hours in Doom and Rise of the Triad. However, as the years passed it seemed my parents were trying harder and harder (to no avail) to shelter me from as many adult themes as they could. With the advent of the original Parasite Eve and its sexual references, I had been asked to choose a different present for birthdays prior.

“I guess I won’t get to play it, then.” My father thumbed through the game manual, and shrugged. I’ll never forget how he gently removed the disc from its jewel case, and handed me the disc.

“This one is supposed to incorporate RPG elements,” he said with a smile. In that moment I knew I would be trusted with any game I chose to play, because I had proven myself responsible and level-headed.

It wasn’t like now, where an obnoxious brat cries enough and Mommy will buy him Grand Theft Auto V. In those days there was a semblance of dignity and responsibility. That’s right, kiddos. Some of us were victims of the ESRB. However, I had cleared this final hurdle, and as I gingerly placed the disc into my PlayStation, I knew that Parasite Eve II would be my portal into additional “adult” games beyond Duke Nukem and Wolfenstein.

My father knew me and understood me, and it was a mutual agreement between the two of us that I was mature enough to handle such subject matter. It was an informed decision on his part, and evidence that I was growing up.

These days it’s almost a sin that any game that parents believe their “precious little angel” isn’t ready for gets released at all. If a game is allowed out in the wild that contains gratuitous violence, sex, drug usage, or blasphemy of (insert religion of choice here), those very same parents must ruin the fun for everyone by protesting that their kids don’t need to see it, or it’s corrupting the youth of the world’s minds. It baffles the mind how ignorant some parents can be.

ESRB ratings were created for the purpose of assuaging overprotective parents; to give them a guide by which to buy games, not to listen to little Timmy Brat about how “awesome” and “explosion-y” and “coooooool” a certain game is until the parent gives in and buys it just to shut the yammering child up. Fast forward to the kid popping a Mature-rated game into his Xbox One. He lets one curse word slip and all of a sudden it must be the game’s fault for teaching him such foul language. Never mind that little Johnny Public was flipping children off on the school bus a week prior. A hubbub is made surrounding a game that has already somehow managed to annoy half the general public, and all because one weak-minded parent couldn’t handle the fact that her child cursed, even though he had similar offenses prior to the purchase of the game.

It never ceases to astound me how videogames have and seemingly always will be the scapegoat for terrible parents to hang their blame upon. Here you have individuals such as myself and no telling how many other adults who had been exposed to “violent” videogames early on in life and have turned out responsible, sensible members of society who (contrary to popular belief) don’t hold ritualistic sacrifices, murder small children, or aspire to become mob bosses. Growing up, my father had the sensibility to grant me permission to play the games that I wanted to because he felt I was of the right state of mind and of a sufficient maturity level.

Until parents learn how to read and take an active interest in what their children are playing rather than shooing them outside away from their field of vision, or ignoring them completely, this is going to be a recurrent problem for years to come. If there are any parents out there reading this, I urge you to read and take an active interest in what your kids are actually playing. Don’t assume just because your child wants it that the game in question is right for them to play. Similarly, don’t buy into the hype that other overprotective parents have created for a certain game. The rating on the box and a simple amount of research should be the only tools you need to determine whether or not your precious offspring should be on a certain title. You wouldn’t advise your child listen to everything everyone else told them to do, why would you listen to what every other parent complains of?

If we’re to combat this senseless war against “violent games” that many are taking away for the sake of children, it has to start with a little knowledge and a bit of parenting skills. Don’t ruin it for us all, pretentious soccer moms. Get to know your child, and their habits beyond what is displayed in your home. Get to know and love the ESRB system, for God’s sake, it was placed there for your benefit.

Now if you’ll excuse me, I’ve got some soldiers to light up with my P90. Sadly, I’ll probably have to listen to your seven-year-old insult my looks, religion and sexual orientation repeatedly because I shot him down despite his obvious use of a modded controller — until some parents learn how to, well, parent.